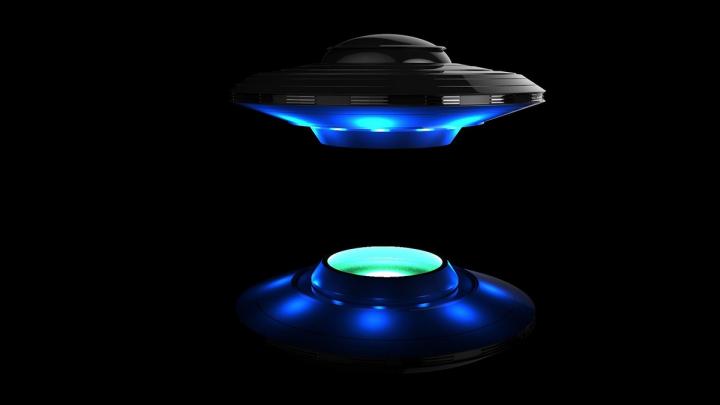 It’s a great time to get into UFOs. The US Navy officially published three previously seen, but unconfirmed, videos of unidentified flying objects. Journalists have dug up incident reports of Navy pilots interactions with strange objects flying in the sky. Senate Former Majority Leader Harry Reid believes in aliens. But at the height of the recent revelations from the Navy and Pentagon, /r/UFOs—Reddit’s premier gathering place for all things UFO—was automatically blocking posts that used the words “Navy” or “Pentagon,” and was also deleting posts about a recent incident in Brazil.

This censorship has led to infighting on the subreddit. /r/UFO moderator axolotl_peyotl cried foul when he noticed other moderators culling posts with the word “Brazil” days after people filmed a UFO above Magé. “A huge number of people saw lights in the sky [of] Magé, and nobody is talking about it now. Yesterday, it was even on the Trending Topics, but now, it seems like everyone forgot,” redditor monaizin asked.

The moderators were aggressively culling posts about the incident. “I see a lot of stupidity in this thread, so let me just make it absolutely clear: mods here do not censor. If a post is stupid or offensive it will be removed. If it is a hoax, we’ll remove it,” a moderator said in the thread.

But the community and at least one other moderator disagreed. “The other day I started to get a flood of private messages and username notifications regarding censorship of an alleged UFO event in Brazil on /r/ufos,” moderator axolotl_peyotl told Motherboard in an email. “When I was informed that comments and threads with ‘Brazi’” were ‘disappearing’ on /r/ufos, I immediately thought to check the automod settings.”

When axolotl_peyotl checked the automod, he found that ‘Brazil’ had recently been added to the list of restricted words. “I could also see the history of the edits on the spam filter. And not only that, one of the /r/ufos mods had been ‘tweaking’ the automod on a daily basis for a very long time,” axolotl_peyotl said. “Even more surprisingly, included in the spam filter were words like ‘moon’, ‘pentagon’ and ‘navy,’ with the latter two having been added 17 days ago…when the Navy admits to having and then actually releases UFO footage, a healthy UFO forum does not then add the word ‘navy’ to the spam filter.”

After browsing around more, axolotl_peyotl said he found the thread where a moderator called the community stupid. “I’ve made boatloads of mistakes in the past, but I would never write a comment like that, and any /r/conspiracy mod spouting that rhetoric would undoubtedly face repercussions,” they said. “You DO NOT call your community stupid. Ever. It’s a cardinal sin, really. I’m unequivocally dedicated to the well-being and health of my community, full stop.”

axolotl_peyotl called out the mods and formally requested they have their privileges revoked. “I’m willing to give these individuals the benefit of the doubt: they likely believe themselves to be well-meaning and operating with the best intentions for this sub,” they said. “Unfortunately, the will of the community here no longer reflects the vision of the mod team, hence the need to address these issues head on.”

With the blessing of the community and support from other mods, axolotl_peyotl removed the mods who called the /r/ufo community stupid and auto-censored words like ‘Brazil’ and ‘Pentagon.’ Now, /r/UFOs is looking for new moderators, and the front page of the subreddit now includes posts that reference terms once automatically removed. Just this once, it looks like censorship lost.