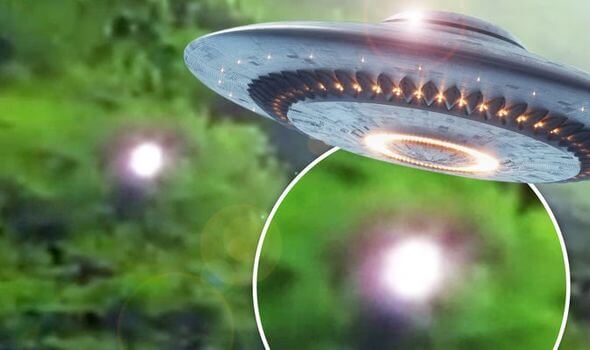 UFO conspiracists claim a newly-emerged video is evidence of alien visitors to the South America wilderness.

The short video clip quickly went viral online because some suggest it depicts a glimpse of a spacecraft of alien origin.

I have to ask, who is watching who here?

The amateur smartphone footage appears to show a shiny anomaly flashing eccentrically behind some dense undergrowth in Mexico, earlier this month.

The eyewitness and his family were reportedly visiting Hue Titan Canyon.

This is a famous mountainous forest in Guadalajara, Mexico.

Mr Waring took to his UFO Sightings Daily blog in an attempt to explain the rationale behind his latest find.

He said: “The family noticed a strange shiny object in the trees moving around and changing shape.

“It looks like an alien sphere that is exploring and analyzing the forest life.

UFO sighting: This photo was captured in New Mexico in the 1950s (Image: Getty)

“Aliens are not just interested in humans, but also care about all things in nature.”

He went on to say: “Knowledge is what they seek.

“However, this one is very close to the people.

“So I have to ask, who is watching who here?”