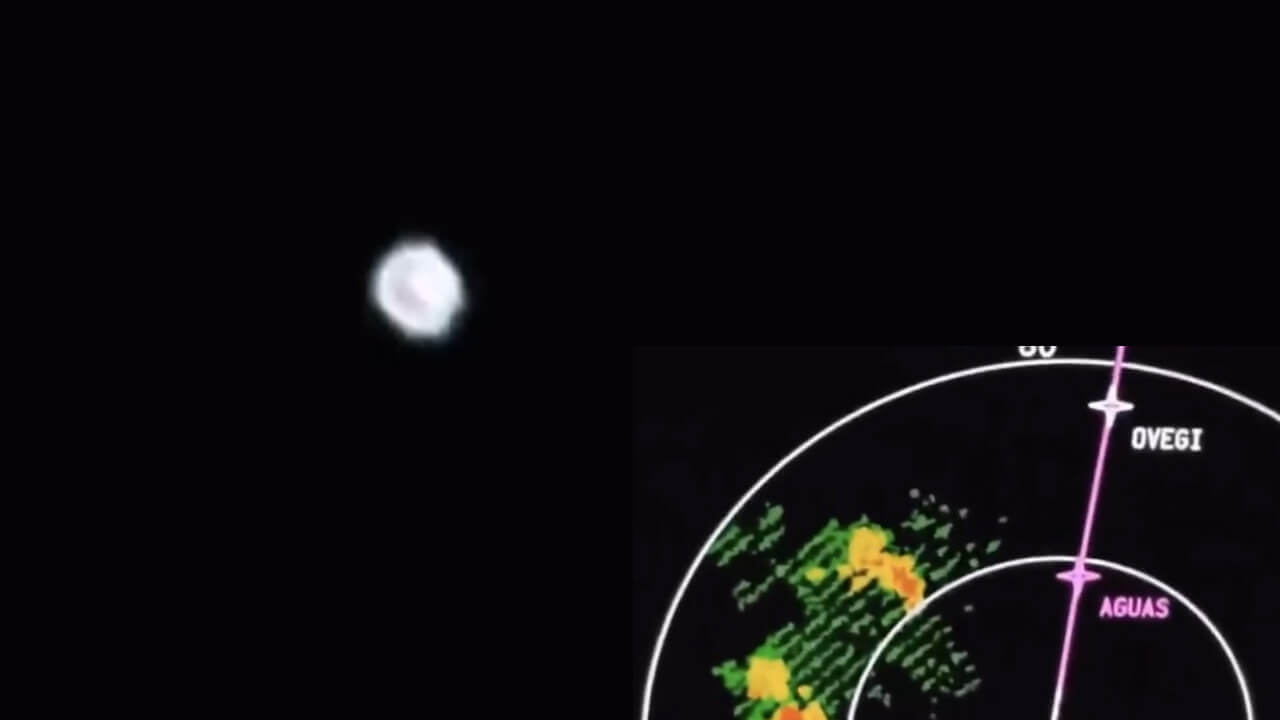 Airline pilot (19 years exp. + 10 years of military flight exp.): “I have never in my life been witness to such phenomena however my first officer and I were in complete awe. I have multiple still photos and 4 videos that I would love to share with your network and with the world. forgive a slight delay in the submission as i had my doubts about reporting such occurrences but have no doubts as to what was witnessed. forgive some of the chatter and expletives but this was otherworldly. I have still photos as well.”

The incident began when the First Officer, looking across to the left side of the cockpit, saw a yellowish white light descend into view from above. He first believed that it was a meteor and began to say so when it suddenly stopped near the same altitude as their aircraft. The UAP/Light then projected an illuminating beam of bright, white, light on their aircraft, and appeared to take a collision heading.

At this moment the Captain also saw the beam of light projected onto their aircraft from the UAP/Light. Both crewmen, in the belief that an aircraft with its landing lights on had turned onto a collision heading with their aircraft, took a defensive attitude and prepared for evasive control inputs.

As they prepared to avoid the apparently approaching UAP/Light, the beam of light illuminating their aircraft ceased, and the UAP/Light suddenly accelerated to the same speed and heading of the aircraft, maintained separation, and paced the aircraft. While estimating distances is difficult the Captain, a former tanker pilot experienced with night-time flight operations, suggested that the UAP/Light maintained a distance of approximately 1-2K ft from the aircraft. Near the minimum allowable separation of 1,000ft.

​​Unfortunately the video doesn’t capture the initial decent and movement of the object. I have no reason to doubt these pilot’s testimony or no explanation what this thing could be. VERY COOL!