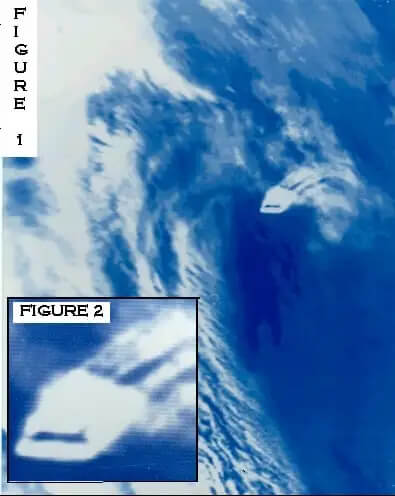 For many years, UFO researchers have been collecting data on unidentified aerial phenomena. They have visited a tremendous amount of locations, interviewed thousands of witnesses but mysteries still remain. Does it mean they are looking at the wrong places? Probably true, because the Podesta UFO emails revealed that only hard scientific data could help. The emails state that the federal government does collect UFO data with its Defense Support Program (DSP) satellites.

In “Forbidden Science 3: On the Trail of Hidden Truths,” Astronomer and UFO researcher Jacques Vallee wrote that it is possible to check for the presence of objects within 10 days of a sighting with reconnaissance satellites. He went on to say that Dr. Christopher “Kit” Green, a former CIA official who worked 20 years in the agency and Tom Deuley, a retired Naval officer had access to satellite data.

It should be noted that since mid-1960, the Department of Defense (DoD) has been using low earth-orbiting satellites that provide the military with important environmental information (Defense Meteorological Satellite Program, DMSP) and act as Tactical Warning and Attack Assessment system ( Defense Support Program, DSP). Each DMSP satellite has a 101-minute orbit and provides global coverage twice a day.

On March 3, 1986, a well-known UFO researcher Bruce Maccabee received a phone call from a man referred to him by Budd Hopkins. The man named James Bounds wanted Maccabee to analyze one photo that was swiped by his friend from the weather office at Elmendorf Air Force Base in Anchorage, AK on October 11, 1978.

Bounds’ friend John T. Smith, who worked in the Air Force, told him that the North American Aerospace Defense Command (NORD) went on full alert when they saw the photo. It had been untouched for years and remained in the drawer until his friend told him about it.

The photo was investigated by Harley Rutledge who wrote “Project Identification: The First Scientific Field Study of UFO Phenomena.” It seemed to be real. Besides, The National Enquirer was willing to pay $50,000 for the rights to publish the first satellite photo of a UFO if it could be proved to be a UFO.

During the phone call, Bounds told Maccabee that the photo contained a rectangular vehicle with no wings and 4 contrails, flying at 45,000 ft and traveling at Mach 6 or more. It was taken about 40 km southwest of Vladivostok, a Pacific port city in Russia.

Maccabee was skeptical about the image and did nothing until Bounds’ next phone call in the summer of 1987. He got interested in this case when Philip Klass sent him some material about the photo. He found out that Smith had taken the photo while being on duty.

According to Smith, the photo was verified as coming from a defense weather satellite, and he determined that the strange object was at about 45,000 ft and traveling at 4,000 to 5,000 mph.

Maccabee did a deep analysis of the photo and the results were fascinating. The colored photo was derived from a DMSP satellite negative (as shown below). It had a rectangular object that he described as an automobile without wheels.

In his report, Maccabee wrote: “Because of the shape of its rather sharp outline and the dark rectangular area within the image, the AI looks somewhat like an automobile without wheels viewed obliquely from above.” Behind the object, there were curved white lines that looked similar to vapor trails produced by aircraft engine exhaust.

Maccabee explained that the whole image was created line by line like a TV set. So, if there was any relative motion between satellite and object then the photo could be distorted. He confirmed that the unknown object in the photo was not a cloud, satellite, meteor nor aircraft flying near the surface of the earth. Unfortunately, the exact shape and nature of the object could not be determined.

He concluded that if the DMSP photo would have been available soon after it had been taken then he could determine the other satellites’ location, their dimension, and space junk orbiting in 1978. In the end, he said: “If there was no such satellite, then this could have truly been classified as an unidentifiable object.”

Was it just another big UFO leak? But maybe due to lack of publicity and available information, Maccabee could not determine what it was exactly. Perhaps, it was a UFO.