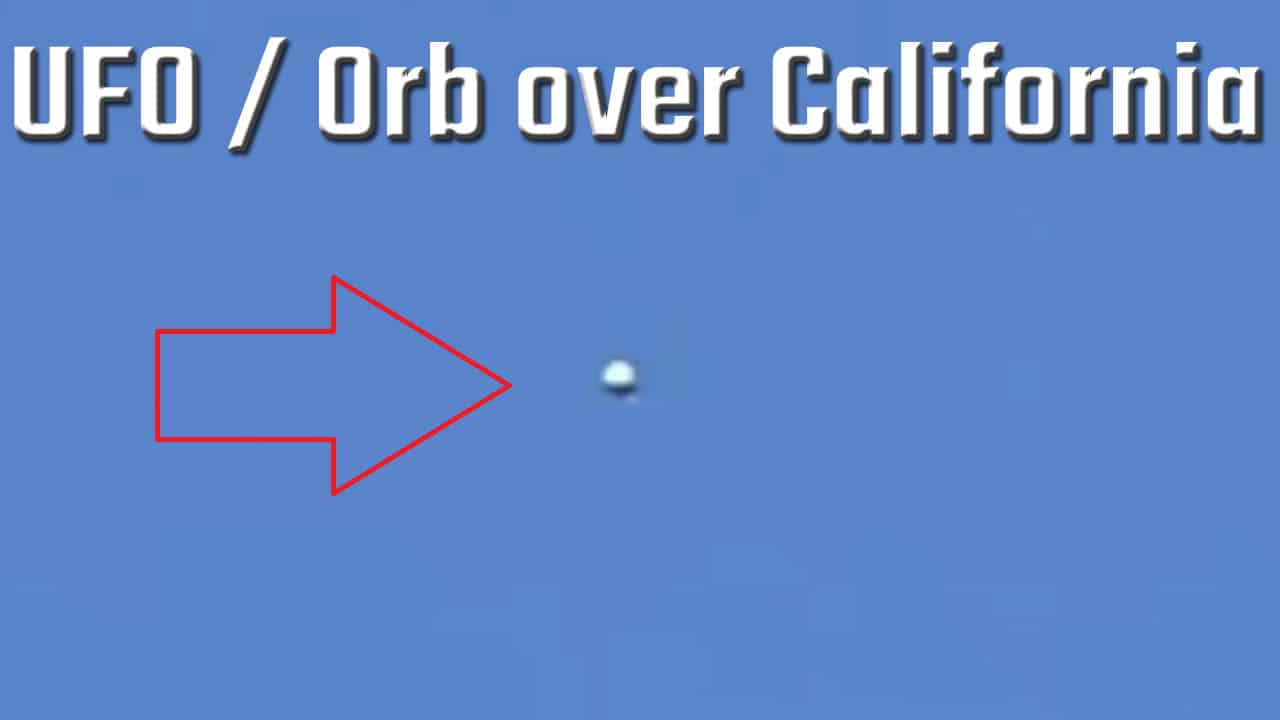 This bright unidentified flying object or orb was hovering in the daytime sky above Encinitas, California on 28th February 2021.

Witness report: White orb travelled across sky. Stopped. Then changed direction and came towards us before ascending and vanishing from sight. On Sunday late afternoon, we watched and partially filmed a prominent white orb travel across the sky. It was moving from North to South, when we first saw it. I called for my son to go grab my cell phone. When he retrieved the phone he began to film it. He pointed the phone towards the eastern sky. At this time, the object stopped moving North/South and hovered in the eastern sky. It then proceeded to move from east to west towards the coast. We followed if for a couple of minutes before it ascended and disappeared from our view. In the video, the erratic movement is due to my son not holding the phone still. The object did not move erratically. it moved in a straight and deliberate path and hovered before changing direction (90 degrees). It was very high in the sky (near to wear we see airplanes). It was much larger than a balloon and smaller than an aircraft by my estimation. It was white, spherical, very reflective, and had no visible characteristics of a plane, common drone, or hot air balloon. Approximately 15 minutes after it disappeared, a small non-military personal aircraft circled the exact location in the eastern sky where the object hovered. It did multiple, tight circular passes, which seemed odd. It then left the area. 5 minutes later, 3 military ‘Osprey’ aircraft came into the same airspace (heading from west to east). This may have been unrelated, as we often see military planes heading in this direction frequently going to and from Air Station Miramar.