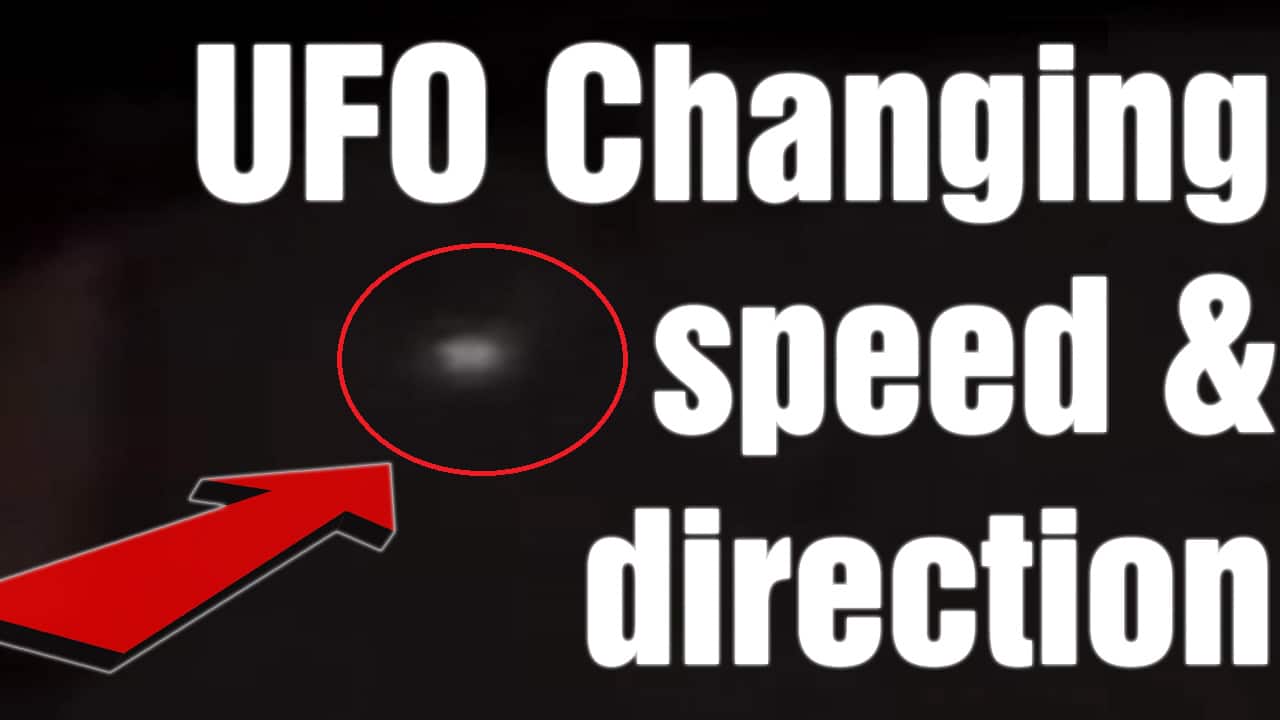 This interesting footage of an unidentified flying saucer was filmed over Burbank, California on 11th November 2020 but it was just today released on MUFON’s website.

Witness report: Mid-November 2020 at around 8:30 pm I was in my backyard with my dogs when I saw what, at first, appeared to be a comet/asteroid, at a very high speed, streaking in from the NW and then just stopped. It hovered for a moment and then began moving downward, as if just falling. It then shot to the left and down, then up again at an impossible rate of speed. I immediately ran in to get my cellphone and began shooting. It was still there and was moving around left, then right, then falling and shooting up again. It was a cloudless night. Both the Moon and Venus were a bit higher and to its right. It would vanish and then reappear, like it was going behind a cloud, but there were no clouds. I could see it shoot up, again at incredible speed, with my eyes and then vanish. I moved the camera upward and it caught sight of it, began to glow brightly (to the eye it was green, on the camera it appears white). At the end it began falling and then just vanished. It did not reappear that I could see although I waited for a while. This is the second report I have given to MUFON. The first was a sphere that appeared directly in front of me, also in my backyard, at 4:00 am in the morning in August 2020. It remained hovering around 8 to 9 feet in front of my lemon tree. It was 6 to 7 feet in diameter with a pale aqua blue ring surrounding it, which looked like it had some sort of liquid in it. It was completely silent, all the crickets had stopped chirping and there no sound whatsoever. I live up in the hills of Burbank so it’s like a graveyard here at night with the exception of crickets. I was stunned and excited – began speaking with it saying how excited I was to see it, that I always knew non-terrestrials were here and so blessed to be able to see them. I place my hand over my heart in a gesture of gratitude while saying how grateful I was for the experience. The sphere (with the most beautiful white light I’ve ever seen – that cast no shadow) blinked brightly twice at my remark and gesture. At some point I broke off the conversation and went back inside. I looked out of my blinds in the den and it was still there – stationary, hovering. I thought I should get my camera but then after about a minute, maybe less, it just vanished the same way it appeared. I saw nothing come down and nothing go up. Just vanished into thin air. Weeks later I was speaking with my Chris who lives two blocks over from me and higher up the hill. I told him what happened and thought he would think I’m a total moron. To my shock he said he’d also seen the same sphere, but moving up and down the mountain then vanishing at a high rate of speed, two years ago. Chris is a pilot so he understands that this was a technology we do not have. He said the pressure from those movements would make pumpkin seed out of a human being. Since that time I have photographed and seen multiple different ships. One of them, I call the worm, is always showing up. I know that Skunkworks used to be housed at Burbank Airport down the hill – it’s the only thing Chris and I can come up with for why they’re here so much. At any rate, I will send you my video from November and some images of the worm at 5 x zoom.