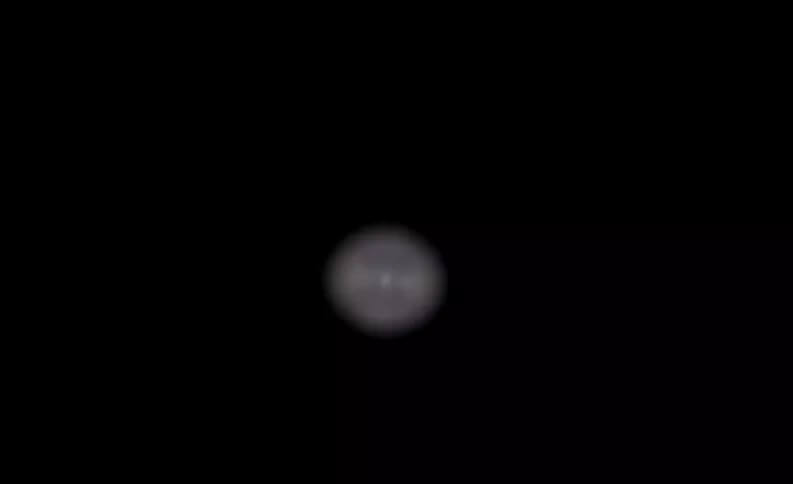 A video taken in Mauritius shows a spooky looking glowing orb shining in the sky. It was actually created by fuel released by a SpaceX Falcon 9 rocket. (Image credit: <a href=”http://www.youtube.com/watch?v=b6CBEYht3ws”>Aeolia Shenberg</a>)

SpaceX’s first launch from California on Sunday (Sept. 29) gave some unsuspecting observers a little more than they bargained for. People on the ground in southern Africa and the islands of Mauritius and Reunion started reporting an unidentified object flying the sky about an hour after the Falcon 9 v1.1 launch from Vandenberg Air Force Base, Alan Boyle at NBC News reports.

A video taken in Mauritius shows a spooky looking glowing orb shining in the sky. While reports of a UFO abounded, Greg Roberts, an astronomer from Cape Town, South Africa, explained what the mysterious sight really was to The New Age. The orb was created by fuel or propellant released by the rocket’s second stage, Roberts said.

After the Falcon 9 deposited its payload in orbit, the second stage released the remainder of its fuel to prevent an explosion during re-entry. Coincidentally, sunlight shined down on the fuel, making it glow. See a video of the “UFO” below: