UFO Gatekeepers: You Shall Not Pass 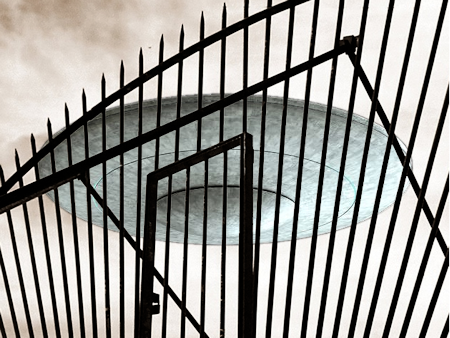 Leslie Kean and Ralph Blumenthal who also broke the Times’ 2017 AATIP story, follow up on their tic-tac, paddywack, give a Navy dogfight a bone story to the now even more sensational retrieval of off-world vehicles.

If my multi-decade experience with the UFO subject has taught me any one core truth, it boils down to the following observation. The modern-day UFO subject has been dominated for the last seven plus decades by humans deceiving humans and because the deceivers are affiliated with domestic or foreign government agencies, what truly lies at the core of the UFO phenomenon cannot be unequivocally ascertained until the role of those agencies is brought fully to light. A tall glass to fill indeed.

I am not talking about the MIB, or MJ-12, or the IPU, all mythical or made-into-myth organizations that have no basis in reality. I am referring to, at least on our side of the pond, our run-of-the-mill agencies like the CIA, the DIA, and in years pass the AFOSI. Now it is the ONI – the Office of Naval Intelligence – that is taking the central role in this hall of mirrors.

We are enticed to believe that soon, some of the ONI’s UFO findings will be shared with the public, although I am not holding my breath for clarity but just further muddying of  the UFO waters,  likely generating more questions than answers. I anticipate the “findings” will be piecemeal-ed out in a very controlled manner using the same human mouthpieces that have been serving their intended purposes from 2017 until the present day. It won’t just be Kean and Blumenthal but also Mellon, Elizondo, de Longe, and Silva, who will act in there already pre-established roles as “gatekeepers”. Those who came before them like Knapp and Moulton-Howe have long since served their purpose of pushing false narratives like the Skinwalker Ranch. New gatekeeper blood has emerged but the myths they are helping to build have at their base the dung hill of deceptions past.

You may remember the iconic movie scene from the Lord of the Rings, The Fellowship of the Ring where the wizard Gandalf prevents the demon Balrog from crossing the bridge; slamming down his magical staff while uttering the words, “You shall Not Pass!” The bridge crumbles and the Balrog falls into the chasm. UFO truth seekers who shun the sensational and instead critically explore and research facts are just as doomed to cross the UFO bridge of enlightenment, stopped from further progress by the sponsored gatekeepers of the UFO narrative.

Playing an analogous role to Gandalf in UFO world are the UFO mouthpieces who release and promote their sensational UFO news stories, oftentimes fed by an inside source.  Ego-driven by their “chosen” status and preconceived beliefs, they are more than eager to regurgitate the sensational allegations, irrespective of glaring red flags. Facts and journalistic integrity often time take second place to getting the story out. The UFO narratives that make it into the mass media flow directly from deceivers through these gatekeepers and alternative narratives simply cannot compete. Conspiracy and sensationalism sell and anything mundane simply falls away into the deep black void.

Gatekeepers most likely are not cognizant they are being taken for a ride, although I would venture some do and simply don’t care. Others are just plain old naïve and truly believe they are the conduits to imminent disclosure. Some may think they can role play their way to the inner circle of UFO enlightenment when in fact they never make it over the bridge themselves. Some may even be cognizant of their roles and the masters they ultimately serve.

Critical thinkers will see it as just the same ole nonsense of imminent disclosure they have been hearing about for years. Jack Brewer discusses the same in his recent blog article UFO Debris, Disclosure, and Congressional Investigations. If you think Senator Marco Rubio is a visionary for pushing for Congressional briefings, then take the time to read this 1988 document. Congress has had an interest in UFOs since Kenneth Arnold kicked off the modern-day UFO era in 1947. Since that time, neither the most ardent UFO believers who scream  Cosmic Watergate nor the official agencies that had UFO investigation oversight until 1969, have been able to muster sufficient concrete evidence to interest the scientific community or to grab the short attention span of politicians. Congressional inquiries have gone nowhere.

And are we supposed to believe that by the time the Air Force stopped investigating UFOs in 1969, that the Office of Naval Intelligence (ONI) was asleep at the UFO wheel for decades? If the ONI wants to truly brief the public, they can start by explaining what the hell they have been doing with UFO intelligence since 1947.

UFO Gatekeepers come and go, but what always eludes us is the plain and simple UFO truth. Instead it is obfuscated, muddied, built on deceptions and minutely orchestrated by those who control the narrative for selfish reasons. The same old gatekeepers show up time and time again in UFO circles, monopolizing the news cycle; propped up to media roles, their sensational voices drowning out logic and reason. Did you catch Linda Moulton Howe’s cameo on the History Channel’s The Secret of Skinwalker Ranch?

When they have outlived their usefulness, UFO Gatekeepers are sidelined, and new young guns take their place. The sooner you accept that UFO disclosure is a fallacy, the less disappointment and frustration you will endure when the ONI’s findings do not live up to your expectations. But if you insist on skipping and hopping your way across the bridge to UFO enlightenment – just remember that like all who desired the same before you and were denied – You Too Shall Not Pass.