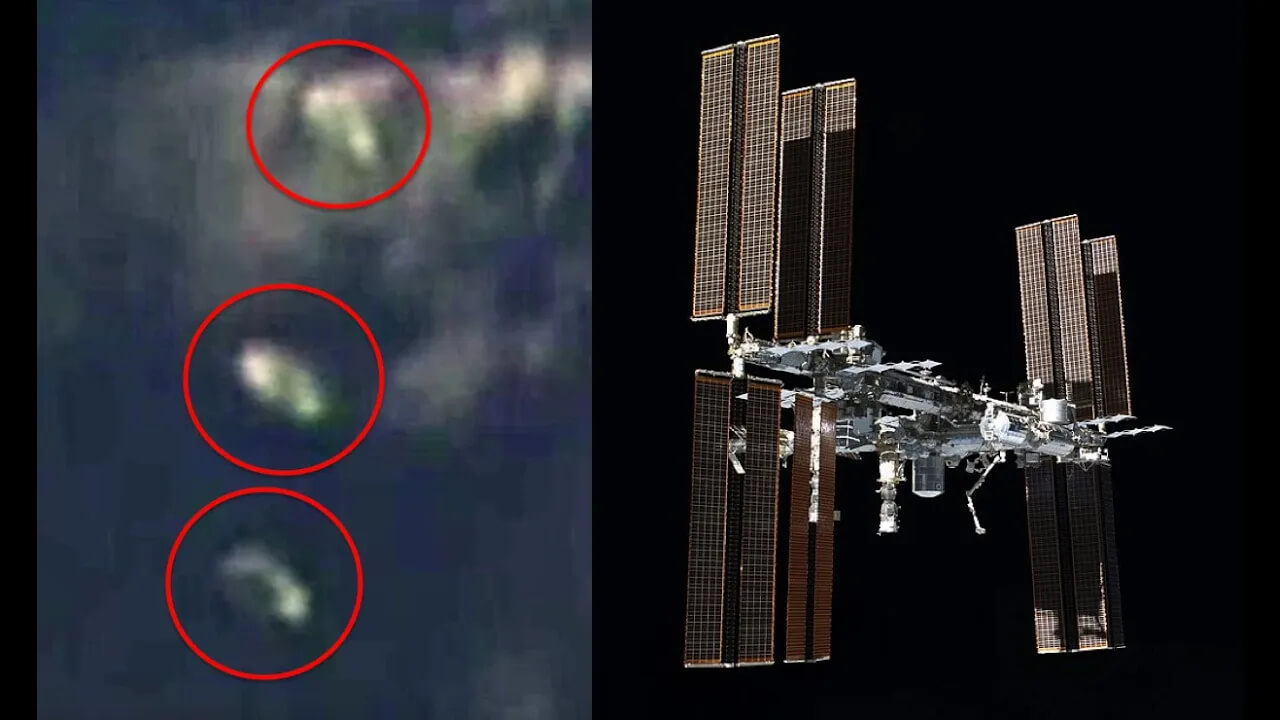 A UFO expert claimed that the live streaming cameras mounted on NASA’s International Space Station (ISS) caught a fleet of alien vessels hovering over the ocean on Earth. The expert speculated that these vessels may have come from an underwater alien base.

According to Scott Waring of ET Data Base, he came across footage of the alleged alien fleet as he was going through the live feed from the ISS’ cameras. The footage recorded by these cameras can be accessed through the UStream website.

In one of the recent videos taken by the ISS, Waring spotted three strange objects that appeared to be hovering over the ocean. Based on their appearance, the objects have similar sizes and shapes. Waring estimated that each of the oval-shaped objects could be about 2 miles wide.

Upon analyzing the video, Waring concluded that the objects were flying above the clouds, which clearly indicated that they are not islands. In addition, based on the video, the objects appeared to be moving in formation. These factors led Waring to believe that ISS’s live cameras captured a fleet of UFOs.

“Notice that one of the UFOs is over the cloud, not below the cloud,” Waring wrote on a blog post. “This is 100% proof that these are not islands, but are flying at cloud level. These UFOs are about 1-2 miles across and each is perfectly distanced from the other.”

According to Waring, since the objects were spotted over the ocean, they may have come from an underwater alien base. He noted that the objects might be preparing to leave Earth or they have just arrived and were preparing to submerge when the video was taken.

“I was watching the live NASA space station cam and noticed three oval disks over the ocean. This looks like a fleet of motherships rising up from the ocean floor from an alien base,” Waring posted.

“The three UFOs are a fleet, preparing to leave Earth’s atmosphere or perhaps entering our ocean,” he continued. “One thing is clear…a UFO this size cannot hide very well from the ISS live cams even if they can hide from our primitive radar technology.”