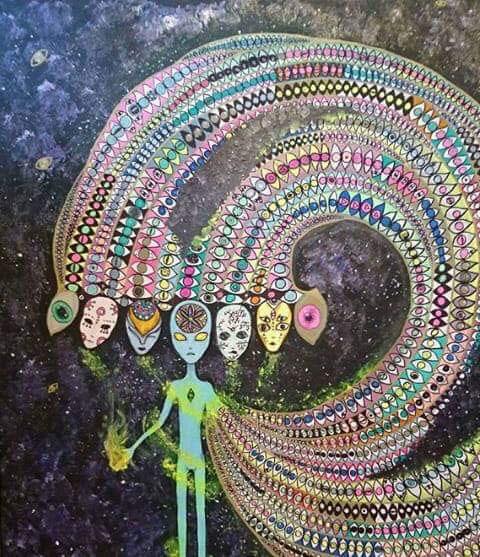 For the last 2-3 years, a major mainstream push has developed in regards to the Disclosure of UFO’s and the awareness that the US government has been involved in secret programs that were designed to study these craft. There were some slow but steady drip disclosure narratives before that, such as Hillary Clinton speaking on UFOs on the Jimmy Kimmel show in order to re-brand the term to UAP – Unidentified Aerial Phenomenon. This move to change the name is also designed to move away from the conspiracy and ‘tinfoil hat’ wearing stereotypes that the media has created over the last few decades to undermine those who have been exposing these truths.

What was once a far fetched conspiracy theory is now being validated by the mainstream media  ̶̶ the same media we have learned not to trust entirely due to their obvious corruption and manipulation. Many who have been researching Ufology for years have suddenly been masked on search engines by outlets such as MSNBC and CNN; in which the same exact few incidences and UFO sightings are continuously circled. There is an obvious split within the movement to disclose the presence of UFOs and Extraterrestrial beings visiting Earth now or in the recent, or ancient past. The drip disclosure narrative is designed to release information in a way that will not upset the masses to the fact that we have been lied to and advanced technologies and awareness have been kept from us for decades, if not centuries.

How much of this information does the elite of the world know, and will there be a day when it is released?

There is a plethora of online information providing evidence that the currently accepted timeline of human history is far from the truth. We see proof that humanoids as advanced as us, if not even more so, have existed on Earth 1000’s of years before what our history books tell us. The notion that we are the most advanced and evolved form of a human, or any other being that has existed, is becoming less likely. Discoveries in Peru and North Africa suggest that there were other humanoid species co-existing with us in the ancient past. The truth of our existence and why we exist on this planet now is beyond imagination. The question is: how much of this information does the elite of the world know, and will there be a day when it is released?

Tom Delonge, former singer of Blink 182 and UFO enthusiast / researcher, has been attempting to disclose the presence of the AATIP program with Luis Elisando and other Ex private corporation and Department of Defense members. The disclosure of the craft and the technology they use is only a small piece to the puzzle, and seems to be a part of the controlled agenda narrative. These individuals have said that they do not believe that any government or organization on Earth has the technology to create what the military officials are seeing in the field. There are programs that utilized extremely advanced technology that could look Extraterrestrial and was originally reverse engineered from an ET Craft. A Triangular craft that is on YouTube of a advanced craft owned by  the DOD. However, Delonge showed a craft specified that part of the existence of To The Stars Academy is to begin to research these craft in order to create our own advanced technology to counteract this threat. To The Stars and the US Government disclosure push is attempting to release technology / craft that currently exists by saying that they are going to create it in the future. By saying that they need to crowdfund and inform the public while they are doing this creates a situation where the public may not act in mass hysteria or anger when they are slowly drip fed the truth.

What is the truth? We are, and have been visited by many forms of Extraterrestrial and Interdimensional beings for possibly the entire history of Earth… including from inside our own planet.

2 factions in the search for truth

There is an obvious split that has divided into more than 2 factions in the search for truth and full disclosure of many aspects of existence, including UFO’s, ancient history and the nature of reality. If there was a movement on the planet that would be infiltrated due to its importance, it would be this one. The reason for this is that this mystery delves into many universal questions such as: Why are we here? Where did we come from? What technology are they using? What form of power / energy are these craft utilizing? Are there better ways and solutions to our problems on Earth? The answers to these questions could rock the power structure on the planet and shift the scale to the masses. Institutions have been created to take control of those components that keep the consciousness of the planet in check, and utilize our own power of manifestation to create a reality of control and victim-hood. Divide and conquer is real, and has been used by the self-proclaimed “Elite” since recorded history and beyond. The split between groups, friends and researchers can be disheartening and it is easy to take sides and blame the other for being an operative or agent. The truth is that we are all human and we have our own opinions and perspectives which does not mean the other is controlled opposition. The ones who are not in the light and speaking truth with integrity and discernment are beginning to be exposed. We need to ride this out and see where we end up. It has been foretold and scientifically proven that the Earth is going through changes that will result in an overall upgrade to our consciousness. There seems to be some hurdles on the way to liberation, and that is OK. The truth will be exposed.

Are the Unidentified Aerial Phenomenon craft a threat?

If you follow the Tom Delonge movement and anything associated with mainstream disclosure, you will notice a common thread… Almost every segment ends with someone speaking on how we need to figure out what and who these craft are because of the fact that they are an “Aerial Threat.” Even though there has been no sightings or information out about these craft attacking or harming any other beings or US craft. About 2 years ago the word ‘threat’ was loosely used and then as time progressed it seems to be the cornerstone of their story. It is interesting that all the individuals assisting To The Stars are members of the DoD / Pentagon and speaking on threats and creating technology to weaponize space. Where is the evidence of the threat? They are not presenting any. Use discernment as you observe the mainstream disclosure movement since they do not seem to have the public interest in mind, and are not using discernment and facts themselves when speaking about this phenomenon

What Will Happen from a (Slow )Drip Disclosure?

Their agenda is backfiring. More people are entering the awareness of the fact that we are not alone in the Universe. Advanced technologies and science are redefining the way we perceive ourselves and reality. The awareness and technology exists to eradicate hunger, poverty and pollution from Earth exists now. There is no turning back. The cure for illness, cancers and ailments of the human psyche are here now. Psychedelic research has led to decriminalization of plant medicines in specific cities in the US such as Oakland, California. A new world is emerging and whether you are conscious of this or not… you still can’t deny the changes that are occurring, technologies that will change our lives and the information being disclosed exponentially. All it takes simple internet search to discover some deep truths and the research and evidence grows every minute. The time is now to reclaim our sovereignty and remember what has been lost to us for 1000’s of years