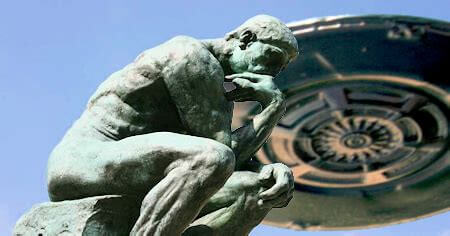 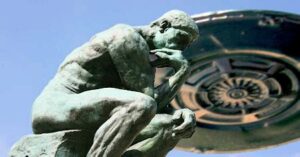 We’re often just not all on the same page when it comes to discussing UFOs. It might help if some of us interested in the subject read a little more material (or any material) on topics such as standards of evidence. It can get really tough to keep rational perspective if front loaded with tales of Core Stories and secret sources. This writer highly encourages integration of healthy skepticism into attempts to form opinions and beliefs, such as perhaps reading an article on critical thinking at least once out of every dozen or so clicks on a sensational UFO story link. So I wrote one! Please read on.

There are some widely recognized critical thinking questions to ask when we consider a person’s point as presented in an article or during a social media discussion. A few of them:

What are the issue and conclusion?

What reasons are offered?

What are the assumptions?

Are there logical fallacies in the reasoning?

The answers to such questions should help us form reliable assessments of how much weight we should give the story. For instance, if a writer does not seem to state a pretty clear issue and conclusion, we’re off to a really bad start! I jest, but there are actually a concerning number of articles on UFOs and paranormal topics that seem to meander and wind much more than they state particular purposes.

If they seem to be fairly clear and systematic about their point, it is reasonable to question how they arrived at it. The more direct the route, the better. It’s generally agreed that conclusions based on the least number of hypothetical scenarios have the strongest foundations. Another way to look at that is to say if their argument is based on hypotheticals, then it’s an opinion, and you’re entitled to hold an opposing one. Burden of proof is always on the claimant.

Sometimes we make assumptions when we don’t even realize it. Assumptions are often mistaken as facts, but a few easy fact-checking techniques can quickly clarify. Sources should be provided for assertions, and they should be verifiable. Chains of custody of documents and similar such evidence should be readily available. If statements of assertions are attributed to other sources, then those sources should have verification of their claims and chains of custody for their evidence. While someone may thoroughly believe fragmented memories are indicative of alien abduction, it is, of course, an assumption based on many hypotheticals (as mentioned above).

Logical fallacies are patterns of reasoning rendered invalid due to flaws in their logical structure. These are bad. You don’t want to find your latest book purchase full of ’em! A common logical fallacy is Ad Hominem, which is attacking the personal character of an individual rather than directly countering specific points of their work or argument.

Another is Appeal to Authority, which is the other side of the coin from Ad Hominem. That’s when a point is submitted based solely on the reputation of the source, with no regard given to verifying its authenticity. Just because the FDA said it, that does not exempt the statement from reasonable fact-checking. Same with PhDs about a vortex on a ranch in Utah (see above about lines of reasoning and number of hypotheticals required).

Whether or not we agree to respect standards of evidence universally recognized by the professional research community, it is important to understand them. While we may be willing to entertain some of the more maverick and creative ways of exploring subjects of interest, we should know how far we might be veering from the established template. This allows us deeper understanding of why our ideas and research may be dismissed. It is also important to realize that if UFO researchers want to be embraced by mainstream science, which has been a battle cry for 70 years, they have responsibilities to at the least understand, if not conform to, scientific protocols and standards. Otherwise, don’t complain your Pentagon boss isn’t interested in your project.

Like many people, I was interested in UFOs and related topics in part because I considered myself open minded. I thought there were things I might be willing to entertain that more rigid and dogmatic people would not. In hindsight, I think many of my beliefs about UFOs were formed in error, largely based upon incorrect information presented by those who package and traffic it.

When exploring and discussing such material, nobody likes to be minimized and called stupid. We are all at different points in our UFO awakenings, and those of us who are sincere should be allowed the necessary room to grow. Mistakes happen. Misinformed opinions happen. Personal experiences are open to interpretation.

However, we should remain aware we can learn from both sides of the desk. If we want people to be tolerant of our beliefs and better understand why we embrace them, then we too can better inform ourselves why such people reject certain sources of evidence or hold it in low regard. It works both ways.

It is through the process of effectively dissecting the collective UFO body of material in which we come to more stable terms with our beliefs, our hopes, and our fears. We learn about the world we inhabit and, ultimately, ourselves. I sincerely hope you find this blog a useful tool.