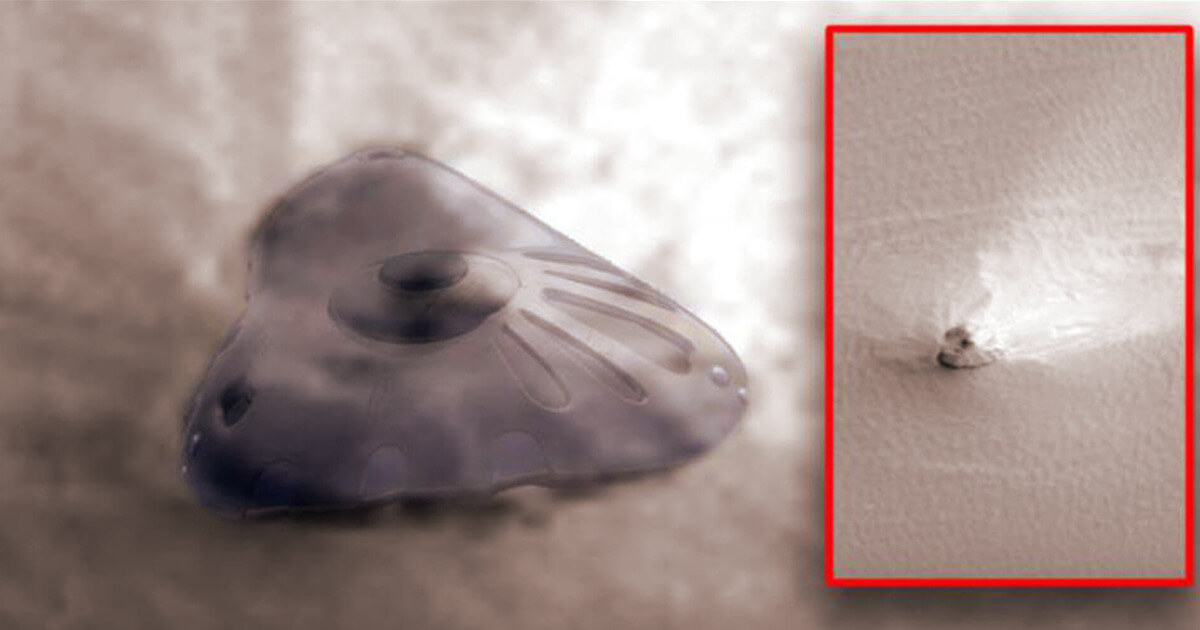 On the surface of Mars, a giant ancient 600-foot-wide UFO was recently discovered. After a thorough examination, the experts determined that it could still be used to zip around in if we could only get our hands on it.

Currently, we have teams from Russia, the United States, and China operating in space, so if they can recognize this as a significant discovery and recover it, we will be able to develop our existing technologies hundreds of years into the future, to say the least.

And if we can’t get it to work, we’ll be able to use it to confirm the presence of alien life somewhere, so it’s always worth the ride.

The discovery was made by a user called UFOvni2012 on November 21st, when he discovered the image below in the archives of the Mars Global Surveyor.

However, we must work together to obtain it for the sake of humanity, since it would be much too much for any major world superpower to govern, to say the least. It was discovered in the Medusae Fossae region of Mars, and was named after the mythological figure Medusa.

We know there’s something unusual about it because everyone else is shrouded in dust and sand, but this UFO sits above it all, unfazed.

Steve Wingate claims that the photograph is a fluke, and that it is just a rock structure rather than a UFO. What are your thoughts?