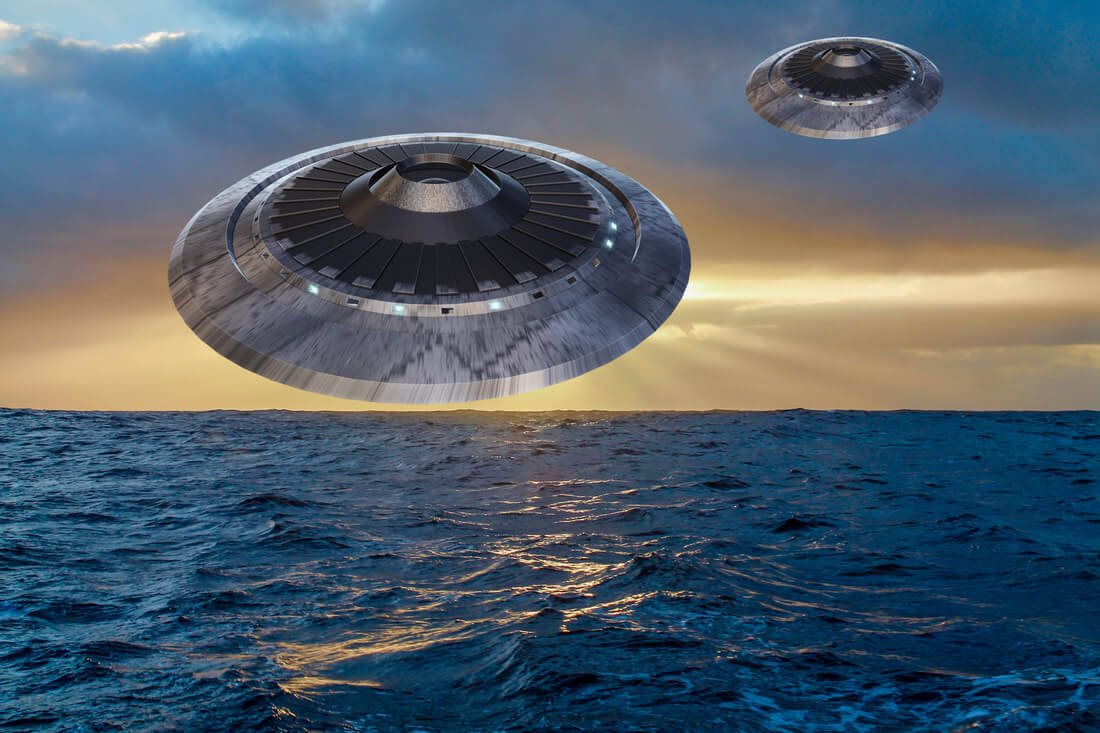 Everyone is familiar with George Adamski who was probably the first alien contactee that got a lot of media attention. But there was one guy who claimed to have been in contact with extraterrestrials earlier than Adamski. Daniel Fry of Minnesota not only saw a flying saucer but also rode in it and even made a contact with the pilot of the ship. It began in the 1950s, when he worked as a technician for White Sands Proving Grounds (now known as White Sands Missile Range) in New Mexico. Besides, he had good knowledge of rocketry.

On July 4, 1950, Fry had his first contact when he intended to go to Las Cruces for fireworks but accidentally missed his bus. He decided to remain in his army camp room situated in the deserted place. It was hot and stuffy in the room, so he went outside to feel the fresh air. It was around 8:30 p.m., the sun was already down and the sky was full of stars. Fry was walking down the road and after a half-mile distance, he found something unusual over the peak of Organ mountains. Suddenly, one of the stars moved, but Fry tried to calm himself and thought it was just an airplane, but soon he realized that it was something not man-made.

“No weather balloons were sent up at night, and a weather balloon would be rising quite rapidly: therefore it would only eclipse a star for a few seconds.”

That time, flying saucers were often called “Russian aircraft,” as there was tension between the US and Russia due to the cold war. Fry said: “If the Russians have ships like this, God help America.” Fortunately, being a technician and working near rockets and missiles, soon he understood that it was not an aircraft.

A metallic object of an oval shape passed Fry and landed at least 50 feet away from him. He started approaching the craft unconsciously in curiosity, as it was related to science. When he was just a few feet away from the unknown ship, he began circling it. According to his calculations, the UFO was 16 feet in length from top to bottom, 30 feet in diameter, and had a dark blue color.

Fry tried to touch it, but out from nowhere, he heard a voice saying in English: “Better not touch the hull, pal, it’s still hot.” It was so silent in the place and no human was there at that time. This gave him a chill and he stepped several feet away from the ship. But he again heard the voice (friendly) asking him to calm down. The voice actually belonged to an alien who called himself “Alan,” and he was communicating with Fry via telepathy. The ship was actually a cargo carrier, remote-controlled from a big spaceship that was orbiting the Earth, 900 miles from the surface. Interestingly, the ship was sent for research and to grab bacteria’s present in the Earth’s atmosphere for a study.

“Step in and take a seat if you wish to ride. We don’t have too much time,” Alan said. He sat on one of the seats and the ship took off and flew him to New York City and returned back in only 30 minutes. The ship was moving at a speed of 8000 miles per hour, but Fry hardly felt it. He was released at the same location after promising to maintain further contact. Alan said that they were descendants of the previous earthly civilization that moved into space in the distant past.

The two great civilizations ended up each other after advancing in superpowers. Those who survived the war left Earth and went to Mars, restarted their civilization, and kept observing Earth.

Fry wrote several books, including “Alan’s Message: To Men of Earth,” sold out photographs of the spacecraft taken in daylight, and founded a spiritual NGO called Understanding, Inc. in 1955 at El More, California to spread the message of Alan and his civilization. His first book was published immediately after Adamski. It outperformed in comparison to other contactees.

Then, he agreed to take the live lie detector test but unfortunately failed. Fry explained the lie detector machine could not find a difference between correct and fake answers, so he did not care about the test and stood strong on his claims.

Fry was married thrice. With his first wife Elma, he had three children. His second wife died of breast cancer, and his third marriage with a woman named Cleona lasted until his death on December 20, 1992.