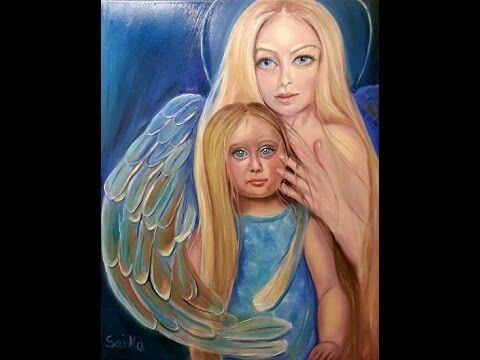 During 1977 to 1979, before moving from Venezuela to Puerto Rico, Ramon Rosa Alvarado had a series of unique experiences as an observer in a local Venezuelan UFO Group which was being contacted by UFOnauts who told the local contactee there that they came from the PLEIADES.

At that time Alvarado and his wife were living near Ciudad El Tocuyo, Distrito Moran, Venezuela in a sugar cane growing district. Reports of strange

were occurring almost every night. They would be seen approaching from below the crest of a small sparsely vegetated mountain above the sugar came field, and would fly about in the sky in all directions in a random fashion. Word had gotten out about the almost nightly visits, and people from all around began coming to the area to witness the phenomenon.

One night around eight pm, Alvarado and his wife watched many different colored glowing objects of luminous disc-form flying shelter over the cornfields. They were of blue, green and amber radiance and were estimated to be 15 to 20 feet in diameter. Ramon counted 25 such craft on this occasion. Some of them approached quite close, and some hovered low over the came tops and in other places only a couple of feet above the ground. The upper level of these operations was only about 400 to 500 feet above the ground surface.

On this particular night the witnesses saw a large number of shiny silver metallic balls, non luminous but highly reflective, also flying around in the dark sky. Though these spheres were not luminous, they could nevertheless be easily seen in the light of the other disc-shaped UFOs. The balls reflected the many lights of the larger craft flying about. There may have been as many as several dozen such shiny balls only a few inches to a few feet in diameter, in several sizes. The silver balls kept moving rapidly and did not stop and hover like the luminous disc-shaped larger craft.

On another night a few weeks later, Ramon and his wife joined a group of about 80 people who had come to witness the phenomena. It was a Wednesday evening (the objects seemed to be most active in mid-week) and they had seen the lights below the top of the large hill.

Suddenly they saw three of the blue and green 15 to 20 foot diameter glowing disc-shaped flying objects about 400 to 500 meters to the north of their position. The objects were situated, one over the river to the north near the left road, another to the right of dead center, between the two roads, and a third over the cornfield across the road to the right. As one of the witnesses started down the road to the left with a Jeep, to get closer, the one to the far right began to approach up the right road. Alvarado and his wife were standing to the right and the light came slowly toward them. Suddenly a ball of white light about one meter in diameter burst into view in front of them and began to fly a tight vertical circle about 12 to 15 meters in diameter only a few feet away. Mrs. Alvarado fainted (besvimte) from fright.

Then a much larger round glow of light came on in the distance, across the river towards the hill. It must have been huge, because all of the disc-shaped craft and the white ball of light raced toward it and went inside, and the whole thing rose and flew away as one object. Before they departed, however, the disc-shaped luminous craft on the right that was approaching up the road stopped, and an array of horizontal light beams of several colors including blue, green, violet, amber and orange came “ON” on top of the object and radiated out horizontally. Then they began to rotate like helicopter blades, in a counterclockwise direction. These light beams blinked out before this object went toward the larger light in the distance and went into it.

There was a principal witness in that vicinity whom these alien visitors picked up and contacted directly. They addressed the contactee in his native Spanish but they conversed among themselves in another language. When he asked what language it was, they called it IRDIM. They said it was a proto-Sumerian tongue used long ago on Earth by their predecessors here, and that most other languages used on Earth today were derived from it. They said that their ancestors came from what we call the PLEIADES.

These Pleiadians, like those visiting Switzerland, also describe two other planets in our Solar System no familiar to us today. They called one of them Nemus an the other Siris (these are our spellings from the phonetics used). They say that these planets will be found in orbits between what we call Neptune and Pluto. The visitors to Switzerland said they were both beyond the orbit of Pluto.

The visitors to Acaya said one was side and one outside the orbit of Pluto. We are unable to account for these disparities, however the fact that all spoke of only two may be significant. They all mentioned undiscovered moons for the sub-suns Jupiter, Saturn, Uranus and Neptune, and they have now been proved to be correct in 3 out of 4 and one still to be survey by close observation. They all said that there were many inhabited planets in the vast Pleiades systems. They were all aware of other human and non-human visitors to our planet at this time, and each was in active contact with some of those others.

A friend of one of the sugar farmers, Guillermo Torres of’ Hacienda Las Cruces, near Ciudad El Tocuyo successfully photographed one of the larger ships visiting this locality. It is seen as a large lens-shape circular craft with a wide low profile transparent translucent dome on top. It occasionally radiates light from the rim, and some of this light is seen in the photograph. The skin surface of the craft seems to be matt gray in color and has a brushed metal finish. Two craft was an estimated 400 meters away when the picture was made.

They all operated, used or shared bases of limited accessibility in high mountain peaks and in equally inaccessible under ocean locations.