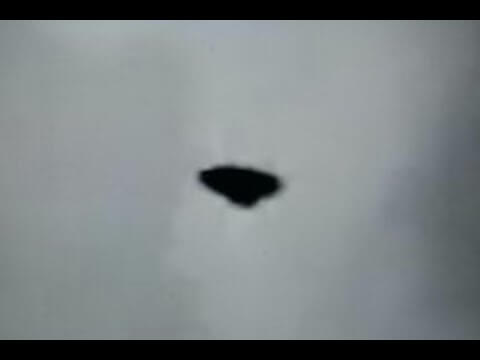 Lately there has been a lot of interest in Unidentified Aerial Phenomena (UAP), or what used to be called UFOs. The fascination has not been limited to the general public: It is increasingly spreading among scientists as well. Reports of mysterious objects in the sky are nothing new, of course. They have been occurring since ancient times. But traditionally, most scientists have not taken the subject seriously. Why is that?

One reason is that more than 90 percent of observations can be easily explained. Even those that cannot are usually based on eyewitness accounts, and it is well known that our perceptions are easily fooled. Compounding the problem is that UAP observations are nearly impossible to replicate. You cannot take a sighting, stick it in a lab, and replicate the observations. This is true no matter how many people observed the phenomenon.

Add to this the giggle factor surrounding this topic. For scientists, the stigma connected with such research can have serious consequences for your career. The unfortunate result is that observations without easy explanations typically remain unexplained.

The situation may be changing, however. Following up on its 2021 report about UAP, the Pentagon has created a new All-domain Anomaly Resolution Office with the objective“to synchronize efforts across the Department of Defense, and with other U.S. federal departments and agencies, to detect, identify, and attribute objects of interest in, on, or near military installations, operating areas, training areas, special use airspace, and other areas of interest, and, as necessary, to mitigate any associated threats to safety of operations and national security. This includes anomalous, unidentified space, airborne, submerged and transmedium objects.”

NASA also is weighing in. The agency’s own study of UAP is due to get underway this fall.This is not the first time government agencies have tried to get to the bottom of what’s going on with UFOs. Probably the most famous of these studies is Project Blue Book, conducted in the 1950s and 1960s.

But these official projects are not what’s changing minds today. The greatest change is that we are finally able to start applying the scientific method to UAP. This becomes clear in the Pentagon report: “Most of the UAP reported probably do represent physical objects given that a majority of UAP were registered across multiple sensors, to include radar, infrared, electro-optical, weapon seekers, and visual observation.”While eyewitness reports can easily be dismissed as optical illusions, it is harder to explain away something observed using different methods and covering different parts of the spectrum.

A case in point is a paper recently posted on a scientific server by three scientists from the Main Astronomical Observatory of the National Academy of Sciences of Ukraine. For their study, Boris Zhilyaev and colleagues used two observation stations — one in Kyiv, and the other 120 kilometers away. Color video cameras recorded objects moving across the daytime sky at high speed, with exposure times set to just one millisecond and the frame rate set to no slower than 50 frames per second.

The cameras did record several hits. Some of the objects were luminous, while other very dark objects registered zero albedo, meaning they reflected no sunlight. What all of the objects shared in common, though, was that they were moving at extremely high velocities — up to 282 kilometers per second. Compare that with the Earth’s escape velocity of 11.2 km/s, which is the speed required to overcome our planet’s gravity and escape into space. No physical human-engineered object could get close to such velocities within the Earth’s atmosphere. Yet based on colorimetric methods, the scientists determined that the observed objects were only a few miles above our planet’s surface.

Interestingly, the data showed that the objects’ brightness was correlated with their speed. That might lead us to speculate whether these objects are extraterrestrial spacecraft using some unknown propulsion system. Here again, science provides at least some help. Based on papers such as one published in 2010 by Harold Puthoff from the Institute for Advanced Studies at Austin in Texas, we can theorize what the signatures of exotic propulsion systems might be. If a ship had a kind of warp drive capable of modifying the space-time continuum, nearby observers might see a blue-shift toward higher frequencies of light, observe time running faster, and feel the presence of anti-gravitational forces.

No doubt, we should be extremely careful with such speculation. Could the observations from Ukraine simply be the result of instrument malfunctions? Can we really be sure they represent physical objects in motion? The measurements seem consistent with each other, and one UAP was observed by both telescopes. But the authors still do not put these questions entirely to rest, so the answer for now is that no, we cannot be sure. But even if the observations turn out to be an artifact of the instruments themselves, that information would be useful.

Other exciting recent developments in this field are the Galileo Project led by Harvard Professor Avi Loeb, and the work of Kevin Knuth from the University of Albany and colleagues, who have investigated a much-publicized UAP observed by the Nimitz aircraft carrier group in 2004. Garry Nolan and his team have used novel technologies to gain further insights into residues associated with UAP observations such as the well-known Council Bluffs sightings over a town in Iowa in 1977.

So where does this leave us, 75 years after the famous UFO sightings in Roswell, New Mexico? Today as then, the vast majority of UAP observations can be easily explained. But a small portion cannot, and this means that over time we have accumulated a list of sightings that are still genuinely puzzling.

The good news is that technology has advanced to such a degree that we do not have to just stop there. We should begin by getting rid of the stigma associated with UAP research. Let science do its work. I don’t know what we will find. We might at least discover some previously unknown natural phenomena similar to sprites and elves. But the payoff could be much greater: solid evidence that we are not alone in the Universe.