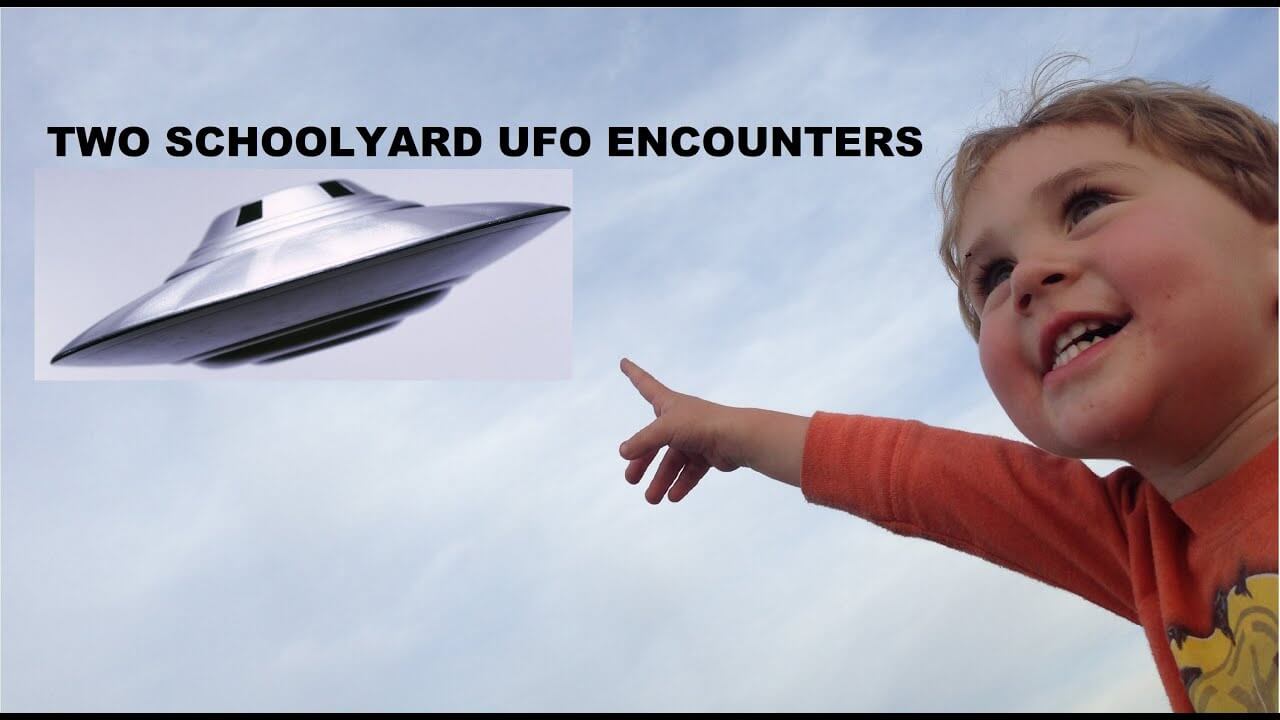 Preston Dennett
There are several very famous incidents involving Schoolyard UFO Encounters. The Ariel Elementary School Incident in Ruwa, Zimbabwe; the Westall High School Incident in Melbourne, Australia; the Broadhaven Elementary School Incident in Wales; the Crestview Elementary School incident in Opa-Locka, Florida; and the Hillsdale College incident, in Hillsdale, Michigan (to name a few!) But what many people don’t know is that these cases are just the tip of the iceberg. There are well over 100 documented cases of UFOs hovering over schools. Not only hovering, but in about 1/3 of the cases, the UFOs land and/or humanoids are seen. This video presents two incredible cases, both which occurred in May of 1977, separated by four days and less than 100 miles. Unlike the above cases, these received zero publicity, and were very nearly lost to history. In this video, you will hear the testimony from the fathers of two young schoolgirls who were firsthand witnesses to a Schoolyard UFO Encounter. The first case took place on May 2, 1977, at an un-named elementary school in Downey, California. The case involves a very low-level sighting, has multiple witnesses and some very unusual effects. The second case took place on May 6, 1977 at Ocean Knoll Elementary school. It involves humanoids and an apparent landing. Schoolyard UFO Encounters have been occurring since at least 1950, and are still occurring today. These are not normal sightings. Unlike your average encounter, these cases are almost exclusively daylight encounters, very low level, long-lasting and involve many, many witnesses. ETs are targeting schools in an apparent agenda to announce their presence to the world in a very subtle way. The question is, why?