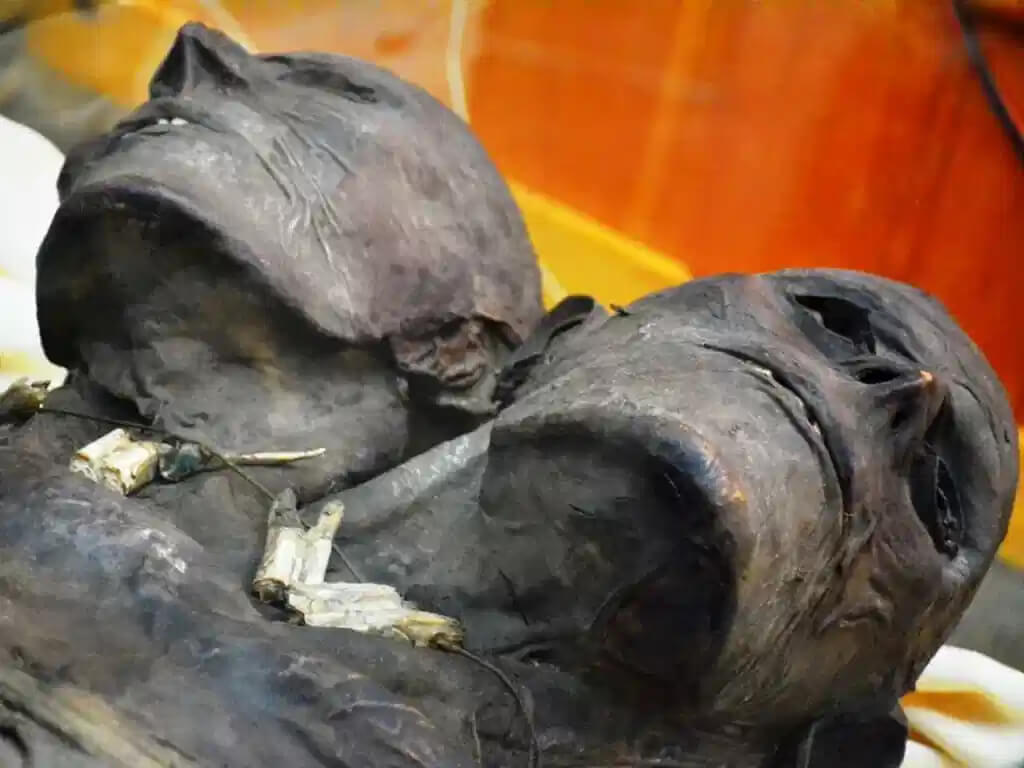 Archaeologists have long been discussing the existence of giants in the ancient history of our planet. There is some written information in different cultures which at some point talks about meeting with giants. These mystical creatures are known for their enormous size and shape. A normal human appeared to be a dwarf in front of them. From Ancient Aztecs to ancient Egyptians, there is a record of the presence of giants.

Artifact researcher from Austria named Klaus Dona devoted himself to finding artifacts around the world that cannot be proved by science. During an archeology excavation in the south, he came across several bones that were twice the size of a human. According to him, the mask found in Bolivia could belong to giants of over 2.6 meters.

So, the giants belonged to the ancient Nuragic civilization. An unknown group of explorers discovered traces of some ancient Polynesian giants and reportedly found their well-preserved bones.

Do all these facts sign that the giants lived not just in one specific part of the planet but everywhere? Researchers are still looking for the answers, meanwhile, there is a bizarre two-headed giant known as “Kap Dwa” who possibly reached the height of 12 feet (above 3 meters).

From the earliest European account, it has been rumored that the South American region known as “Patagonia” was once the home of 12 to 15 feet creatures (maybe a different human race), and the giant Kap Dwa could be one of them. During his expedition, Portuguese explorer Ferdinand Magellan saw a giant near Puerto San Julián, Argentina. He described him as “quite naked, and who danced, leaped, and sang, and while he sang he threw sand and dust on his head.”

The story of two-headed giant Kap Dwa begins in 1673, when Spanish sailors heard the rumors that a giant cannibal lived on a desert island near the coast of Patagonia. Terrified sailors decided to invade the island and head to capture the giant. During the expedition, the sailors fired at the giant in fear, seriously injuring him. It is believed that he died of bullet wounds in merely two days on the ship.

It is not clear what happened next, but his body was preserved in the large barrel of alcohol on the ship. After that, his body was acquired by a Catalan merchant who displayed the giant corpse in a glass box and in a while, it mysteriously disappeared or was stolen.

Later in the 19th century, the corpse of a two-headed giant was seen in Dover, England. It was owned by a showman to attract audiences with a promise of unique experiences and genuine chills. The corpse passed through the hands of many showmen until it arrived at Weston’s Birnbeck Pier, located in North Somerset in 1914. Later, it was sold to Lord Thomas Howard who sent the mummified body of the giant to a hospital in Baltimore, Maryland, the USA for proper analysis. Anyway, the test never happened in fear that it would result in bad consequences.

The remains now acquired by Robert Gerber and his wife who are the owners of Bob’s Side Show at The Antique Man Ltd in Baltimore. Among all other stories, Gerber has a different one. According to him, Kap Dwa was not killed by sailors but by the natives who accompanied the expedition to Patagonia and wanted to exchange the giant for weapons. In addition, Gerber points out that abdominal wounds coincide with spear wounds, not gunshot wounds.

The authenticity of this story is still doubtful, but there is some solid proof about the existence of giants. Besides, from the scientific point of view, we cannot deny the fact that one of the giants could have had two heads, as such abnormality also rarely presents in modern humans.