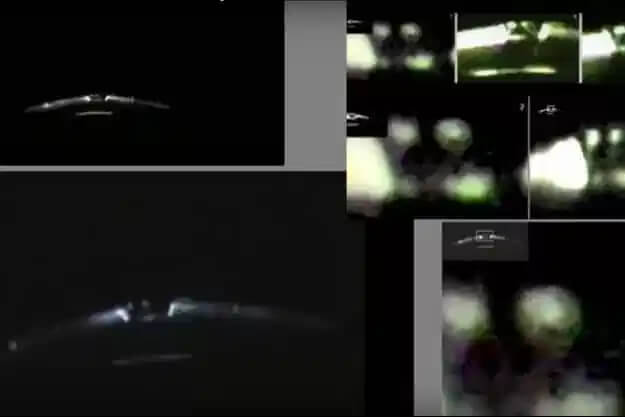 A series of UFO incidents occurred between 2007 and 2009 in the town of Kumburgaz, situated near Istanbul, Turkey. The events stunned the media and UFO enthusiasts after the images and videos of the sightings got viral on the Internet. The video evidence of UFOs shared by a nightwatchman named Yalcin Yalman could be another strong proof of the existence of extraterrestrials who are watching our planet.

Back in 2008, Yalcin Yalman worked as a night watchman at the site from where he shot all these amazing videos of the UFOs, hovering over the Marmara Sea near Kumburgaz. He even showed his second-hand camera to the media in a press conference held at the Dedeman Hotel in Istanbul.

Yalman said he started recording the strange crafts as a hobby to pass his time in the night. Due to the shaky videos, some skeptics claimed that the mysterious objects over the skies of Turkey could have been a US stealth drone or other aircraft. But numerous experts confirmed that the videos were authentic. Besides, there were many people who witnessed the same unknown crafts in the sky.

Originally, the video was analyzed and made public by the Sirius UFO Space Sciences Research Center led by researcher Haktan Akdoğan. Haktan said the UFOs were often seen by civilians and military pilots during an International UFO Congress in 2009.

Yalmans camera was equipped with a zoom option which allowed him to even capture the pilots, sitting inside in one of the crafts. The image is shaky due to the hand movements while zooming. However, with the editing software, the video was stabilized, and the result shocked everyone. Two humanoid figures could be seen in the image with large black eyes and oversized heads.

Haktan Akdoğan noted that these are the most important images in Turkey and in the world, saying: “We see the heads of not only one UFO, but also of two beings in the images. This is the first in the world.” He further added that those images would have a great impact on Ufology. He had been researching UFOs for 22 years and never seen something like this. He stated: “These are the most remarkable images taken in Turkish history.”

[In translation] Akdoğan stated that “these beings are generally seen in areas rich with resources, volcanic areas, and historical places. They started to come more frequently after nuclear tests. Maybe the released radiation also harms the cosmic neighbors, we disrupt the balance in the universe. Maybe they observe this dangerous process.”

It was not the first time when the Turkish people were surprised by alien activities. In 2001, a farmer met with an alien in the village of Narli. He responded by throwing stones at him until the creature disappeared in the air.

The next bizarre claim comes from Turkish singer Reyhan Karaca who represented Turkey at the Eurovision Song Contest in 1991. She told the Turkish newspaper about her abduction story in 2009. According to her, the aliens were friendly and only communicated telepathically.

TÜBİTAK, the Turkish government agency for scientific and technological development seized the video and analyzed it with the intention to prove it a hoax. Interestingly, they found it 100% real. In addition, they concluded that these objects in the images with physical and material structures did not fall into any known category of flying objects.

Some skeptics stated that Yalman shot the top of the private yacht that was present at the horizon between sea and sky. And the figures in the images could be humans in Halloween costumes, partying on the ship at that time.