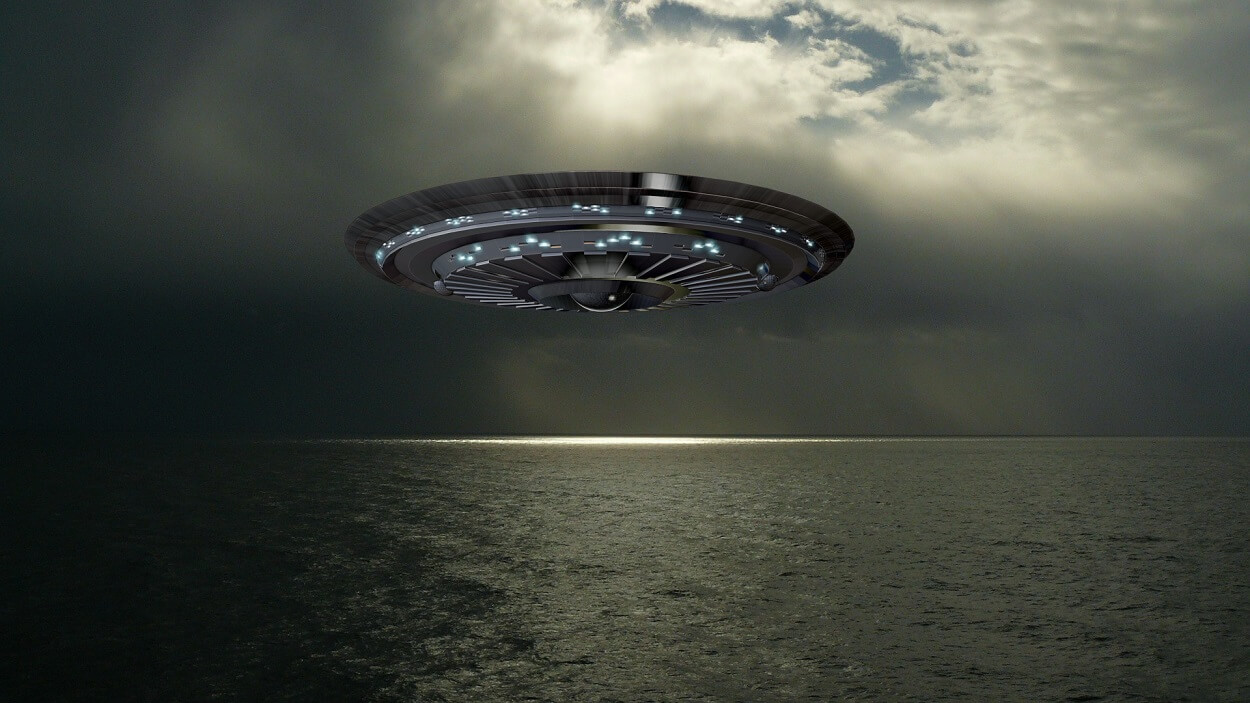 An apparent incident involving a “gigantic cigar-shaped UFO” somewhere over the Atlantic Ocean in May 1963 would remain unreported for almost 20 years until the editorial team behind Flying Saucer Review magazine received a letter in late 1980 from the witness to the affair. 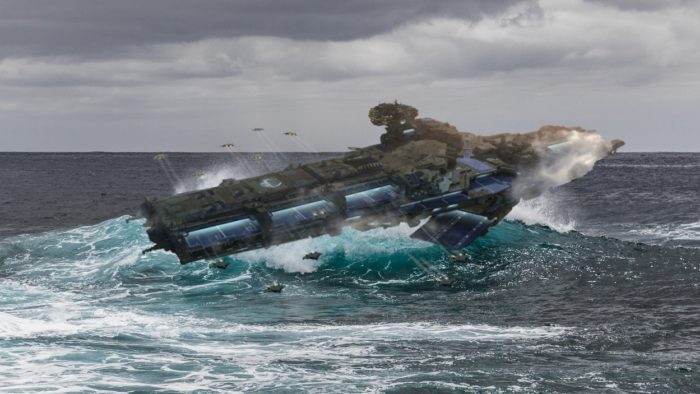 Part of the reason the witness left the incident unreported for so long was simply that the witness had very little knowledge of UFO reports, as well as the fact that she found the entire episode “terrifying”. Only after reading about the subject – purely by chance – did she begin to realize just how extraordinary the incident was.

Although the incident is not one of the most exciting on record, it is another incident that has a connection with such official organizations as NATO (North Atlantic Treaty Organization), who have a small plethora of UFO accounts attached to their name. If we assume these strange crafts are piloted by intelligent beings from another world, would it make sense that they would take an interest in such key organizations?

The details of the witness have been withheld from the public domain. We know that she is female and from a country in “Western Europe that are members of NATO” and was married to an Englishman at the time she gave the report. According to investigators at Flying Saucer Review, she is an incredibly credible witness meaning, in turn, that the account is likely equally credible.

They would eventually release details of the encounter in their November 1981 edition (Volume 27, No. 3). It is that from that report that we base the following account on. Just what did the witnesses see that day somewhere in the north Atlantic? And for what reason were these apparent visitors here in the first place?

“Something Dark And Absolutely Tremendous” At Over 35,000 Feet!

According to the witness, the following incident “took place in the first or second week of May 1963”. The witness was a NATO employee in the capacity of an English language secretary normally based in Paris, France. On the day in question, she was part of 50 NATO employees who were about to board a flight to take them to Ottawa in Canada for NATO Ministerial Meetings. It was around 10 am when the DC-8 left the runway at Orly Airport in Paris. The weather was perfect with clear visibility as the pilot took the plane to just over 35,000 feet.

The witness recalled that there appeared to be a feeling of military control on the plane that day, although the fact there was only 50 NATO staff on board the plane made it appear decisively empty. Because of this, passengers had an array of seats to choose to settle down in for the majority of the journey. The witness chose to sit next to one of the windows, which she recalled was a lot larger than a standard commercial airliner window. 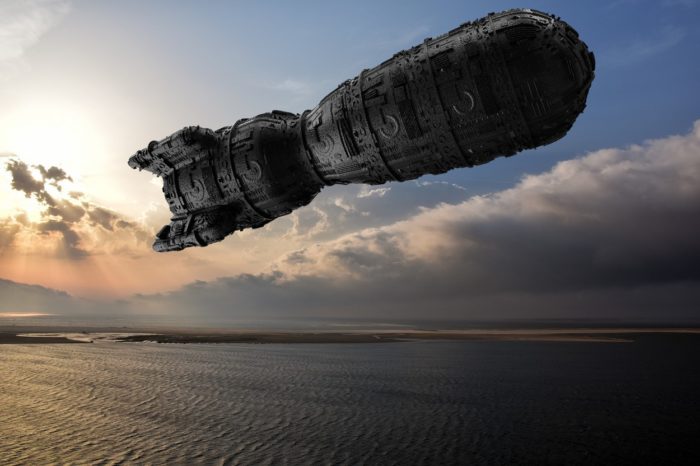 It was as she was preparing to settle in her seat with her book, with the cold waves of the Atlantic Ocean below them, that she noticed a strange object below them. She would describe it as “something dark and absolutely tremendous”. What’s more, it “stood out in vivid contrast to the brightness” of the early afternoon sky. When she moved her face as close to the window as possible so as to get a closer look, she would see the object appeared to be a “gigantic dark grey ‘torpedo’”. She would elaborate that the object appeared “menacing and frightening” as she continued to watch it.

The Only Witness To A Truly Extraordinary Event!

She continued to observe the strange object for several minutes. She was unable to see any wings, windows, or any apparent propulsion systems or engines, although she would describe what she believed was the back of the object as “cut off sharply and squarely”. The witness would estimate the object was around 6,000 to 7,000 feet below them.

She watched it for several more moments until it disappeared into the clouds. She suddenly looked around the plane. It appeared she was the only person who had noticed the strange object below. She would debate with herself whether to mention what she had seen. However, she feared they would not believe her.

As she sat back into her seat, she began to ponder whether the object had any connection to nuclear weapons. Although she would indeed remain quiet for the time being, she resolved that she would speak to a colleague in Paris with expertise in nuclear matters. However, as she would later reveal in her report, she would decide against mentioning the incident.

It was while she was considering these things that the plane suddenly began to “shudder and pitch up and down violently”. Although she told herself that this was just normal turbulence, she knew that she had not experienced anything as intense, or as prolonged as this disturbance appeared to be. And what’s more, she couldn’t shake the feeling that the disturbance to the flight was due to the object that very well might still be below them.

She would begin researching what the object might have been. She would do this privately before finally issuing her report to the UFO magazine in 1980.

Many Details That Show Up Elsewhere!

It is unfortunate that there were no other corroborating witnesses to an otherwise intriguing account. And while this is something that skeptics to such accounts will use to their advantage, aside from the apparent credibility of the witness, as well as the credibility of those behind the one-time UFO publication, the fact that the account not overblown or dramatic in any way would suggest it to be authentic.

And, it is certainly possible that there were other witnesses on the DC-8 that afternoon. It is also equally possible and plausible that they too opted to keep the sighting to themselves in the belief that they were the only person to have seen the strange object. As we have discussed before, there are very likely a whole host of UFO sightings that go unreported simply because the respective witnesses fear being labeled “crazy” or simply a liar. 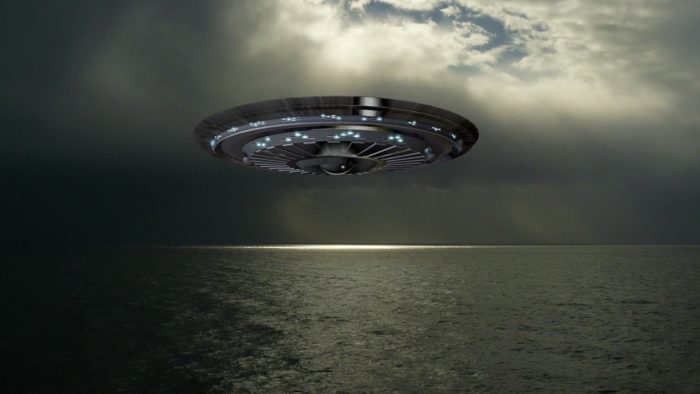 What perhaps makes this account credible is the details that show up in other, similar UFO reports. Not least the shape of the object itself. While a great many UFOs are disc-shaped or even triangular, a great many sightings of cigar-shaped objects can also be found in the mountain of UFO reports. What’s more, so can the detail that there appeared no obvious source of propulsion.

What is also interesting – and often overlooked – is the fact that the incident occurred over the water. Many UFO sightings occur on or near water, and at least according to researcher Gordon Creighton, many of the objects witnessed over the seas and oceans of the planet are cigar-shaped craft. Might this be to do with their potentially aquatic environment, perhaps as such a shape would likely cut through the water all the easier? What the connection between such craft and water is, however, remains a mystery.

Another Account to Keep On The Collective Mental Backburner

Whatever the object was that the witness saw from her plane seat that afternoon over the Atlantic Ocean, we know that the details offered are very much in line with other sightings – both before and since. And undoubtedly, there will be other sightings, both in the contemporary era or from years ago that have yet to surface which will also likely contain similar details.

Should we take the incident as credible? Considering the people involved with the Flying Saucer Review magazine, we should perhaps state yes. And that such a mysterious craft – or more specifically, the intelligence behind it – should take an interest in a NATO military plane is perhaps not too surprising to many in the UFO community. For example, during the latter months of the Belgian Wave, there was an increased NATO presence in the region. And there are multiple accounts on record of UFO sightings and incidents during NATO training exercises.

Might we even consider that the strange craft was not of extraterrestrial origin at all but a secret world military craft? One which discreetly made the journey under the “cover” of the NATO flight? Admittedly this is pure speculation here on our part.

With all of that said, all we can do with the account is leave it on our mental back burners, ready to bring it to the forefronts of our minds when we spot similarities with other incidents. Or indeed, if further witnesses suddenly step forward to tell their version of events.

Check out the video below. It looks at some of the best UFO encounters on record.