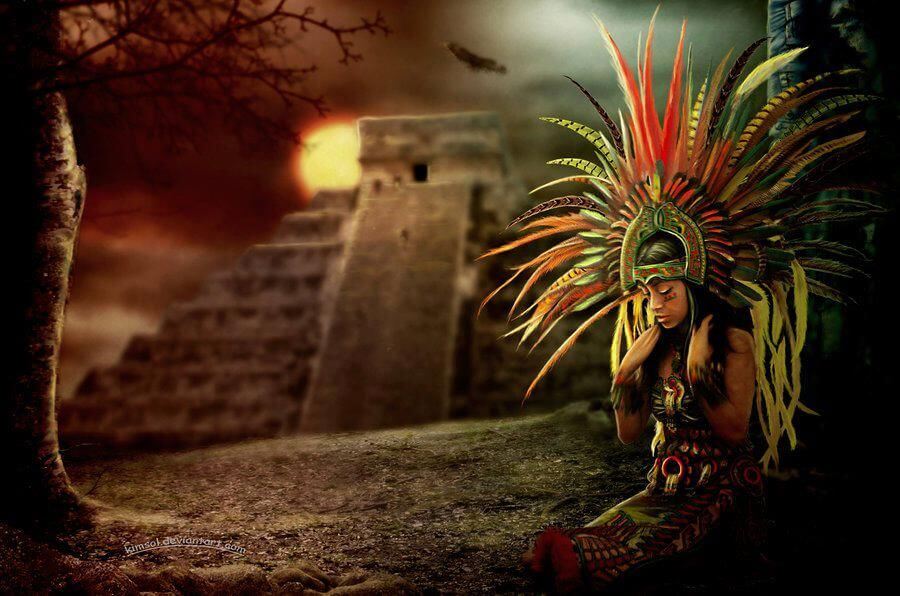 Mysterious Tiwanaku is another ancient civilization who thrived and felt apart as time offered cruel challenges that couldn’t be surpassed. This timeworn culture left behind tremendous monuments that couldn’t be deciphered, their puzzling mathematical designs and constructions are still inscrutable.

Some researchers consider the city of Tiwanaku to be the oldest city in the world, a lot of its creations defying the laws of physics even by today’s principles.

A major part of the monuments have the same characteristics as other creations belonging to different cultures all over the globe. It reveals a glimpse of our history, representing the key piece of this great puzzle as it converges other ancient and mysterious civilizations scattered on Earth.

The testimony left behind by this truly ancient culture consists of gods, temples, idols and metaphors, leaving an enigmatic idea of its origins and purpose.

The remains of the ancient settlement are situated near the south-eastern shore of Lake Titicaca in the La Paz Department, in western Bolivia. It is considered by Andean scholars as the most important precursor to the Inca Empire, prospering as the ritual and administrative capital of a large-scale state for about five hundred years.

It was first discovered and mentioned in written history by the Spanish conquistadors in 1549, while they were looking for the Inca capital of Collasuyu.

The name by which Tiwanaku was known to the ancient dwellers has been lost, as the people apparently had no written language. However, its modern name – Tiwanaku, is believed to be related to the Aymara term “taypiqala”, meaning “stone in the center”, pointing in the direction of its location being at the center of the world.

Considered the oldest city in the world, Tiwanaku possessed astonishing techniques in agriculture, art, building technology and administration, and it is believed that its inhabitants received help from an advanced extraterrestrial race who also created the Nazca Lines.

Although a date of extreme antiquity is often put to discussion, carbon-14 dating places the settlement at no earlier than 1,700 BC.

Other theories say that Tiwanaku dates back to 15,000 BC, claiming that it might have been built over other ancient structures from the past.

It is formidable how a civilization dating from BC managed to obtain results beyond our current scientific level in agriculture, engineering, as well as administration. Where this knowledge came from remains a mystery.

Located between Lake Titicaca and dry highlands, in a productive environment with predictable and abundant rainfall, the Tiwanaku culture developed a unique farming technique known as “flooded-raised field” agriculture.

It consisted in artificially raised planting mounds, separated by shallow canals filled with water. The canals offered moisture for growing crops, while also absorbing heat from sunlight during the day. The accumulated heat was released during the cold nights that often produced frost, therefore providing thermal protection.

Another remarkable feature of the canals was the ability to farm fish, with the resulting canal mud being used as fertilizer.