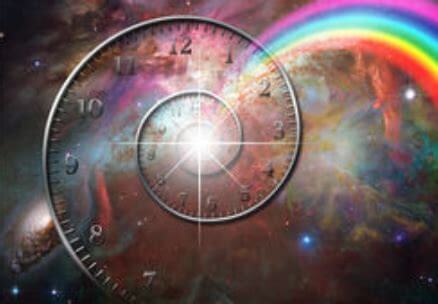 Time travel is the ability to go forward and backward in time, as if you are traveling from one place to another.

Time travel is the ability to go forward and backward in time, as if you are traveling from one place to another. As of now, time travel is considered to be an impossible feat, because we currently do not have the technology to travel through time. However, what makes the thought of time travel exciting is, that it is considered a fact that can be explained by science through the use of physics.

Who Are Time Travelers?

Time travel may indeed be a very interesting way to see the past and future world. However, it is not as easy it sounds. Time travel poses many loopholes and issues that surround its existence.

Time travelers are the people who travel through time – either backwards to the past, or forward to the future. When you time travel to the past, you merely act as an observer of the world and time that you are in, because you cannot interfere with the events that are currently happening in the past time frame.

When you interfere with the people or the events happening, you cause a ripple in the Space-Time Continuum (the dimension that our universe is in), because every action has its own reaction.

For example, when you talk to a certain person in the past such as a doctor, your conversation may cause that person to be late on his appointment with his sick patient, causing the patient to experience difficulties because his or her sickness is left unattended.

You can also go to the future and see what the world will become. The many scientific researches done regarding the possibility of time travel says that traveling forward into the future is easier than traveling backwards in time. This is because things have not yet happened in the future. Anything can still happen in the future time frame, giving you the freedom to do whatever you want! It’s as if you are just living in the present time, but inside a different world.

Time travel may indeed be a very interesting way to see the past and future world. However, it is not as easy it sounds. Time travel poses many loopholes and issues that surround its existence – one o these is known as the Grandfather Paradox.

The Grandfather Paradox states that you cannot go back in time to change the events that have happened in the past, or interact with the people, events, and everything that is of the past time frame.  If you did, there is a big possibility that you would no longer exist in this world.

Why is this so? Take for example this situation:

You travel back in time to see your 25-year-old grandfather, in hopes of getting to know him more. You talk to him and you spend a considerable amount of time in getting to know each other. Through the passing of months, you become best friends. The two of you then plan to go to a local pub to have a drink.

Burglars arrive at the pub you are in, in attempts of stealing the pub’s earned cash that is locked inside the cashier’s drawer. Because your grandfather is a good man, he defends the pub and attempts to stop the burglar from stealing money by punching him in the face. The burglar is shocked, which is why he pulled out his gun and shot your grandfather. Your grandfather then dies.

Albert Einstein Proves With Science That Time Travel Is Possible

Time travel is proven by science, which makes time travel’s very existence to be true. The things, concepts, and natural processes that are proven true by science are indeed factual truths.

However, the thought of time travelers living among us in this present time is safe to assume since humanity’s technological progress travels through a straight and progressive path.

As long as we don’t experience another Dark Ages, just like what medieval Europe experienced after the Roman Empire fell together with its technological advancements, then it is safe to assume that sooner or later in the future, we will discover the means to travel through time.

Why Are Time Travelers Among Us?

It may be that our future world will have “Time Traveling” as a sort of hobby or leisure activity that everyone does, just like how we watch TV and surf the internet today. Time travelers from the future may travel back in time to have fun, and observe the past world.

The mere thought of seeing how humanity had been technologically deprived 100 years before would surely be a spectacle to see – wheeled cars on the streets spewing toxic gases everywhere, sewage pipes polluted water dumping into the oceans, and people needing to connect on the internet to talk with other people over long distances, will surely be amusing to see for these people of the future.

Time travelers can also use their observation of our present world (their past world) to search for answers to the current problems in their time. The people of the future might be searching for a cure for a specific disease; and in hopes of finding a cure, they go back in time, observe the world, and in the process of their observation – find the cure. These revisited past experiences would also serve as lessons to guide their world on the right path.

Time Travelers Are Among Us

Time travelers are indeed among us because science has proven that time travel is possible, and because of the very likely scenario that someday in the near or distant future; man will have discovered

Time travelers are indeed among us because science has proven that time travel is possible, and because of the very likely scenario that someday in the near or distant future; man will have discovered the means to travel through time, either back in time, or forward into the oblivious future.

It is with this tweaking of space and time, that we will experience the fullness of the universe as we will no longer be confined by time itself. Someday, we will be the time travelers ourselves.