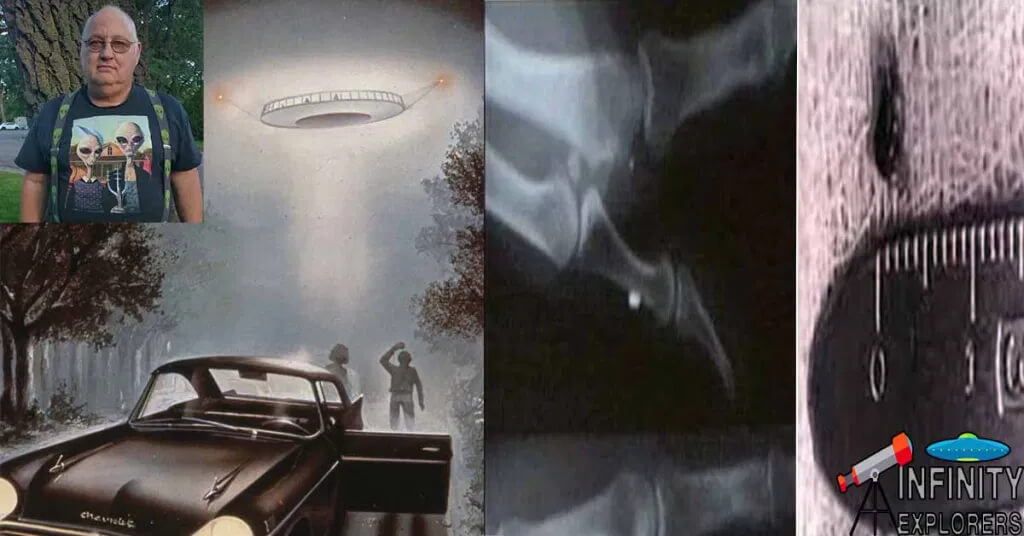 Tim Cullen lived in Yuma, Colorado (USA), and worked as a cement contractor. His life was ordinary and unremarkable until April 2, 1978.

That night, Tim had a strange and all too realistic nightmare in which he had a car accident on an empty stretch of highway.

The dream was so close to reality that Tim could clearly distinguish every detail of the landscape around him, so he woke up with great relief and found himself in his bed.

Images from this nightmare flashed in his head the next morning, and throughout that day, and in the following days. At some point, Tim began to think that the dream was prophetic and that something very bad was ahead of him.

A week later, on April 9, 1978, Tim was driving with his friend Ken Ruberg on Highway 34 when he suddenly realized that he had seen the same place in his nightmare.

He decided to stop the car, but it was too late – when trying to brake, Tim lost control of the car and his car skidded, and then it rolled over five times before it froze in place.

Fortunately, both Tim and his friend Ken were not killed, but Tim suffered a severe neck injury and was trapped in his seat. Ken managed to get out of the car and catch a ride, in which he took the wounded Tim to the hospital.

The Extraterrestrial Abduction Of Tim Cullen

At the hospital, it turned out that Tim broke his neck, but this injury was not life-threatening and could be healed with surgery. Tim underwent surgery and during it he had another unusually clear and strange dream. In this dream, Tim, along with his wife, stood on the highway near the car and they both looked up in amazement, where a source of very strong light hovered.

Then everything became even stranger. Tim was recovering a little after surgery and on May 30, 1978, he came to the hospital for an examination. He was brought there by his wife, who was driving, and after the examination, his wife drove Tim back home to Yuma

They returned from the hospital quite late, it was dark and about 11 o’clock in the evening. They drove along the empty highway 59 and there were only endless fields along the edges of the road. Suddenly Tim realized that the situation around him was exactly the same as in his dream, as he saw during the operation.

Tim was so convinced that everything was repeating itself, as in a dream, that he immediately looked up and saw something brightly glowing, which flew out in their direction from behind the nearest hill. This object flew directly over their car, and then turned again towards the hill. Tim and his wife stared up at the object in surprise, just like in Tim’s dream.

Then the following happened:

“The UFO flew west of us. It was hit by electrical and telephone lines and hovered over pasture. It was about a hundred feet long (30 meters), twenty feet wide (6 meters) and about ten feet high (3 meters) There was no noise coming from it, and at the rear of the ship there were two diffused lights, one light yellow and the other red.

We saw nothing good in this. We sat in the car and looked at it for a while. After we had looked at these two lights for a few minutes, I turned to my wife and told her that we could go on to the city.

Now that I think about it, when I turned around and started moving, I did have a weird feeling, but it didn’t really impress me. I remember how we returned to Yuma, but then I did not look at the clock. I was shocked by all of this. I really didn’t think to look at the clock at all, “said Tim Cullen.

It was only later that Tim realized that he and his wife had lost a few hours that night, but at the time they hadn’t given much thought to it.

A few years later, in 1980, Tim Cullen once again witnessed a similar “ship” with two scattered yellow lights and it was in exactly the same place on Highway 59. And this was not the end of his story either.

In 1994, Tim was driving with his wife and three daughters on a highway about 40 miles south of Yuma when they all witnessed a dimly lit object with blue and white lights hovering above the road in front of them.

They stopped the car and watched the UFO for about 10 minutes before the object flew off into the night, leaving them terrified. All this was really very strange, but even then Tim still continued to consider such cases to be just coincidence. He didn’t put it all together in his head until 1998.

On that day, Cullen suffered a thumb injury at work, he accidentally got hit hard with a hammer. He thought that he had badly bruised his finger or even broke it and therefore went to the hospital to see Dr. Mark Hubner. He sent Tim for an X-ray, and when the picture was received, Hubner was very puzzled by what he saw on it.

The image of Tim’s hand clearly showed a small piece of metal, judging by the appearance, which was located deep under the skin. The doctor asked Tim if he had an injury that could have gotten a piece of metal in his arm, and Tim couldn’t remember anything like that. Including he did not have a hand injury even when he got into a car accident in 1978.

Tim also had never had any hand surgery, and the strange X-ray was as confusing as the doctor was.

Gradually, it dawned on him that all his strange dreams, UFO sightings, lost time and this piece of metal in his hand were probably related to each other.

“Then I realized what had happened. I knew it was an alien implant since that first meeting in 1978. I lost time that night too. I assume I was kidnapped.

In a short period of time in 1978 it was revealed to me that we are not the only intelligent life in the universe, and it was also proved to me that God is always with us, without a doubt. The events that have happened to me over the past twenty-seven years have had a huge impact on my life and what I believe in. “

Cullen did not remember any details of the abduction, but assumed that it was due to the fact that his memory was erased. Every day he more and more believed that he had become a victim of an Extraterrestrial abduction and that they had “tagged” him.

Desperate to get answers from doctors who could not tell him anything about the “implant“, Cullen turned to Ufologists and managed to contact Dr. Roger K. Layer from California, who had previously become famous as an expert on alleged alien implants and collected a small collection of similar items from his patients.

After a year of talks with Leir, Cullen went to Leirs medical facility in Thousand Oaks, California to undergo surgery to remove the strange object from his hand. At the time, this was the ninth such procedure Leir was performing.

A team of surgeons, which included Leir and Dr. John D. Matrishano, managed to remove a tiny metal shard, about 7 millimeters long and 4 millimeters wide, from Tim’s hand. And not without difficulty, since the object was equipped with many long receptors at one end, which were attached to the nerve endings.

The recovered object was covered with a reddish-brown membrane, presumably designed to prevent rejection by the body. According to Dr. Leir, the implant was submitted for analysis after extraction:

“The implant was handed over to DIGITAL INSTRUMENTS here in California for a complete analysis. It seems that the more we research and learn, the more questions we have. We are investigating both the biological and metallurgical aspects of Tim’s implant. Again, the more knowledge will be gained, the more we need to know. “

However, what results the analysis of this implant showed remained unclear, in any case, Leir did not report this.

Meanwhile, Tim Cullen became more and more interested in the phenomenon of abductions –Extraterrestrial abduction, and over the years became something of an official protector of such people. He invites everyone who has become a victim of this to contact him and tell their story on condition of anonymity, without fear of public rejection and ridicule.