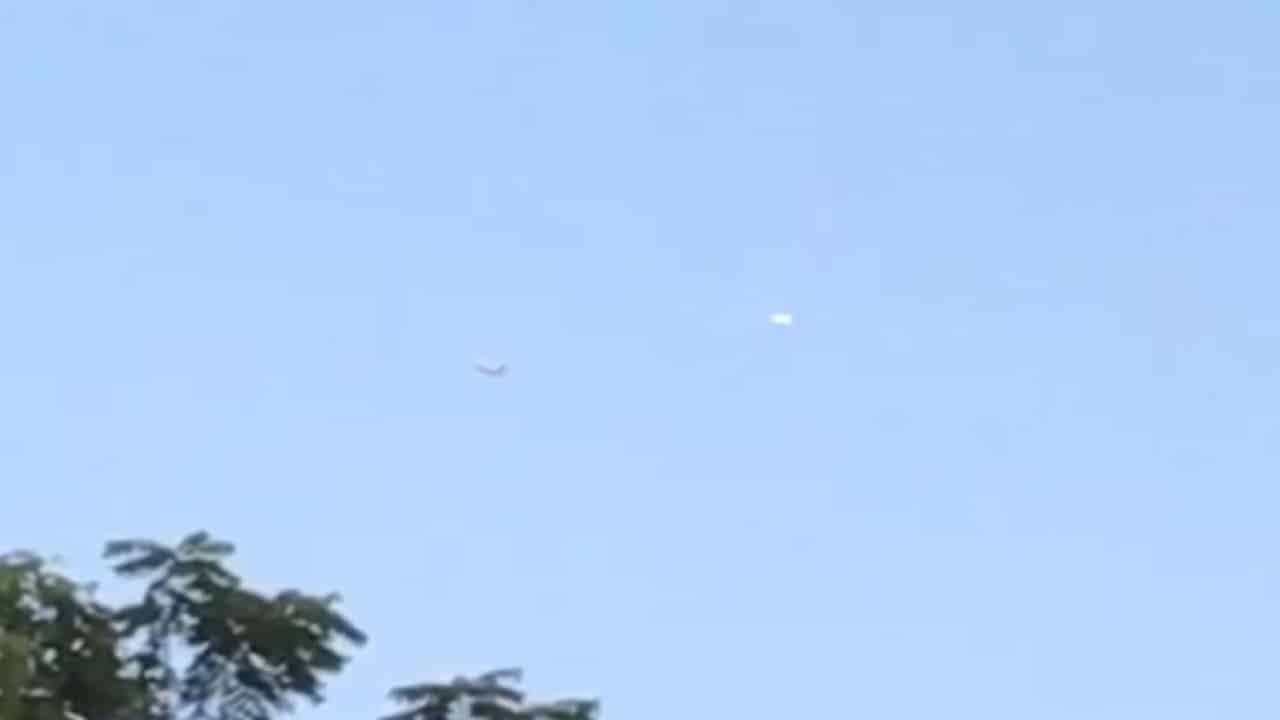 This tic-tac UFO was flying near plane over Medina in Ohio on 17th July 2021.

Witness report: I was with my niece and nephew outside enjoying the sunset on Saturday July 17th at 08:40pm. I heard an airline passenger jet coming over as we do everyday heading to Cleveland Hopkins Airport. What I saw next was not something I have ever seen before. I observed and was able to capture on video, what appeared to be a white glowing tic tac object following the jet closely. It was behind the jet and appeared to be following it. The jet turned and headed northwest and the object continued north.