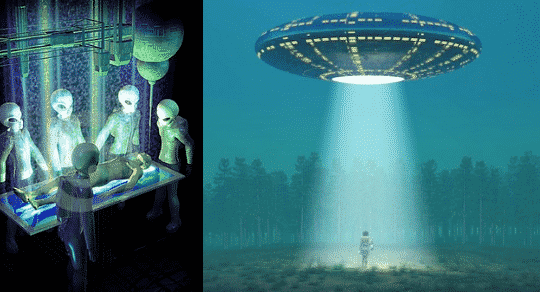 Back in 1997, in a quiet town just outside of Concordia Kansas, three boys were abducted by a UFO in with their mother watching. Just three days later they were returned. Throughout the search, the mother of the three boys exclaimed that the were taken by a UFO. The police were, naturally, quite suspicious of this.

The police believed that this was a hoax, a case of an adult looking to gain quick fame. There were a few who believed the story, however. Among those who believed the story was the special investigator of the Concordia Police Department, Rodrigo Ortiz. He stated that “adults lie, adolescents lie” but firmly believed that the “children [were] too young to lie”, especially in such a careful manner. He was “sure they spent three days aboard a spaceship” piloted by an alien named LaLar. Despite believing the story, he was unable to convince others in his department that it was, in fact, a true story.

Because the police department wouldn’t help, Emilio and Carmen Molero hired a private investigator. The investigator sat down with the three children (Andres, Jorge, and Carlos) in order to get their story. After interviewing both the parents and the boys, Azparen discovered that their stories were surprisingly consistent. He began to believe the story and attempted to fit the pieces of the puzzle together in order to figure out exactly what happened.

According to the report the boys were playing outside with other children. Suddenly a golden disk appeared about 25 meters in length and hovered above the boys. The boy’s mother was sitting on the veranda when she heard the screams of her children. Her maternal instincts kicked in and she ran over to see what was happening. It was then that she saw a golden beam jet down and pick up the boys, carrying them into the spaceship.

The mother called for her husband but was, at this point, in full hysteria. The father saw the spaceship and was equally as frightened. He ran to the spot that the disappeared from but found no traces of the ship nor the three boys. The other children had, by this point, fled home out of fear. The boys did not know how long they disappeared for upon returning home. They reported an alien named LaLar picked them up. The alien was wearing golden clothes and had long, silvery hair. The boys reported that they were taken to the moon and given a tour of other planets in the solar system.

They reported that LaLar was incredibly kind throughout the entirety of the trip. They also noted that there were other aliens present aboard the ship who were wearing clothes similar to LaLar’s though not as bright. The boys were scratched with a white stick and had put into their backs upon returning home. The boys were unsure of what the white stick did nor what the needles were.

The boys returned on Tuesday night. By that point, the police had already begun to search for the boys and even sent in military planes to help search the area for any sign of the boys. Their investigator, Armando Azparen, assured them that there was no need to fear and that the boys most likely ran away and return home soon. That’s when the boys returned and told their mother everything. She immediately rushed them to the nearest hospital. Upon visiting the hospital the doctors stated that it was clear they’d gone under some sort of medical exam. X-rays were done to make sure that there were no broken bones and, to everyone’s astonishment, there was a needle present in every one of the boy’s backs. Like most of these cases, no information is available. Investigators attempted to reopen the case in 2010 but, to their dismay, no member of the Molero family was able to be located. They were reportedly moved to another location following the incident and had their identities changed to avoid the story leaking out to the public. 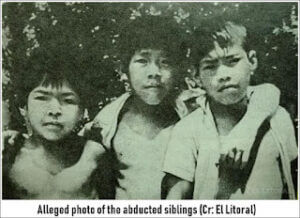