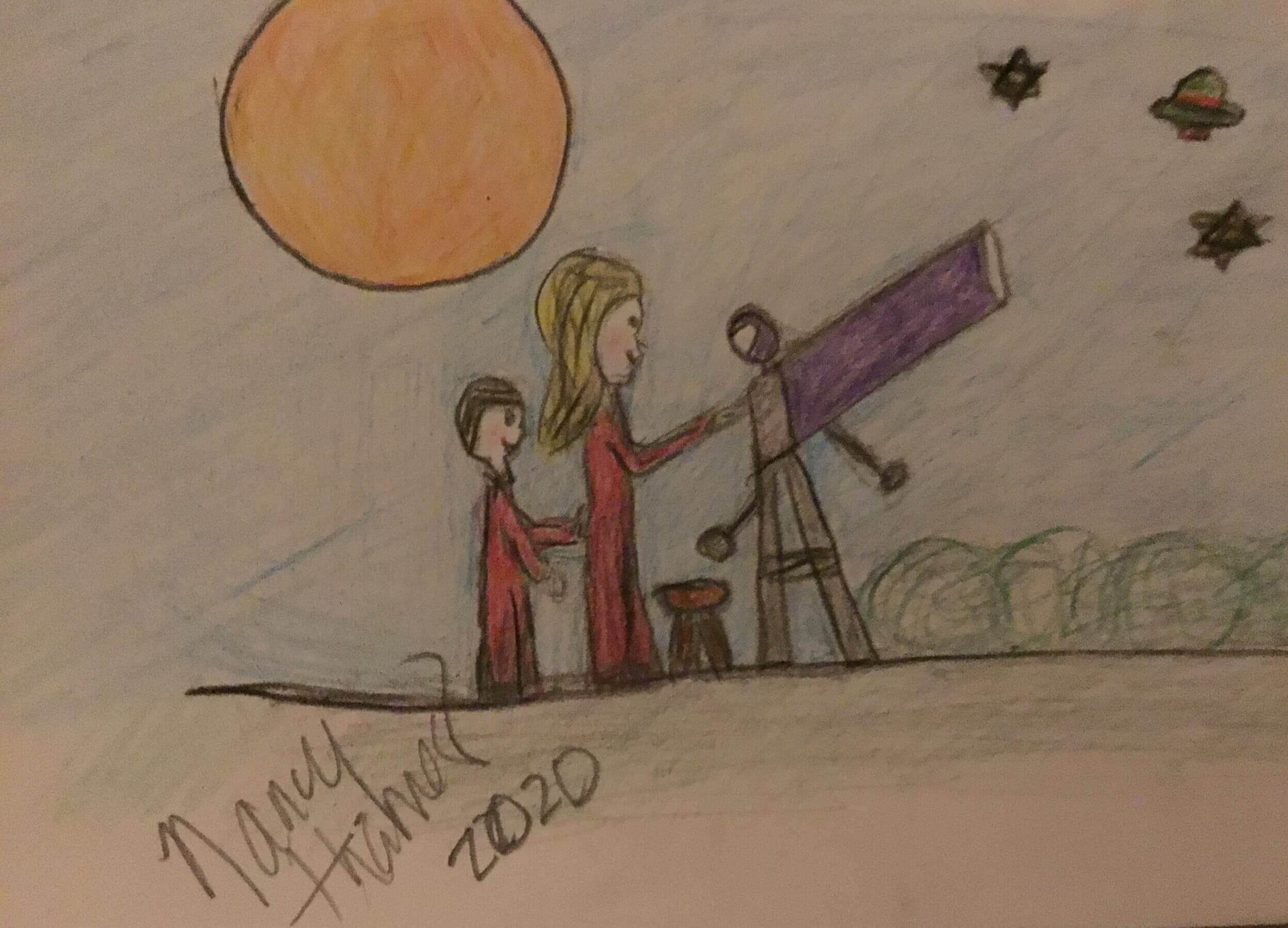 When Becky and I and were teenagers, we were stargazing outside, and we see a bright light in the sky. Next thing we know, the light is gone. Thing is, they think they’ve been stargazing for like 15 minutes, but something like 3 hours passed.

I don’t remember anything about what happened during that time, and Becky simply refuses to talk about it. She would answer my me with things like “I dunno” and “Just drop it” for a long time.

So a couple months later, Becky moves away and loses contact with me.  We finally meet up again and immediately I notice that something is odd about Becky.

Becky appears very “distant” to her, with a very “dreamy” demeanor. Like she was really happy and at peace, for no good reason. After they talk for a bit, Becky brings up the incident on the roof. I say I still don’t really remember anything about it.

But Becky remembers. She remembers everything. She said that at first, it was all in bits and pieces and she couldn’t remember any of it clearly. She was confused and scared and wanted to avoid discussing it. Then, as time passed, she began to remember more of it.

She remembers it all clearly, and she remembers the other 3 times she was abducted after that clearly as well. At first, they paralyzed her somehow and did all sorts of invasive experiments on her, but by the most recent time, they stopped probing her and began to talk with her. They didn’t speak English or any other human language, but she could understand everything they said, even though she can’t speak their language herself. Apparently they told her all sorts of things – stuff about space, Earth itself, and most shockingly, predicted years beforehand that she would get pregnant in a specific year.

They also told her that they had abducted me. Another time, after that first incident. I have no recollection of any other potential abductions, but she does have recurring nightmares of being abducted, but she’s “almost sure” that they’re just that – nightmares.

Anyway, Becky tells me that every time she speaks with them, she comes to understand “the truth” more and more. When I inquire what “the truth” is, Becky just says that “you will know eventually” and she says that once she learned of “the truth” then “everything became wonderful”.

I have  seen her a few more times over the years (I still live in separate state from her), and she apparently has a pretty normal life, and doesn’t like, obsess over alien stuff (like some supposed alien abductees do), she only ever brings it up in passing, not like it’s a central part of her daily life.