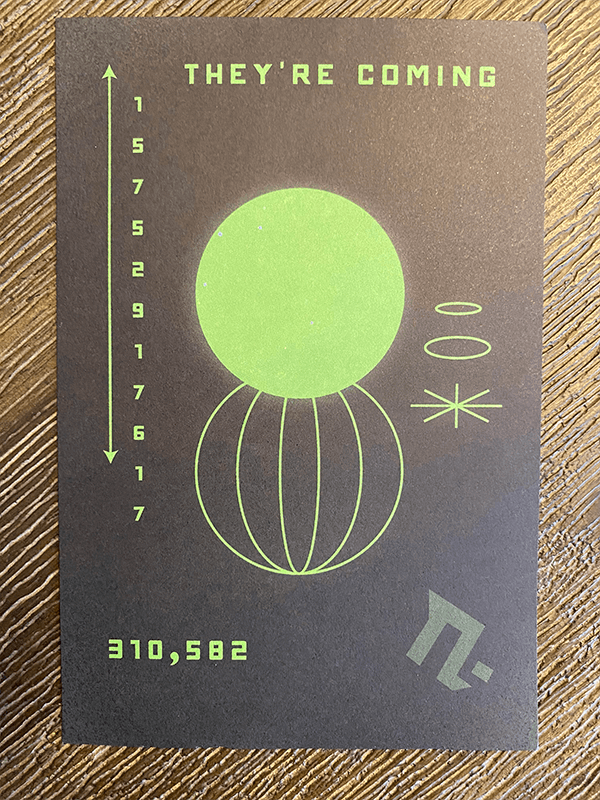 Thousands of people in the US, Canada, and Europe received an odd post card in the mail today, according to my research. With a plethora of odd symbols and numbers, it says “They’re coming.”

One of the numbers appears to be a phone number with a Roswell, New Mexico area code. We were disconnected after 30 seconds of odd static, clicking, and wind-whooshing noises. Every time we call, we hear the same sound.

After doing some investigation, I discovered that people on Reddit are debating this matter quite seriously, with everyone offering their viewpoint.

“When I dialed the number today, I got a new recording. “There’s something odd going on,” a voice now says.”

Is it possible that someone knows what this is?

Some people feel the governments are preparing us for alien disclosure; nonetheless, I’d like to remind you that they declared in June that they will declassify several files.

Others fear that the governments are planning a false flag, a fictitious Alien invasion, to scare people into uniting. The global reset is a large-scale initiative.

However, other others feel it is only a marketing strategy. Why would I tell tens of thousands of people on two continents that a store or anything is about to open without even disclosing the name or location? What’s the big deal?