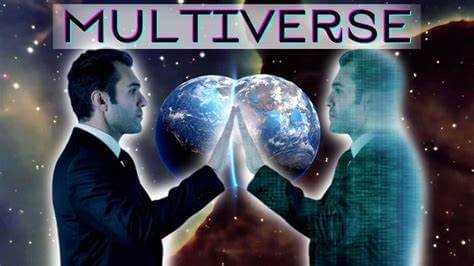 According to recent discoveries in quantum physics, the scientific concept of a multiverse has reached mainstream popularity. The theory says that other universes, like AND unlike our own, exist beyond this one, in the vast sea of space … or, that they could even be woven into the dimensionality of our own universe. If these other universes exist, each one could have completely different laws of physics: matter may not even exist, events could flow in reverse order, or they could have life forms so bizarre they are unimaginable to us. On the other hand, other universes could hold worlds identical to ours, with exact duplicates of everything everywhere… including duplicates of you living a story you didn’t choose to live in this lifetime. Though it may sound like science fiction, metaphysics, or even religion… the multiverse theory is actually based on pure math and logic, and scientists keep coming back to it, because it offers the best explanation for some of the biggest paradoxes in physics: ETERNAL INFLATION, DARK ENERGY, and STRING THEORY.