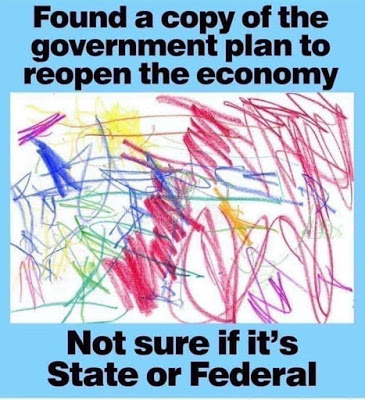 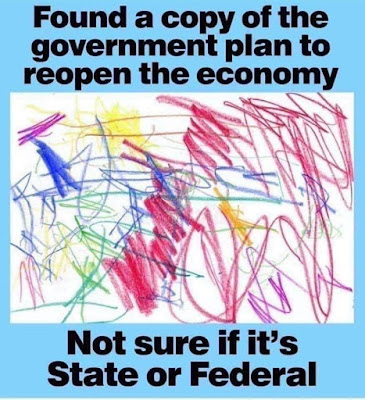 I’m in Mississippi, but it’s Minnesota that’s burning. Apparently Americas police force, incessantly portrayed as heroes by a media that worships uniforms when they are anything but, have beaten another Black man to death, for no good reason except they felt like it.

Three straight days of rioting and looting in Minneapolis. One must wonder if the locals were practicing safe distancing when they torched the police station responsible for the murder. The media wants to talk about how many of the businesses, now smoldering, were Black owned. What they don’t want to say is those businesses have been closed for three months due to the COVID pandemic and the only way their owners were ever going to see a dime on them was to hand the local crackheads a case of Molotov cocktails and hope they didn’t set themselves on fire.

Many Americans are now out of work because of COVID. They never got their stimulus check. Since they were working off the books, they never got any of those big fat unemployment checks political pundits are boasting about either. Since northern cities have followed the edicts of the CDC and WHO right down to the letter, sheltering in place with no hope for a future, expect more cities to burn in the North…

These people have no way to make a living, to eat nor to pay the rent. By February, America had already dropped dead with fear over COVID and by March there was no more toilet paper left because Americans were soiling themselves. But the billionaires who have hijacked America are still prospering wildly.

Billionaires are symptomatic of dysfunctional government, like open sores on a sick man. When the Soviet Union went belly up, they started appearing all over Russia. They were fleecing the country and Russians were starving in the streets, but they were beaten into submission by strongman Vladimir Putin. As president, Putin brought with him the credentials of having been a high ranking intelligence officer in the KGB. In America, there is only one man who carries with him a resume as impressive as Putin’s.

The last week I spent in Long Beach I lay on the bed most of the time, just staring at the four walls of my room. There was an ever widening chasm of emptiness in the pit of my heart that was consuming me by the hour, eating me from the inside out. I was sure it was something permanent, but when I cleared the Goebbels Bridge and left Staten Island in the rearview mirror. it vanished like a cloud in the wind. New York is a tomb and Andrew Cuomo the undertaker. If I had the money that was due to me for being the creative impetus for Stranger Things, American Gods, or Legion to name just a few, I would use it to get everyone I ever knew and cared about out of there.

This country is never going to be the same again, particularly the areas around New York City, where small businesses have been dealt the death blow with a month’s extension of a quarantine nobody can now, nor ever could justify. Do not let them fool you. They do not know why they did it. Bill Gates is just an opportunist, the same goes for all the democrats who are now trying to pin it on Trump, and all the billionaires who have thus far profited from it but find themselves with a precarious future. None of them ever wanted this. They are just seizing their opportunities and there is an element of desperation in their growingly insane actions.

A few hundred thousand old people, most half dead already, is no reason to shut down a global economy. Indeed a few billion dead is not if the surviving billions intend on preserving existence as they knew it. Countries do not shut down during wartime because they are afraid their factories may be bombed, even when they know they will.

Like Sirhan Sirhan when he came to holding a pistol after he blew Bobby Kennedy’s brains all over the kitchen floor at the Ambassador Hotel in Los Angeles, they have no idea why they did it. What goes around comes around and sometimes, shit just happens.

We need leaders now to fix this, real leaders, not the aging circus clowns and doddering old men, installed only to shill for their globalist masters, who themselves now face the prospect of becoming an anachronism. The New World Order just up and died of COVID and it will now have to be replaced with a newer order.

I’ve lived in a comic book for over four years now, a world of madness where nothing is impossible. When I first stepped into the abyss, I asked the same person who had told me years before there is no such thing as reality what was happening. He told me if we don’t go back down the roads we once traveled, they take so much. They take so much.

This all started when they killed John F. Kennedy. We have an opportunity to go back down that road by installing his nephew Robert Kennedy Jr. in the White House. Robert Kennedy Jr. is the only acceptable candidate the democrats can run against a sitting president who has proven himself not only incompetent, but too weak to lead in anything but a Hollywood TV show.

Kennedy has an impeccable pedigree and indeed Andrew Cuomo, his onetime brother in-law, would not even be the governor of NY, had Kennedy as the odds on favorite run against him for Attorney General of New York. A few years later when Governor Paterson offered him the senate seat from New York, Kennedy turned that down too. But that is the problem with politics; the people who should have the job never want it.

In the political battlefield, Kennedy, a renowned trail lawyer amongst his peers, has earned more medals than the entire Senate of the United States of America combined. He has worked ceaselessly in the courtroom for the poor, whether they live in the ghettos of New York City or the steaming jungles of South America or Africa, even having spent a month in the maximum security prison of a South American hellhole. Anywhere in the world, whether you be Ford Motor Company, the Department of Defense, or Exxon Oil, you throw something in the water you’re not supposed too, you know Kennedy is coming for you.

He has made mistakes with vaccines, claiming some ingredients are in them that aren’t, but that is to be expected as he has latched onto Bill Gates like an enraged Pitbull, when everyone else in the world, outside of Vladimir Putin, genuflects before him. This is a guy who can and will take on the billionaires who have hijacked this country, just like Putin took them on in Russia. Nobody should be waiting for Kennedy to ask for the nomination. He won’t, we need to demand his nomination. If the globalists, in their failed and delusional state, persist in thinking they are going to stage one more election between two talking cantaloupes, there will be blood. The post-apocalyptic world of COVID guarantees it…

Kennedy once sued West Chester County New York to reopen the Croton Point Park, which was heavily used primarily by poor and minority communities from the Bronx.(2)

He wasn’t done yet either on behalf of inner city Black people. He then forced the reopening of the Pelham Bay Park in the Bronx, which New York City had closed to the public and converted to a police firing range.

He also led a battle to stop a plan to sell Washington, D.C.’s Kingman Island—a rare piece of National Park Service property in a minority neighborhood—to a private developer. In 2004, Kennedy successfully sued Exxon to clean up a large oil spill on Newton Creek in Greenpoint Brooklyn.

Robert Kennedy Jr. is the last chance America has to avoid balkanization,,,

America was hijacked by ignoring a fundamental truth. Those who walk with power in this land will never seek position, because they can’t seek position. America demands that her people of power hold that geas close, and this is so demanding that very few can do it.
What was is gone. It actually disappeared long ago, but because of the reality of Emanation, things here happen as a result of higher forces, not from actions of their own.
It’s about time, and what Heraclitus described as the roots of this manifestation.
America is being taken down on purpose. It is working because the timing is right for this to occur, all the destructive capacity is aligned. Those who willingly served the murderous parasites casually dropped us cryptic hints over the decades. They told us the political circus was not the seat of decision making here, and that very few people actually are involved in any decision of import.
This course was sealed when the banking clan seized permanent control via their proxy, Woodrow Wilson, that night before Christmas recess, when congress didn’t even hold a quorum. Of course the agenda of slavery and destruction is far older than this, but it was Wilson who helped define a defensive war as crossing the ocean to attack another nation that had no hostile intent towards America.
This agenda was secured when our last genuine president was murdered by a cabal of government insiders and their organized crime cohorts. They’ve been at it full time since then.
Event after event, staged, organized, orchestrated.
Yes Jack, there is going to be blood. However, when one believes that that they are the creator when they are just the organizer they exist on borrowed time, pacing the halls dressed with the tapestries of self deception. We will see soon enough just how secure their power is.
In the meantime, the loss of higher structure allows a deep clean of the lower centers. This cleanse can only happen here and now. As the structure melts, the only safe tower to stand beneath is the living Tree.
MK

Amazing find hope you enjoy and post your comments :