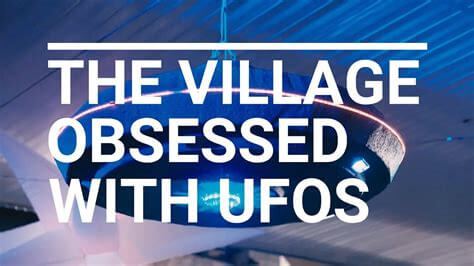 As far as UFO festivals in South America go, there’s no better place than Capilla del Monte to find the Real ET. Aliens in Capilla del Monte can be found at the Festival Alienigena in the tiny village, where locals are obsessed with UFO spottings. After an unexplained incident took place in 1986 (some trees were burned – presumably by a fire), the Argentine town became known as the country’s national alien capital. For On the Edge with Andrew Gold, I went to meet the likes of Luz Lopez, who heads up the UFO Museum, or Center for UFO Reports, in the capital city. And then I climbed a mountain for a meditation session that is supposed to conjure up 5th-dimensional beings known as ERCS, who supposedly live underground. As the sun descended, I saw a lot of beauty in the bucolic environs, but nothing to suggest ET paid a visit. In any case, I learned to empathize with the locals from Capilla del Monte, a village just outside Córdoba in central Argentina. I could see they were just looking for something to believe in, much like Mulder from the X-Files. I should add that I was really lucky to film this with an exceptional team. Producers Peter Scheffer and Remi Lehmann made everything happen behind the scenes, director Bas Voorwinde strung the whole creative process together, and camera operator Javier Cortiellas found some supremely stunning shots, as you’ll see in the video. We actually filmed it a couple of years back, which is why I look a fair bit older and fatter and paler and less beardy in the stand-up to camera section. You’ll see what I mean. Sigh.