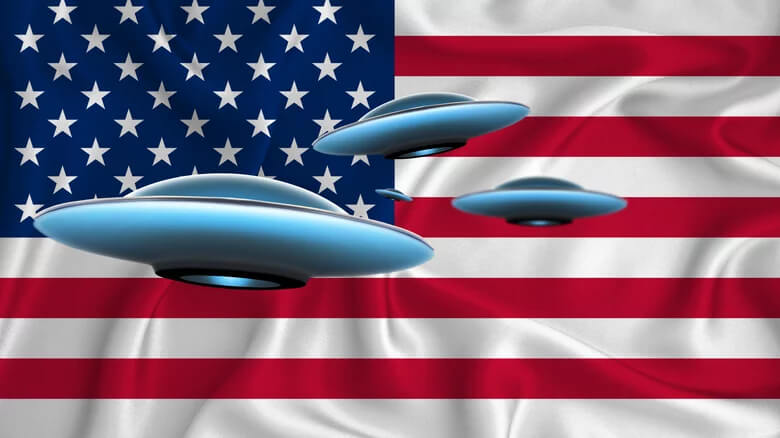 A subject often dismissed as fantasy has found new legitimacy in an upcoming U.S. report into UFOs. Those who have spent their lives studying the subject say it will be a game-changer.

The UFO Report Is About to Change Everything

Congress is expected to receive findings of a government-wide review into unexplained aerial phenomena on Friday. Getty Images

A massive jellyfish-shaped “star” that lit up the northern Soviet sky on Sept. 20, 1977 caused an international stir at the time, made all the more intriguing by the unusually thorough coverage Russia’s official state news agency Tass afforded eyewitnesses. That caught the attention of even the CIA, which documented the puzzling phenomenon in a secret assessment two days later, noting, according to since-declassified records, the “semicircular pool of bright light, red in the middle and white at the sides, then formed in this shroud” that would be visible from Finland to Vladivostok. The Kremlin swiftly began an investigation into the brilliant lights over Petrozavodsk.

Less spectacularly, but equally consequential, China three years later quietly acknowledged the work of a little-known UFO investigative office formed by a student at Wuhan University following thousands of unexplained aerial sightings across the country. Beijing embraced it, creating the government-sponsored “China UFO Research Organization,” or CURO, under the division of its Academy of Social Sciences. The CIA similarly studied the move at the time, noting the organization’s chairman at a conference in the Chinese capital touted one of its themes as, “searching for creatures that might be living in other solar systems.”

These events were both hugely consequential for so-called “ufologists” and profoundly frustrating. Despite the apparent acknowledgement by some of the world’s most powerful countries that extraterrestrials – aliens – may exist and deserve government-backed scientific scrutiny, none produced public reports that appeared to take the subject seriously.

That, for the first time, is poised to change.

“It is a commonly held belief amongst UFO researchers that other countries are waiting for the USA to take the lead on this investigation,” says Ian Dubin, himself a UFO researcher based in Hong Kong. “Who knows what might come out?”

America will always claim to have a leading role in the international search for extraterrestrials, solidified in its culture through now-infamous sightings at Roswell, New Mexico, and elsewhere. But now the U.S. has the opportunity to make a unique contribution to ufology and permanently change the way it’s viewed publicly.

Congress is expected to receive on Friday the findings of a government-wide review into cases of documented but unexplained aerial phenomena and what might have caused them. Some details of the report have already been leaked, indicating that despite some compelling encounters Washington is not about to reveal the existence of “little green men.” But those who have dedicated their lives to studying extra terrestrials say the report – and the legitimacy granted to the subject – will have a permanent effect on a field of study otherwise dismissed as one based in fantasy and conspiracy.

“Lots of people in UFO societies and the public in general are now feeling that they can discuss this without being put under ridicule,” says Clas Svahn, chairman for the Sweden-based Archives for the Unexplained, among the most comprehensive digital libraries for UFO sightings and investigations into them by governments worldwide. “It’s having very much a tangible impact, of course, when it comes to society and how we are dealing with the subject. I like that. That is something I applaud.”

The effect is direct and twofold, Svahn says. Military pilots, who are often among the first to witness such phenomena due to the sophisticated equipment on board their planes, will now become much more likely to report incidents because the stigma is lifted from the subject. Indeed, the American report focuses heavily, if not exclusively, on unexplained sightings from military aircraft.

And, Svhan adds, the release of the report will certainly prompt other governments – most notably China and Russia – to become much more likely to declassify information that otherwise remains secret because of the legitimacy that the U.S. report has provided to the subject.

It will become “a lot easier for us in the future to get a report, to meet with people and to get them to talk because of this,” says Svahn, who first began researching the subject in 1974.

The latest report hardly represents the first time the U.S. has undertaken an investigation into unidentified flying objects. The Defense Department in the 1950s began Project Blue Book, led by the Air Force and headquartered at Wright-Patterson Air Force Base in Ohio. Though it analyzed thousands of sightings, it was ultimately terminated in 1969. A team at the University of Colorado led by physicist Edward Condon tasked with studying its findings ultimately dismissed the whole enterprise, concluding that any study of UFOs was unlikely to produce major scientific discoveries.

Ufologists who spoke with U.S. News seethed when discussing that subsequent “Condon Report,” with one calling it an “egregious misrepresentation of the Blue Book study.” And though many expressed disappointment at initial findings of the latest review that indicate few surprises, many have been startled by the sudden embrace by a Western power into a subject once relegated to fantasy shows like “The X-Files.”

“The governments that have been the least open concerning UAP have been the ‘Five Eyes’ – USA, Canada, New Zealand, Australia and England,” says Robert Spearing, director of international investigations for the Mutual UFO Network, or MUFON, which considers itself one of the largest and oldest of its kind.

Spearing refers to Unidentified Aerial Phenomena, a term the Pentagon has subsequently embraced for its contributions to the report led by the Office of the Director of National Intelligence – surely in an attempt to distance the military bureaucracy from the popular assumption that “UFO” implies something otherworldly.

“At times they have, at least publicly, mocked the idea something was going on,” says Spearing, who is based in Costa Rica. “The abrupt turnaround in attitude and release of information now has been startling.”

But he expresses disappointment at the information leaked so far, which he says will show the government hasn’t delved as deeply as it could into what he believes it knows about unidentified aircraft.

“I personally know there are thousands of military cases they could analyze from Korea, Vietnam, Afghanistan, et cetera, submitted to MUFON and other entities by reliable soldiers and sailors and pilots over the decades,” he adds. “Why such a narrow scope, then, for this report?”

The report itself came at the direction of a group of senators, including Sen. Marco Rubio of Florida, who, as the top Republican on the Senate Intelligence Committee, requested the report in December through a provision in the Intelligence Authorization Act. A series of sightings the Navy confirmed in recent months prompted the legislature to order the review, chiefly focused on whether these incidents represent a national security threat from unknown Russian or Chinese technology, or something else.

Those who have followed other governments’ reviews into UFOs say they often have a military bent, part of the reason why many have remained classified. Because similar reviews in Brazil, Britain, France, Spain and others were driven by national security concerns, the resulting reports have been equally restricted and classified as such. Those who track these investigations say that lens must change.

“There continues to be a vital need for the civilian scientific study of UFOs,” says Peter Whitley, a UFO researcher based in Japan and also a member of MUFON. “The public may be surprised to find out just how much research is being conducted by public organizations such as MUFON into uncovering the mysteries behind these sightings. While new discoveries continue to be made, we are at a point now where we can paint an accurate picture of a typical sighting based on the wealth of data accumulated over the years.

“Certain aspects of these sightings are so consistent on a global scale,” he says, “it is indisputable that this is a physically real phenomenon worldwide and not simply the result of media influence or cultural bias.”

Others see some cause to feel optimistic.

“We are seeing a great deal of public interest in the report. Even here in Japan it has been covered in the mainstream media,” Whitley says. “there now exists a momentous and perhaps historical push for tightly held information about UAP/UFOs to be made public. In that sense, even a ‘disappointing’ report may only serve to fuel the flames for official disclosure.”