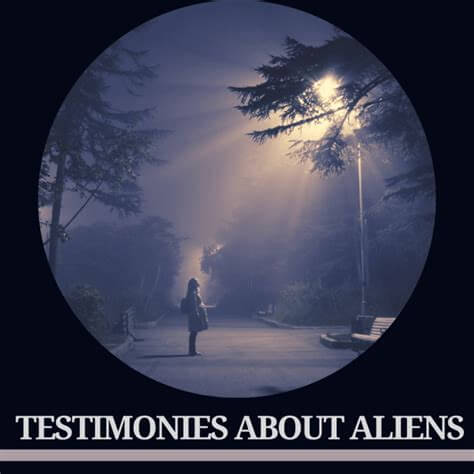 In recent years, the media has become obsessed with the UFO phenomenon (and, for good reason). As an amateur investigative writer, I’ve read and listened to many testimonies about UFOs and aliens. These are the strongest testimonies I’ve ever heard on the subject. If you can debunk any of these testimonies, leave your research in the comments section.

Most Convincing Testimonials About Aliens

In 1993, Dr. Steven M. Greer gave up his work as an emergency physician and chairman of the department of emergency medicine at Caldwell Memorial Hospital in North Carolina to found The Disclosure Project. The project is devoted to collecting and verifying certificates related to the topic of UFOs and Aliens.

From 1993 to 2001, Dr. Steven M. Greer has collected 120 hours of testimonies, which he then edited and included in a 500 page briefing document. Among them are 350 testimonies from military and intelligence people. These sources have worked for the CIA, the NSA, the Air Force, the Marines, and the federal government. All of them signed a statement under the oath that the information they provided was correct. In fact, some of these sources have even testified in front of Congress.

Some of the sources are so high-ranking that their names have been hidden for safety reasons, only to be shared with the congressional committee. While most of the testimonies were about UFO sightings, some actually detail the appearance of the extra-terrestrials.

Information Shared With the Disclosure Project

Dr. Steven M. Greer held a press conference on May 9th, 2001, at the National Press Club in Washington, D.C. Over twenty military, intelligence, government, corporate, and scientific witnesses participated. Few events have ever had this many credible witnesses in the same room.

People in Congress who make inquiries, and President Clinton who made inquires, are simply denied access.

Popular Books: Light at the End of the Tunnel: A Survival Plan for the Human Species, Hope Restored: An Autobiography by Paul Hellyer: My Life and Views on Canada, the U.S., the World & the Universe

In the following video, you’ll see Paul Hellyer (former Canadian Defense Minister) provide a clear statement regarding the existence of Aliens. He made these statements at an event organized by the University of Toronto in 2005. He also shared this information before the Canadian parliament at a hearing held in late May, 2013. Most of the information in his testimony comes from classified reports he read between 2003 and 2006.

Books: Psychic Exploration: A Challenge for Science, An Astronaut’s Guide to Life on Earth: What Going to Space Taught Me About Ingenuity, Determination, and Being Prepared for Anything, The Way of the Explorer

Edgar Mitchell, a former Apollo 14 astronaut, said that, while working at NASA, he received information about Alien visitations to earth. Although NASA has denied these statements, Mitchell believes that it is a matter of policy for American institutions to deny and hide the truth. The video below first appeared on Kerrang radio on July 23rd, 2008.

Yes, there have been ET visitations. There have been crashed craft. There have been material and bodies recovered. There has been a certain amount of reverse engineering that has allowed some of these craft, or some components, to be duplicated. And there is some group of people that may or may not be associated with government at this point that have this knowledge. They have been attempting to conceal this knowledge. People in high level government have very little, if any, valid information.

Boyd Bushman is a retired senior scientist. He worked for Lockheed Martin and many other defense contractors. In a career spanning over forty years, he was awarded many patents and received many awards. In the following video, he speaks clearly about the existence of Aliens.

They are approximately four and a half to five feet tall, have three back bones that are actually cartilage, and are able to communicate telepathically… They’re able to use their own voice by telepathy to talk to you. You walk in the room with one of them, and all of a sudden you find yourself giving the answer to your question in your own voice.

Occupation: Colonel in the U.S. Army

Books: The Day After Roswell

Colonel Philip J Corso served in the U.S. army from 1942 to 1963. Over the course of his career as a Colonel, he spent four years as a liaison officer for the national security council under the command of president Dwight Eisenhower.

A year before his death in 1998, the Colonel published The Day After Roswell, in which he claims to have seen a dead Alien at Fort Riley base, Kansas. The information in the following video comes directly from classified files at the Pentagon. Colonel Corso claims that the documents contain information about dead aliens that were carried to Walter Reed medical center.

There had to be a way of maintaining full deniability of the flying disk phenomenon while actually preparing the public for a disclosure by gradually desensitizing them to the potential terror of confronting a more powerful biological entity from a different world. It would have to be at the same time both the greatest cover-up and greatest public relations program ever undertaken.