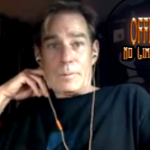 Randy Maugans of Off Planet Radio returns as a guest on The Cosmic Switchboard Show to discuss the emergence of David Wilcock, Corey Goode and what became “The Secret Space Program/Blue Avian Sphere Being Alliance” which has gained such notoriety on the Internet.

Randy talks about how Wilcock was heavily influenced by Carla Rueckert’s “Law of One” and “Ra Material” channellings and this in part formed the basis of Corey Goode’s Blue Avians narrative.

In Part 2 Randy discusses “the Saviour Program” which many self appointed Gurus are pushing and how it ties into the Bogus Disclosure/Secret Space Program narrative..