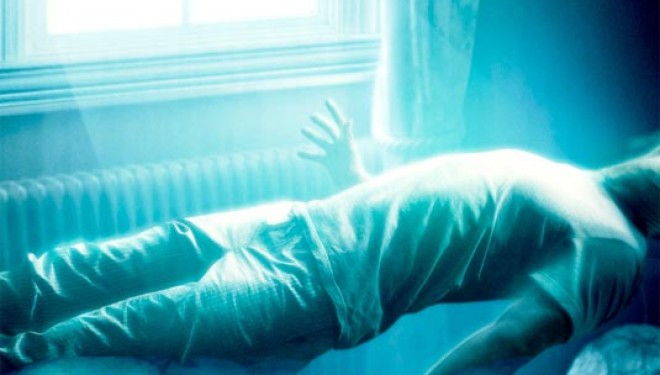 “The Fourth Kind” is an American science fiction thriller that was released in 2009. Set in Nome, Alaska, the story is based on the mysterious disappearances of 24 people in Nome from the 1960s through to 2004.

According to “Box Office Mojo”, The Fourth Kind was a box office hit, making $47.46 million worldwide, from an estimated $10 million budget.

Despite enjoying considerable box office success, The Fourth Kind was panned by critics with some deeming it has being insensitive to the families of the missing victims.

In an analysis of The Fourth Kind, Rotten Tomatoes, a website devoted to reviews, information and film news, summed the film up as follows:

“While it boasts a handful of shocks, The Fourth Kind is hokey and clumsy and makes its close encounters seem eerily mundane.”

The true part of the story is as follows.

In 2005, FBI homicide detectives did in fact investigate the mysterious disappearance of 24 people that had taken place in Nome between the 1960s and 2004, which caused locals to initially think there was a serial killer involved.

According to the Anchorage Daily News, most of the victims were native men who had traveled to Nome from surrounding villages. The FBI determined there was no real reason to suspect a serial killer and instead came up with the explanation that, “Excessive alcohol consumption and a harsh winter climate,” were to blame for the disappearances.

However, The Fourth Kind is based on a conspiracy theory from the movie producers as to why those people went missing from Nome, and that they were actually abducted by aliens.

The footage in the film that shows hypnotherapy sessions taking place between “Dr. Abigail Tyler”, played by Milla Jovovich, and the patients who claimed they had been abducted. The movie was dubbed as being, “the most disturbing evidence of alien abduction ever documented.”

Between the FBI dismissing the Nome missing people’s case as being due to “excessive alcohol and a harsh winter climate”, and movie producers ‘cashing in’ on the story by producing a fabricated tale about alien abduction, it is hardly surprising that the families of those who disappeared are upset about the lack of case closure.

Being located on the very edge of the continent, local UFO “watchers” feel a special kinship with Nome. And according to Huliq.com, there are “regular UFO sightings in the Nome region throughout the year, with ufologists thinking this may be a region for a sort of command center for alien life on Earth.”

Despite the so-called “UFO sightings” that regularly take place in Nome, proof that the alien “explanation” behind the Nome missing people was fabricated was made in 2009 when Universal Pictures, the company that made The Fourth Kind, had to pay a settlement for creating fake news accounts to promote the so-called “documentary” film.

A report made by Fox News stated that Universal Pictures agreed to $20,000 to the Alaska Press Club to settle complaints that fake news archives were used to promote the movie.

According to the report, Universal Pictures had created a series of fabricated online news articles to promote the alien-abduction movie, and the articles posted had the appearance of coming from real Alaska newspapers.

These fake news reports included an obituary and news story allegedly taken from the Fairbanks Daily News-Miner, about the death of one of the movie’s leading characters, Dr. William Tyler. Besides being forced to pay $20,000 in compensation, Universal was also required to remove the fake news articles from the Internet.

The problem at that point is that the damage had already been done. The originals had gone viral, and there were many thousands of “believers” that continued to believe the story was real, even though the fake evidence had been removed from the Internet. So with the alien abduction story behind disappearances being a proved fabrication, what is the real story behind the missing people of Nome?

In an article published in the LA Times, titled, “Alaska, Land of the Lost,” Alaska is described as follows:

“In its rugged, lonely vastness, there are so many ways and places for people to disappear, so many reasons the missing are never found.”

According to the article in 2004, 3,323 people were reported missing in the state of Alaska, far higher than anywhere else in the country. Since police began recording numbers in 1988, they have received at least 60,700 reports of missing people in Alaska.

Comprised of 39 mountain ranges, Alaska has 3,000 rivers, 5,000 glaciers and more than 3 million lakes, all of which, according to the LA Times, “offer nooks and envelopes for bodies to slip in and remain hidden forever.”

In Alaska, there are many ways to get lost and never found.

Getting Lost in Nome

As the Alaska, Land of the Lost” article states:

“People vanish by accident and by design, by fluke of nature or quirk of circumstances, by foul play, misstep and bad luck.”

As Nuliq.com states, Nome is located about 2,000 miles north of Bray’s Point, sitting on the ‘very edge of the continent’.

Huliq.com erroneously implied that it is because of Nome’s isolation, wilderness and vastness that it has experienced a “rash of alien abductions”. This was a theory that was grossly exploited by Universal pictures for the movie The Fourth Kind.

However, a more logical explanation behind the mysterious disappearances in Nome between the 1960s and 2004 is that Nome, being situated on a particularly remote edge of a state that is defined by its “rugged, lonely vastness”, is a place where there are many ways for people to disappear.

Because of that, there are many reasons the missing are never found. The odds are very good that none of those reasons have to do with aliens.