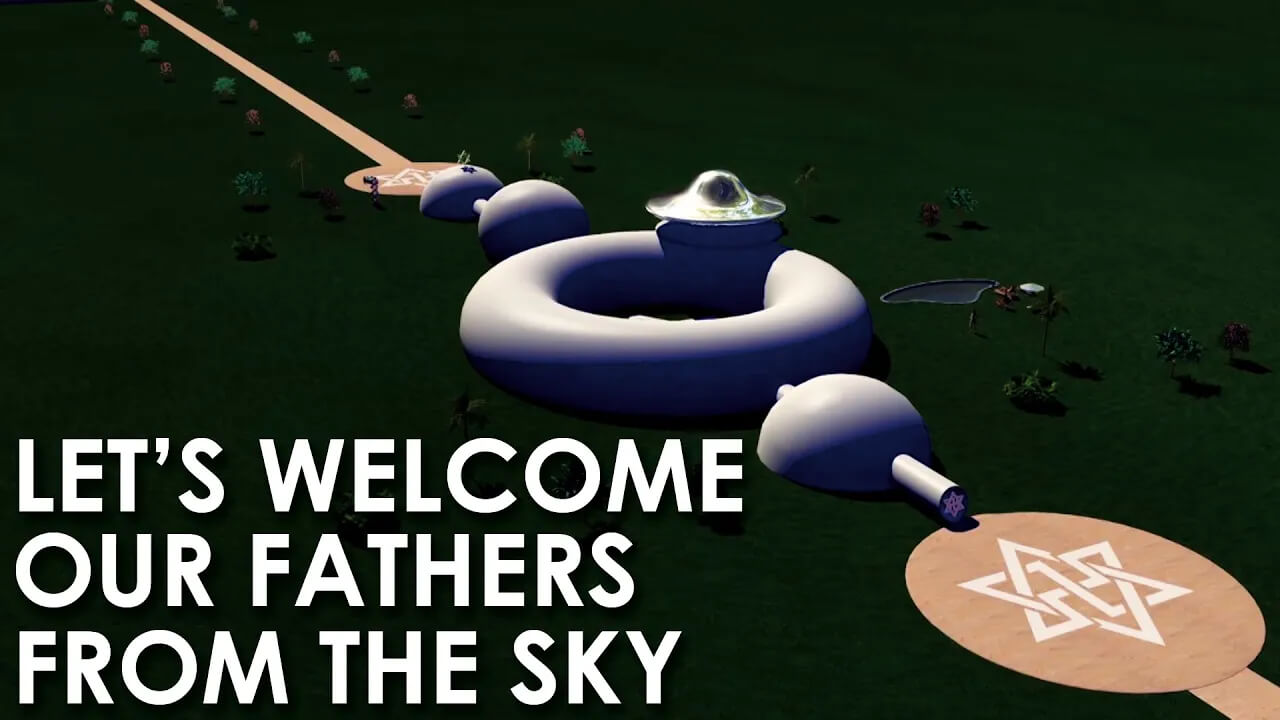 Hundreds of thousands of people around the world, including Raelians, believe that we were created by advanced scientists from another planet, who created us in their image.  These extraterrestrial scientists, mentioned in the Bible as “the Elohim,” have continued to monitor our progress and have also sent messengers throughout the centuries – including Jesus, the Buddha, Mohammed and a few dozen others.  Each messenger brought humanity a message appropriate for the level of human understanding prevailing at the time.

Our current level of scientific knowledge prompted our extraterrestrial creators to send one last messenger, Rael.  His mission is to tell all people on earth the truth about our origin and to reveal our creators’ desire to meet with us.  They will return with all the ancient prophets, as announced in all the religious scriptures.

But before the Elohim return, we must invite them officially by building an embassy, which will become the “Third Temple” predicted in ancient writings.  Such is the mission of Rael and those who have decided to help him, the members of the International Raelian Movement.

The country granting the necessary extraterritoriality and authorization for the embassy to be built within its territory will not only benefit financially, but also enjoy the protection of the Elohim.  It will become the spiritual and scientific center of the planet for millennia to come and happiness will prevail within its borders.  This country will have huge economic and scientific benefits!

All Raelians ask in exchange is that you grant us a very small amount of land (approximately four square kilometers) for the purpose of building a peace-loving embassy, plus your guarantee that you will agree to a few stipulations designed to ensure privacy and diplomatic neutrality for those in residence and their visitors, like every embassy on Earth.

Which country will it be?