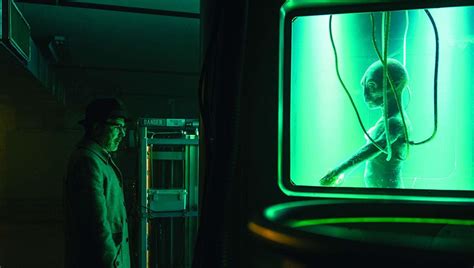 Two locations are legendary among UFO seekers. One is Roswell, New Mexico, where sightings of a so-called flying saucer electrified the town in 1947. The other is Area 51 near Groom Lake, Nevada, where the U.S. government has long maintained a secret base that some say hides UFO-related technology and experiments. Both of these mysterious and much-discussed sites are front and centre in the second season of “Project Blue Book,” the History channel drama based on an actual U.S. Air Force program by the same name, in which teams of experts investigated reports of UFOs from 1952 to 1969. There was suspicion in the air, and there were many reasons for this. So, when a businessman and pilot known as Kenneth Arnold made a report on June 24, 1947, it quickly raised the fever. Kenneth’s report was clear and direct: He had observed nine flat disc-like aircraft near Mt. Rainer, Washington. They were flying at incredibly high speed. His description of them was so vivid and the press, who quickly dubbed those aircraft as “flying saucers,” was the beginning of thousands of other similar reports. In fact, between that first incident in 1947 and when Project Blue Book was terminated in 1969, a total of 12, 618 sightings of strange things moving in the sky had been reported across the United States. When the Project Blue Book was carefully shut down, the U.S. Air Force gave a number of grounds that have since been its official stand: No UFO reported, investigated, and evaluated by the Air Force has ever given any indication of threat to our national security; There has been no evidence submitted to or discovered by the Air Force that sightings categorized as “unidentified” represent technological developments or principles beyond the range of present-day scientific knowledge; and There has been no evidence indicating that sightings categorized as “unidentified” are extraterrestrial vehicles.