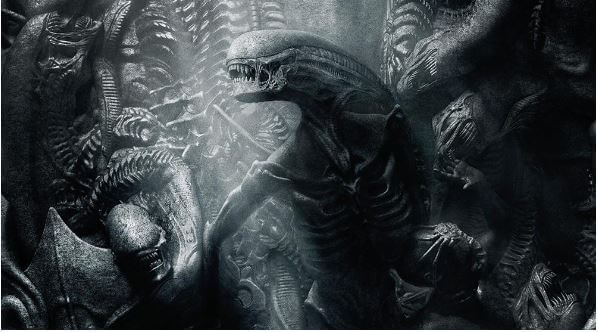 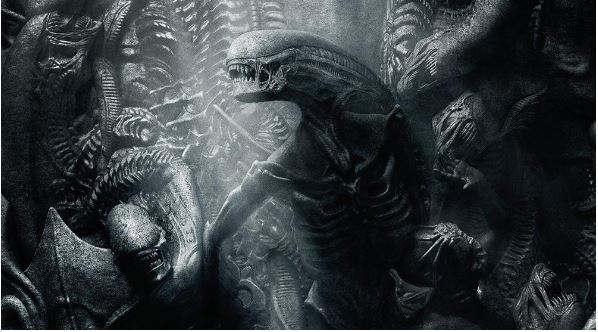 The Annunaki – what role they played in the history of mankind. The whole truth about aliens and the satanic sect “The Ninth Circle of Hell”.

The presence of extraterrestrial beings on our planet has been discussed for a long time in conspiracy circles. Popular culture makes fun of these rumors, and the authorities choose to ignore it. At first glance, it may seem that this is just fiction but many facts and events prove that aliens may indeed be among us.

An interesting event took place on August 7, 2019. A video entitled “A Chance on the Edge” was released on the YouTube channel of the ALLATRA international public movement.

In its 57th second, one of the presenters named Zhanna demonstrated the ability to blink like a reptile and this did not happen by accident. Regular viewers regularly noticed her strange blinking and they bombarded the editorial office with a lot of questions about this.

A chance on the brink

From the further context of the conversation, it became clear that Zhanna was a representative of the Annunaki race and the direct demonstration of such skill, contrary to human physiology, raised even more questions.

One of those who wanted to get to the bottom of the truth was the popular Spanish blogger Nacho Rojo. He hosts the VERDAD OCULTA channel.

However, instead of banal voice-over of his version of what is happening, he went further. Nacho submitted the original video for digital forensics. It turned out that no traces of editing were found on the video and this added even more intrigue to what was happening.

In the end, Nacho decided to do interviews with the members of the show to ask them a series of questions, interested to both himself and his blog subscribers.

What do we know about the Annunaki in general?

About 6000 years ago, in the area of ​​Mesopotamia, the Sumerian civilization appeared. According to historical data, it was unusually developed for its time.

Ancient texts indicated that the Sumerians had their own numbering system as well as an unusually clear knowledge of the structure of the solar system. In addition, many unique inventions are attributed to these mysterious people.

The Sumerians themselves claimed that they were a “gift from the gods.” To date, scientists have found that Sumerian mythology has many similar points, which were also described in the “Old Testament” of the Bible. As we know, the Bible was written much later, after the disappearance of this people.

For example, in the myths of Sumer, it was also told about the creation of the world. It was said that man was created from clay and endowed with the breath of life. It was about heaven and hell. It has long been generally accepted that the Biblical version of the Flood story is borrowed from Sumerian myths.

Then the myths of the Sumerians spread to neighboring ancient states such as Asyria, Babylon and Elam, where they formed a separate mythological pantheon.

The first mention of the Annunaki

According to historians, it is in Sumerian mythology that the first mention of the Annunaki can be found.

In Sumerian mythology, they are deities born of the god Anu. He was considered the patron saint of the sky and the goddess Ki – the patroness of life.

The Annunaki brought knowledge and were considered the protectors of people.

In the myths of Babylonia, these higher beings act as the builders of pyramidal temples.
Today it is generally accepted that the Annunaki arrived on Earth from Nibiru. However, in the program “Thought is material” another version was announced.

That is, “Who came from behind the sun.”

However, Jeanne also said that even Nubira is not the real name of their planet. It’s actually called WAMFIM. This is the closest Annunaki planet to Earth and there are thousands of such planets.

Annunaki – Who needs such hatred?

Today you can see that on the Internet and even in some media, the Annunaki is undergoing a powerful persecution. They are accused of wanting to enslave humanity by establishing own dictatorship to turn people into slaves and even food. Moreover, all this is presented as the exposure of a great secret behind which there is a whole conspiracy theory.

So, the famous English conspiracy theorist David Icke claims that the British royal family, as well as some US presidents, are Annunaki.

However, in his interpretation, this word means a hybrid race between humans and reptiles. According to one of Hayk’s theories, without interbreeding with humans, the reptile race cannot stay on earth for a long time.

This is due to the difference in the frequency range between the worlds. The conspiracy theorist often makes extremely contradictory statements. That ultimately does not promote his ideas, but on the contrary discredits it.

One gets the impression that his activities boil down only to the fact that – in different ways, to reshuffle facts with fiction.

Another strange thing is that while spreading unpleasant rumors about the British royal family, he himself lives quietly in England, moves freely around the world and holds large-scale meetings. If it were true what he says, he would at least be overtaken by the fate of Julian Assange, the creator of WikiLeaks.

It is likely that this state of affairs is beneficial, both to the queen herself and to a certain organization.

In 2016, the Brussels International Court of Common Law heard evidence from witnesses. They dealt with the crimes of the global organization of ministers of the satanic cult “the ninth circle” .

According to eyewitnesses, it includes members of the most influential royal courts in Europe, the Vatican hierarchy, as well as the highest ranks of governments and special services. Witnesses told horrifying details of what they had to endure in the private royal domain.

Conspiracy of the powerful “Ninth Circle”

Due to the established restrictions, we will not be able to describe the details for you, but those involved in the cult were not prosecuted. In addition, Satanists, at the expense of conspiracy theorists, managed to form public opinion and shift all the blame to the Annunaki.

In 2007, the Vatican received a report from its scientists on the inevitability of climate change which in the next 20 years will completely destroy human civilization.

In 2011, unexpectedly for everyone, the Catholic Church announced that aliens exist and we are ready to give a warm welcome to representatives of alien civilizations.

At first glance, these two events are not related. However, there is a certain motive in them. It is believed that the Vatican intends to seek contact with aliens, so that they would not only solve climatic problems. They also left behind the cult of the “ninth circle” the right to mediate between humans and aliens.

THEY ARE IN GOVERNMENT!

The Pope, like the entire elite, is well aware of the true history of mankind. They know that 24,000 years ago, humans were slaves and food to an evil race of aliens. The aliens called themselves the Apexians. These are gray humanoid creatures, small in stature, with a large head and huge eyes.

In those distant times, humanity found a way to get rid of tyranny. People managed to ask for help from another civilization. Then the Annunaki intervened in the situation and expelled the Apexians from Earth by giving us the most precious thing – complete non-interference in people’s affairs and freedom of choice.

The Annunaki are among us

However, some representatives of the Annunaki continue to live on Earth. Like dispassionate arbiters, they make sure that other aliens from outside do not interfere in the life of our planet.

The no-interference policy applies to everything, including military conflicts and climatic disasters. People should solve all these problems themselves and people can do it. However, the “ninth circle” is not profitable. After all, in order to save the planet, they will have to reveal their secrets as well as to promote reconciliation and unification of all people on the planet.

For the elite, this means only one thing – a complete loss of power.

As a result, the “ninth circle” decided to tie up the support of the evil race of the Apexians. There are enough technologies to stop a global natural disaster. At the same time, all of humanity will be given up to be torn apart. But the elite will retain the place of rulers.

Hence the idea of ​​discrediting the Annunaki as a potential evil arose. Indeed, according to the agreement, if a large group of people wants the aliens to leave the planet, the Annunaki will be forced to do this. If they leave the land, then the Apexians can return to it, in order to restore their dictatorship. And then the adherents of the “ninth circle” will appear on the stage.

If this danger really exists, it is important that humanity does not allow itself to be deceived.