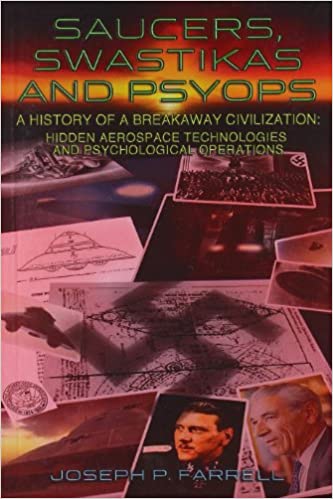 ‘On July 30, 1976, the LR [Labeled Release] returned its initial results from Mars. Amazingly, they were positive. As the experiment progressed, a total of four positive results, supported by five varied controls, streamed down from the twin Viking spacecraft landed some 4,000 miles apart. The data curves signaled the detection of microbial respiration on the Red Planet. The curves from Mars were similar to those produced by LR tests of soils on Earth. It seemed we had answered that ultimate question.

When the Viking Molecular Analysis Experiment failed to detect organic matter, the essence of life, however, NASA concluded that the LR had found a substance mimicking life, but not life. Inexplicably, over the 43 years since Viking, none of NASA’s subsequent Mars landers has carried a life detection instrument to follow up on these exciting results.

Additionally, the Viking orbiter took photos of the famous Face of Mars in the Cydonia region that was analyzed in depth by a number of researchers. Dr. JJ Hurtak was among the first to bring public attention to the existence of artificial structures on Mars revealed by Viking and the earlier Mariner 9 mission in a number of television interviews beginning in 1977.

The first scientific analysis of the Viking data was published in 1982 in Omni Magazine by Vincent DiPietro, an electrical engineer, and Gregory Molenaar, a computer engineer. Their 1982 Omni article was an extract of their 77-page book, Unusual Martian Surface Features, also released that year. They were soon followed by Richard Hoagland, who in 1987 authored The Monuments of Mars: A City on the Edge of Forever; and Hurtak, who co-authored The Face on Mars: Evidence of A Lost Martian Civilization in 1989.

Officially, NASA cast scorn on the analyses of Hurtak, DiPietro, and Hoagland about the Cydonia region containing the remains of an ancient Martian civilization. Nevertheless, other US government agencies were very interested in Hurtak, DiPietro and Hoagland’s analyses.

A declassified Central Intelligence Agency document reveals that in 1984, the CIA employed a psychic “remote viewer” to look at a region of Mars as it was approximately one million years ago. The remote viewer (Joseph McMoneagle), who was not aware that the coordinates given were on the planet Mars, described seeing pyramids, futuristic technologies, and a very tall human-looking civilization facing impending environmental calamity.

What makes the CIA document remarkable is that the coordinates provided to the remote viewer, Joseph McMoneagle, were of the Cydonia region as depicted in the 1976 Viking Orbiter images of Mars.

There are many questions about microbial and ancient intelligent life on Mars that the Chinese will begin to answer for themselves with the upcoming Tianwen-1 mission. However, the more interesting ‘questions to heaven’ are whether indigenous intelligent life continues to exist on Mars and whether in the 1950s/1960s, a German space colony was established there with US funding and logistical support.

The first report of a German colony being established on Mars came from a Bulgarian electrical engineer, Vladimir Terziski, in the early 1990s. Terziski gave lectures around the US from 1991 to 1993, showing documents and videos of Nazi SS flying saucer prototypes, and of a space operations center established in Antarctica by the Germans.

In the 1950s, after agreements had been reached between the Eisenhower Administration and the German breakaway colony in Antarctica, US resources began to flow to the Germans’ secret space program. This was done under cover of the Apollo program, which was run by German paperclip scientists holding senior leadership positions in NASA.

In chapter 12 of the US Air Force Secret Space Program, I explain how the Apollo program was used to funnel resources and personnel to help the Germans establish colonies on the Moon, Mars, and elsewhere in deep space. The German and US cooperation largely took place through a corporate consortium involving leading German and US corporations.

In 1989, an electrical contractor, Al Bielek, came forward to allege that he and his brother, Duncan Cameron, were taken to Mars through a jump room or teleportation device located at Montauk, Long Island, New York. In interviews, Bielek confirmed the accuracy of the Alternative 3 scenario involving the establishment of bases on the surface of Mars for a continuity of species program as first revealed in a mock British TV documentary.

Bielek said he and Cameron were sent by teleportation technology into ancient bases in the interior of Mars on multiple occasions. He described these bases as approximately 20,000 years old, built by human-looking extraterrestrials and long ago deserted. Along with another witness, the electrical engineer Preston Nichols, all the witnesses emphasized the role of Operation Paperclip German scientists who were very much involved in setting up and running the Montauk Project.

In 2000, Michael Relfe came forward to reveal that he had spent 20 years on Mars as a pilot and psychic on a highly classified space program. His experiences were detailed in a two volume series called The Mars Records. He was the first person to come forward claiming to have participated in a “20 and back program” – wherein an individual is age-regressed and sent back in time to his/her initial deployment, after serving for 20 years in a secret space program.

Relfe’s incredible story was followed in April 2014 by Randy Cramer, who claimed to have spent 17 years on Mars after being signed into the “20 and back program” on a secret moon base called Lunar Operations Command in 1987. He says that his primary mission was as a space marine protecting a corporate-run Mars colony from indigenous life that was highly intelligent, territorial, and aggressive.

Corey Goode first came forward in October 2014 and early 2015 revealing his own experiences in a Navy-run secret space program, Solar Warden, and how he had, on several occasions, traveled to Mars to service equipment for a corporate-run program where Germans occupied senior leadership positions. Goode later revealed a more recent trip to Mars in 2015, about how the Mars (German) colonies were providing advanced technology to as many as 900 different extraterrestrial civilizations.

I compared Relfe, Cramer, and Goode’s respective “20 and back” secret space program experiences in Insiders Reveal Secret Space Programs (2015). The congruity of their independent claims was highly significant and supported the idea of advanced Martian colonies established by a German-US corporate alliance.

There continue to be more alleged insiders coming forward with sensational claims of having traveled to Mars and being forced to work with a German-run secret space program in deep (interstellar) space. While such claims continue to raise controversy, the scope of the information and the credentials of some of the insiders is impressive.

The mounting testimonial and documentary evidence of intelligent life on Mars and of the establishment of breakaway German and US corporate-run colonies there would certainly raise legitimate questions for China, especially as it is soon to launch its first official mission to Mars.

Availabe in Paperback, eBook and Audiobook versions on Amazon

In Rise of the Red Dragon: Origins and Threat of China’s Secret Space Program, I explain how China has long-held suspicions about “UFOs being a western trick” trying to side-track from genuine research paths. In short, China has long suspected that UFOs were surveillance craft belonging to the US and the Soviet Union/Russia rather than being extraterrestrial in origin.

More recently, China has developed squadrons of antigravity spacecraft and is using its conventional rocket-powered space program as a cover for its true military operations in space. By 2030, China aims to achieve strategic dominance in space, which includes the ability to carry out a Space Pearl Harbor against the US if required.

China’s upcoming Tianwen-1 mission will begin the difficult task of answering key questions about the history of intelligent life on Mars, and of alleged corporate-run colonies secretly operating on the red planet. The definitive answers China finds to such questions are likely to shock their military and scientific establishment to the core.

China will confirm that it is a latecomer to human operations on Mars, and is far behind what the German and US corporate alliance have established there dating as far back as the 1950s/1960s. China’s Tianwen-1 mission will likely confirm multiple insider accounts of secret Mars bases and encounter some of the Germans’ advanced antigravity spacecraft. It’s likely to begin the challenging negotiating process that lies ahead if China wants to establish a long term presence on Mars, and hopes to participate in the remarkable scientific developments that are secretly occurring there under German control.