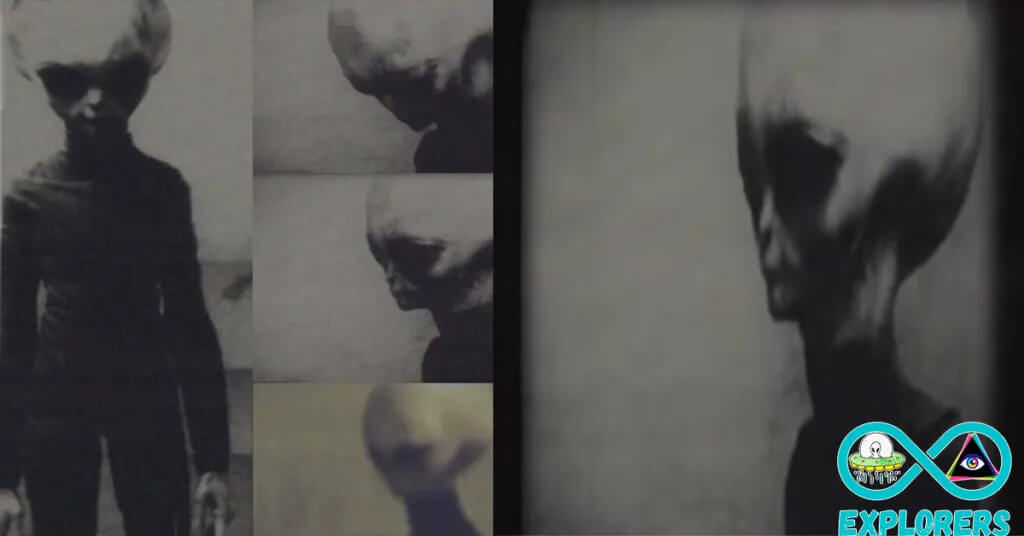 More than 10 years after it has been published on the Internet, the mystery about the truth or falsehood of these skinny bob Alien videos persists.

Internet is full of weird stuff about aliens, UFOs, and extraterrestrial life. There is a wealth of resources on these phenomena, including countless videos and photos of UFOs and aliens, with so much obviously fake stuff that makes it difficult to separate the chaff from the wheat.

However, now and then something comes out that actually manages to make its mark, and one of these was a series of videos that appeared online claiming to show aliens alive inside some kind of government program.

In 2011, a very curious video began to circulate. Posted on YouTube by a user named ivan0135, the series of alleged leaked videos allegedly show alien beings being interrogated by some government agency, supposedly the KGB.

In the videos, a being that closely resembles the race known in ufology as “Gray” is shown being interviewed and examined – presumably as part of some kind of diplomatic exchange.

The creature is described as belonging to the Zeta Reticuli star system (the same system that the famous EBE and the Betty and Barney Hill kidnappers came from ), sent as part of an agreement to discuss “matters of mutual interest.”

It is said, these aliens were escorted by special officers and only met with high-ranking officials. And although there were several in the film is especially one which is called by its aspect – as – clearly Skinny Bob ( Bob Hardy ).

The alien itself appears as a very slim, stooped figure with an oversized bald head, slit-shaped mouth, large eyes – which seem very expressive and blink – and hands with extremely long fingers – although we can never see well their hands on the videos.

Apparently, there were a whole series of interviews conducted with the creature from the years between 1942 and 1969, although only a few clips were leaked.

The best-known clip simply shows Skinny Bob sitting at a table, apparently in a telepathic interview, after which we see images of the alien from head to toe, showing off his disproportionately long arms and strange build. After that, there is a shot of him supposedly inside a pool of some kind of liquid, where he supposedly slept.

According to the videos, the aliens were often filmed without their knowledge or agreement, with a “document 072 / E” supposedly describing an incident in 1961 in which three of the beings realized they were being secretly filmed by a hidden device, which was considered a violation of their agreement.

There was supposedly a treaty that stipulated that photographs and footage of the entities would not be allowed unless specific permission was given. The footage in question involves a group of aliens walking outside on what appears to be a lawn, and the beings were apparently so upset by this that the treaty was revised, although it is unclear in what way.

While these two clips are the best known and widely available, there were allegedly other clips that have since been removed, such as the one from the alien craft and another from an autopsy performed on a dead specimen at the base.

As soon as these clips were released, there was an immediate debate about their authenticity and who ivan0135 was. The discussions about the video have gone both ways, and some are convinced that it is real, while others point out that it is obviously a hoax (hoax), and that no further analysis is required to find out …

Is it CGI, animatronics, or some kind of promo?

A special effects expert named Ben Philips offered his own thoughts on the footage saying:

If it was a puppet, then not only is it an impressive design, but the puppeteers were the best; the way he shifts his posture and looks down when his height is measured is very well done and one of the reasons why if it is a computer generated character it was done using motion capture and not animated keyframes .

I’m not saying it’s not a fake. I propose that if it was, it was done by a multidisciplinary team of effects professionals. They spent a lot of time and money building physical models for extremely short clips that weren’t even the main subject of the video. If it’s false, none of those involved have broken their silence since May 2011 to claim their job.

Others are not so sure. It has been pointed out that the frame rate seems wrong. There have been discussions as to whether it was 16mm footage or not, and why there is a fake sounding camera clicking sound and superimposed on everything.

However, even to skeptics, the main mystery seems to be why someone would have gone to so much trouble to make a fake. It seems that these videos would have cost a lot to make, but no one has really tried to make money from them.

It had also been suggested that this was some kind of viral marketing for a sci-fi movie, but if that’s the case, for which movie? These clips were released in 2011, however, there have been no movies that they have been connected to and no one has admitted to making them.

Also, no one knows who the mysterious ivan0135 is , he has never revealed his identity and, in a way, has disappeared from the radar. One Reddit user , JamesyEsquire , has pretty well summed up these points as follows:

In terms of this being ‘real’, there are numerous red flags, the clicking sound of the camera seems to have been added to the top of the footage, overall it just ‘feels’ too good to be true.

Now the problem is this. Many CGI experts and those in the film industry have studied the footage and most agree that if it is fake, it is the work of a big budget studio. I estimate that, especially in 2011, for a studio to produce something of this quality, it has to have a budget close to $ 250,000. To my knowledge, the video has not been monetized, no one is making $$$ from this, no studio has come forward to claim it, if this were a viral video for an upcoming movie, we would know by now.

Again, I don’t want this to turn into a real discussion or not, the mystery to me is why? Who did this, who had the money to do this seemingly without profit? I’d love to hear the thoughts of people working in the film and special effects industry, what kind of budget / setup was needed to make this footage in 2011? Are there examples of “homemade” CGI from 10 years ago that look as good as this? Is it an animatronic? Again, if so, who did it?

But not only that. Who is the mysterious user of these clips and where did he go? To this day, no one has claimed responsibility for the videos, which has only contributed to perpetuating the enigma.

Deception or not, the Skinny Bob videos caused a sensation in their day, have been discussed often up to the present, and definitely show how difficult it will be to get any photographic or film evidence accepted as real. We could perfectly have the greatest evidence ever obtained in front of our eyes and we do not know it — nor would we have any way of knowing. A sublime paradox of showing to cover up.

What do you guys think of these Alien videos?