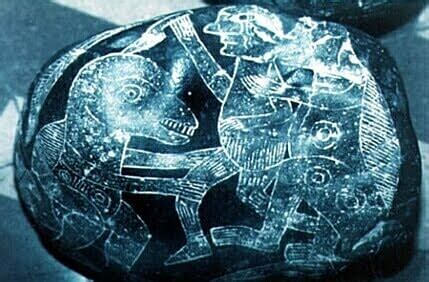 The Ica stones are one of the most mysterious artifacts ever discovered on the planet. These mysterious stones found in Peru, depict the use of electromagnetic energy, pyramids, space travel, men looking at the stars with binoculars, the study of ancient petroglyphs and most shockingly maps of our planet as it was 13 million years ago. 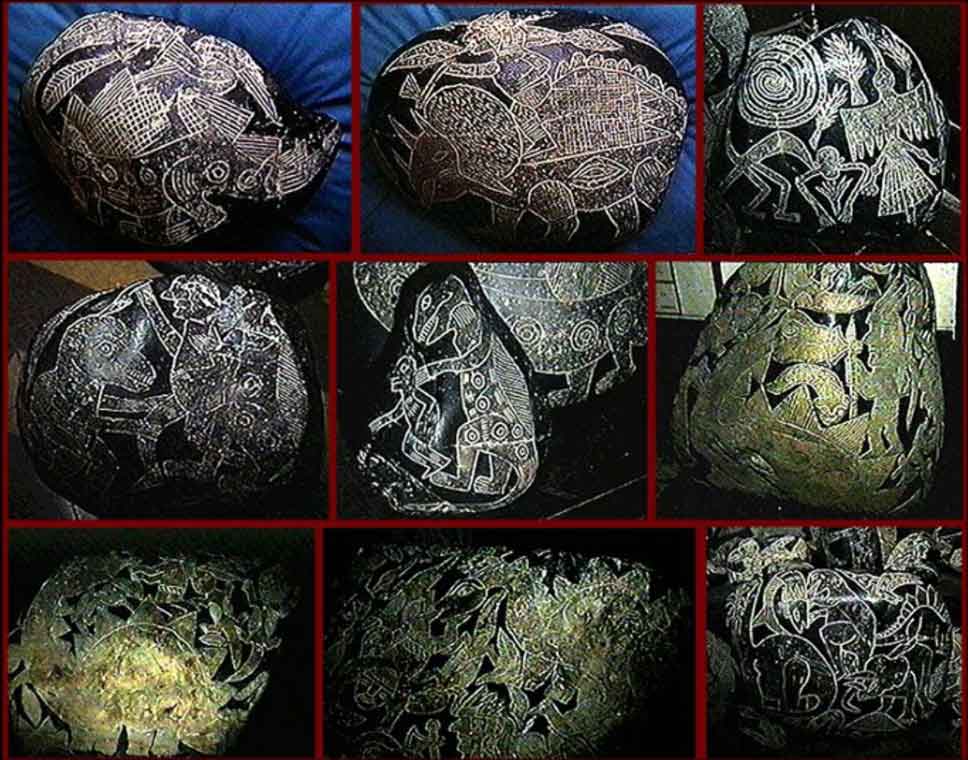 Among the unexplained engravings found on the Ica stones you can observe fascinating details and accounts like blood transfusions, organ transplants, in addition to constellations and other developments that should not have been possible in the distant past.

The (in)famous Ica stones have caused, since their discovery a major uproar in the scientific community which has categorized them as a hoax, even though numerous laboratories have confirmed their existence stating they are extremely old. The stones were found in 1961 by farmers beneath the sands of the vast desert of Ocucaje, on the coast of the Department of Ica, Peru.

The Ica stones come in different shapes that have been decorated with what many believe are ‘ancient drawings’ of dinosaurs and extremely advanced yet ancient technologies. The stones which vary in size have different colors ranging from gray, black, yellow and red. They were made out of andesite and are oxidized. According to Carbon 14 studies made by the Autonomous University of Madrid in 2003, Spanish Researchers Felix Arenas and Maria del Carmen Olazar determined that they are between 60,000 and 100,000 years old.

The stones first made headlines in 1966 when Doctor Javier Cabrera Darquea received one of the stones as a Birthday gift from a friend. According to Dr. Cabrera, he „found that these stones were part of an extraordinary lytic archive filled with extraordinary events that transcended anything found on our planet, and could not fit in the strict geologic timeline that scientists had assigned to the origin and evolution of the human species.”

Hoax or not, a never ending debate

The discovery of the Ica Stones is considered by many as one of the greatest controversies in the archaeological community. As many researchers have pointed out, the enigmatic stones are the ultimate evidence which proves mankind coexisted with dinosaurs in antiquity that stretches back at least 60 million years. This controversial timeline proposed by many researchers directly contradicts mainstream views on history yet seems to follow a pattern set by similar discoveries which oppose mainstream views of history and human origins.

The engravings on the Ica stones are beyond fascinating. Among the numerous scenes depicted, the Ica Stones offer a trip back in time where you can observe the reproductive cycle of a primitive fish without jaws that disappeared about 200 million years ago. In other images, you can appreciate the process of blood transfusions performed on a pregnant woman and even organ transplants (kidney, heart) among other things. Other depictions found on the Ica Stones illustrate what appears to be the application of anesthetic gas in a Caesarean section; others appear to depict –even though many claim it’s impossible– the transplant of cerebral hemispheres, the use of electromagnetic energy, pyramids, space travel, men looking at the stars with binoculars, the study of ancient petroglyphs and most shockingly maps of our planet as it was 13 million years ago.

Interestingly, the Ica Stones also depict 13 constellations: the traditional ones studied and observed by ancient cultures around the globe and the constellation of the Pleiades. According to reports, the 13 constellations correspond to the Babylonian Zodiac, which observed the sky recording the passage of our planet through the universe. 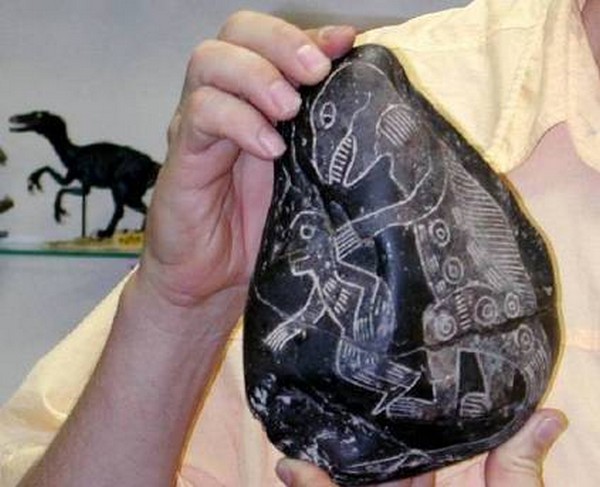 However, like many other controversial discoveries found on our planet, the Ica Stones are not exempt of controversies. Many local craftsmen have been discovered creating fake Ica Stones in an effort to make money. However, the real Ica stones which can be distinguished from the fake ones are thousands. The ‘real’ Ica Stones have an astonishing complexity which can hardly be replicated by a craftsman without sufficient knowledge.

It is important to mention that Dr. Cabrerra, the man who presented the Ica Stones to the word never made any money from the Stones. In fact, he used his own money to disclose the thousands of Ica Stones and study them scientifically, which led him to be vilified and ridiculed among many.

The truth is that the Ica stones are yet another discovery that proves history as we know it is completely wrong. And as author, producer, and anthropologist specializing in linguistics, archeology, and paleobiology (archaeogenetics) Robert Sepehr would say, mankind is a species with Amnesia.

1 thought on “The Ica Stones: Proof mankind Coexisted with Dinosaurs!”