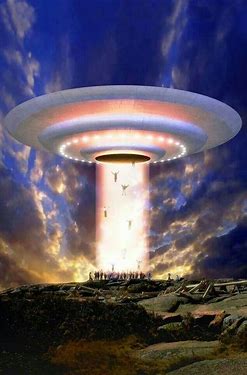 I am not an astronomer, but, knowing all the constellations in the night sky is on my bucket list of things to learn. At the moment, I tend to pick up a new one each year, when stargazing in winter.

I have always been fascinated by the stars and space, and in science fiction, in general. In particular, one of my earliest inspirations were the wonderfully accurate, awe-inspiring and otherworldly spacescapes of David Hardy (FBIS, FIAAA).

With a background in advertising (initially for Cadbury’s) and illustration, David Hardy is one of the most prominent members of the elite body of professional artists: The International Association of Astronomical Artists (IAAA), which he was the president of for several years.

Travelling the world to observe and paint eclipses, and David Hardy(based on areas of New Zealand, Hawaii, Iceland and the American West) the artist is also fascinated by meteorological and geological science. Hardy has produced paintings of volcanoes and thunderstorms as dramatic landscapes in their own right, and also for use as reference material for the weather and geography of alien worlds.

A staple of science fiction paperback artwork for much of the 1960’s, 70’s and 80’s, as well as the magazines of that time, Hardy produced work for names such as Isaac Asimov, Arthur C. Clarke and Carl Sagan. Clarke describes the artist’s work as “poetically luminous” a very apt description, and also praises his scientific accuracy, as one professional to another.

Being able to capture that curious lighting of space, a void without atmosphere, is a unique skill. By the use of rim lighting and deep shadow, even darker than space, Hardy captures the unearthly illumination and manages to create a graphic immediacy which draws the viewer in.

Stars cluster in perfectly defined profusion, casting a light of their own. Sunlight is pale and eerie. Sometimes it is Earthlight, or planetlight which is the main source of illumination. Be it the light of a blue dwarf or a red giant star that lights up the rugged surface of the barren landscape, the lighting is always perfect.

Because of this attention to detail, Hardy’s later work, of the 90’s and into the 2000’s, have been used in press releases for recent scientific discoveries such as the discovery of the longest tailed comet Hyakutake, and the close pass of comet Shoemaker-Levy in 1994.

The artist also painted a prediction of the final eclipse of the millennium, in 1999, depicted by Hardy taking place over St. Michael’s Mount in Cornwall. Typical of Hardy’s attention to detail he used computer software to work out what the alignment of the stars in the sky would be at that precise time, in order to paint the scene more accurately.

An early adopter of computer technology as a means of making art (in 1991), David Hardy continues working today, mostly in digital media. Though he has used most media in his long career in space art. In fact, his website Astroart.org, touts him as being “the longest-established living space artist in the West.” His career in space art is almost at its 70-year anniversary now.

His earliest illustrations were produced on scraperboard (a particularly useful medium for depicting space scenes. This is a black-surfaced card, which can be scraped away to reveal white areas, this creates a very graphic look). The artist has also used poster paints, gouache, acrylic, oils and enjoys sketching in pastels and ink. He has also used photography and photomontage.

His love of computers began with his first Atari ST with 512K of RAM in 1985. Since then He has upgraded many times, always staying with the latest and best. He uses an apple mac and Photoshop now, and has made some painting tutorials which are available on YouTube.

In 2019 that’s all very well, but in 1990 making computer art was a different story. Hardy pioneered some techniques, such as lens flare, and the use of certain finishes in new and unique ways. In particular, the Photoshop filter KPT5 which was said to be ‘amazing but quite useless’ for any practical application. Hardy decided to prove the reviewers wrong by using the warped metallic sheen effect to create the look of a spaceship for cover art of the July 2000 issue of F&SF.

“I know I’ve often said that flare is overused nowadays…but there are times when it really adds something…And, anyway, I was using it before computers, so I’ve got the right!”

The artist adds that the effect produces a photographic and more realistic effect, like taking a photo into the sun. This will inevitably cause some flare on the lenses and using this technique imitates that.

Some of his most iconic images are his moonscapes. Paintings of the small moons of the outer planets as seen from space, up close, as if we had actually gone there and stood on that surface and looked up into that sky full of a myriad of stars, bathed in that wan light from the distant sun and contemplated the spinning rings of Saturn. This was the more amazing, because they were mostly painted before there were accurate images available of these worlds.

A technique the artist uses to update his art, as new scientific discoveries are made, is to scan his paintings and adjust them digitally. In this way he can correct any scientific flaws and edit his work with ease (for example, to transform a fictional gas giant planet into an accurate depiction of Jupiter).

Another technique employed by Hardy, is the use of figures to create a sense of scale and drama to a scene. For example, in the cover image for his book visions of space Hardy added himself to the scene painting the landscape dressed in a spacesuit!

Though he has worked on a great number of projects of varying subject matter, including two books on prehistoric animals, a book about volcanoes: The Fires Within, album covers, advertising for a variety of things (from Guinness to computers), a mural and planetarium panoramas, he has always returned to space art.

Advocate for the popularization of science, Hardy has illustrated, written and produced several children’s books, including a novel, written by the artist: Aurora: A Child of Two Worlds. The artist also wrote and illustrated a regular science-fact column for the magazine Vision of Tomorrow about the solar system, and has written various articles over the years for numerous publications.

In fact, Hardy has worked in almost every field of art, during his long career. Producing computer game art (Kristal), concept art for movies (Neverending story) and even some space backgrounds for the cult BBC-TV series Blake’s 7. He even worked on conceptual sketches for a stage production.

However, Hardy will always be known for his space art; for portraying the future so accurately and for taking us into space with his imagination and art.