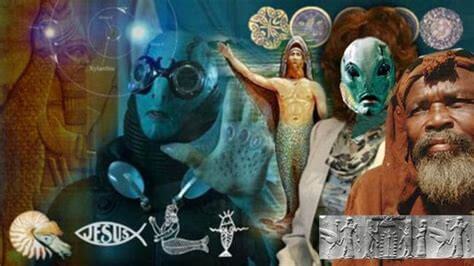 Deep in northwest Africa—more precisely in Mali—we find one of the oldest and most fascinating ancient cultures to ever develop on Earth.

The ancient Dogon tribe are known for their religious traditions, their ritual dances, their massive ritual masks, their wooden sculptures and their architecture.

However, they are also known for their incredible astronomical knowledge and their fascinating mythological accounts.

Sirius and Dogon, a mystic connection

The Dogon have a compelling ancient tradition. They mention myths and legends that go thousands of years into the past, predating possibly even their own history.

Some authors, like Robert M. Schoch, argue that the Dogon were a people who originated in Africa, but who had been forced to leave ancient Egypt due to religious persecutions.

It is in his opinion that the Dogon may preserve ancient Egyptian traditions and myths that may even have been carried into the present age, claiming that the Dogon have a powerful cosmic connection.

The sky for the Dogon is of extreme importance. In fact, if we take a look at Dogon mythology, we will find that the sky God Amma is said to have created the very first living creatures knows as the Nommo.

The Nommo are considered ancestral spirits, but they are also described as being amphibious, hermaphroditic, fish-like creatures.

They are often described as the masters of water, the monitors and even the teachers.

The Dogon maintain that the Sky god Amma created these beings in the distant pat.

Shortly after Amma created the first Nommo, the being transformed multiplying into four pairs of twins. One of these twins is said to have rebelled against Amma and the universal order created by the God.

Curiously, Amma is also called Amen. Amma, although commonly referred to as a male actually symbolizes both male and female principles, which is why its more properly characterized as a genderless being.

To restore order and bring peace, Amma sacrificed a Nommo, and dismembered its body, scattering it through the universe. Peace was restored.

But are these ancient accounts just parts of myths and legends?

Between 1931 and 1956, French anthropologists Marcel Griaule and Germaine Dieterlen traveled to northwest Africa to study the Dogon tribe.

At the end of 1946, Griaule spent thirty-three consecutive days holding conversations with a hogon (dogon shaman) named Ogotemeli, who is cited as the source of most of Griaule’s future publications about the Dogon.

Griaule wrote almost three thousand pages about the beliefs of the ancient Dogon tribe, where he detailed Dogon knowledge of plants and cosmogony among other things.

The Dogon allegedly revealed a number of secrets to Griaule and Dieterlen.

The Dogon explained the Nommos were the inhabitants of a world circling the star Sirius.

It is said that these Nommos came from the sky in a ‘vessel that was accompanied by fire and thunder.’

The Dogon Tribe allegedly believe how all of their astronomical knowledge came from the stars, more specifically from a Sky God. It is also maintained by a number of authors that the Dogon’s knowledge of Sirius A and B was given to them by beings not from earth.

In the honor of the Sky beings, the Dogon celebrate a festival, to honor their visitation and legacy.

During the festival, the Dogon wear wooden masks, depicting beings that are both humanoid in nature, but completely different.

Since the Nommo were amphibious beings, they needed water as they came to Earth, so they created a reservoir of water and dived into it since without a water-rich environment they would not survive.

According to the myth related to Griaule and Germaine Dieterlen:

“The Nommo divided his body among men to feed them; that is why it is also said that as the universe “had drunk of his body,” the Nommo also made men drink. He gave all his life principles to human beings.” The Nommo are also thought to be the origin of the first Hogon.

The Dogon further revealed to Griaule and Dieterlen how their God Amma came from a specific star in the Constellation of Sirius.

That specific star is called by the Dogon Po Tolo, while modern astronomers refer to it as Sirius B.

So where did that knowledge come from?

The curious thing is that Sirius B is so far from Earth, that it’s not even visible with naked-eye observations.

Sirius is the second nearest star from our star system, and its located around eight light-years away.

Here’s where it get’s even more interesting.

Sirius B was first discovered by German astronomer Friedrich Bessel, who deduced that the star had an unseen companion from the changes in the proper motion of the main component. The American astronomer Alvan Graham Clark was the first to observe the dim companion on January 31, 1862.

But the ancient Dogon knew about the existence of Sirius B way before modern astronomers managed to see it through their telescopes.

The obvious question here is… how did the Dogon get this knowledge?

Was it really given to them by the Sky Gods? Or is there another explanation?

Ancient Astronaut theorists argue that it is possible that the beings known as Nommo’s brought them this knowledge, and they may have been an extraterrestrial intelligence.

To try and put an end to the mystery and answer where the Dogon obtained their knowledge from, modern critics suggest that Dogon astronomical knowledge was given to them by modern ethnologists. However, as argued by several authors, that’s incorrect since it is a well-known fact that their stories about Sirus go back hundreds of years earlier than any modern ethnologist ever traveled to Mali and studied the ancient Dogon and their history.

This leads to a dilemma. An even greater mystery arises from the inability to understand the Dogon.

If someone actually manages to prove that all this information that the Dogon are telling us is exactly correct, this would be a huge deal, as it would mean that the earth was in fact visited by beings from outer space thousands of years ago, and these beings interacted with cultures around the globe.

All of this means that the Dogon inherited that astronomical knowledge. But from whom did they inherit it from? Did they obtain this knowledge from an ancient civilization that predated them? Or is it possible that all of their knowledge came from the stars, as some of their oral legends suggest?