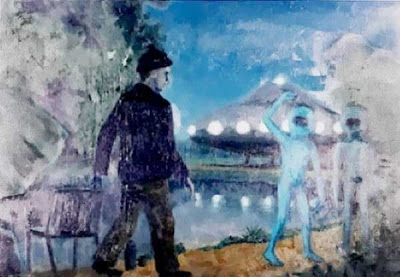 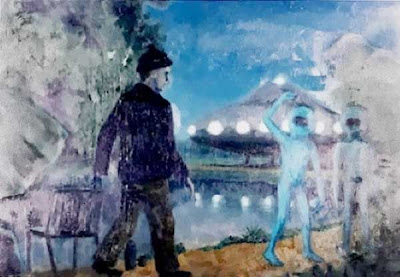 On August 12, 1983, 77-year-old Alfred Burtoo was enjoying some fishing in the Basingstoke Canal in Aldershot, Hampshire, United Kingdom. He was a keen and experienced fisherman, and since the weather report predicted a warm, fine night, he set off from his home in North Town, Aldershot, at 12:15 a.m., accompanied by his dog Tiny. On reaching Government Road he headed toward his fishing site, about 120 yards north of the Gasworks Bridge.

Because of its many military establishments Aldershot is known as “The Home of the British Army,” and Alfred Burtoo himself had an Army background, having served in the Queen’s Royal Regiment in 1924 and the Hampshire Regiment during World War II. Well known as a historian, he had in his time worked as a farmer and gardener, and while living in the Canadian outback hunted bear and fought wolves. Prior to his experience he had read no books or magazines on the subject of UFOs, which held no interest for him, yet much of what he claimed has been corroborated by other witnesses.

After getting comfortable, his concentration on the water was interrupted by a bright light descending from the sky. Whatever this was, it landed not too far away from Burtoo. There was a Mod base in the vicinity, and he thought maybe he had seen a helicopter land. Burtoo had just poured himself a cup of tea, when his dog Tiny became very nervous. Two beings suddenly appeared out of the darkness. “They were about four foot high, dressed in pale green coveralls from head to foot,” Burtoo told reporters. “and they had helmets of the same color with a visor that was blacked out.” The two beings beckoned for him to follow them. He obliged. Burtoo would later say that he was afraid of nothing, and regarding his encounter, which would have terrified most people, said: “What did I have to fear? I’m seventy-eight now and haven’t got much to lose.”

Burtoo followed the two strange beings until they arrived at a flying saucer that had set on the ground. He ascended the stairs leading up to the craft until he could go no further. The ceiling was too short and he had to bend over to continue. He was now inside of a black, metallic chamber. The room had a foul smell, like decaying meat.

“I did not see any signs of nuts or bolts, nor did I see any seams where the object had been put together,” he recalled. “What did interest me most of all was a shaft that rose up from the floor to the ceiling. The shaft was about four feet in circumference, and on the right-hand side stood two forms similar to those that walked along the towpath with me.”

The curious old fisherman was then instructed to stand underneath an orange light. This light seemed to scan his body for several minutes. “What is your age?” asked one of the beings, in a voice which sounded like “a mixture of Chinese and Russian”. When he told them his age, he was told that he could go. He was told he was too old and sick for their purposes. Burtoo then walked out of the ship, down the stairs and back to this fishing spot.

“The first thing I did was to pick up my cold cup of tea and drink it,” he recalled. “…then I heard this whining noise, just as if an electric generator was starting up, and this thing lifted up then took off at a very high speed. I got into what I had come out for…the fishing!” He would later tell newsmen that it was one of the greatest experiences of his life. 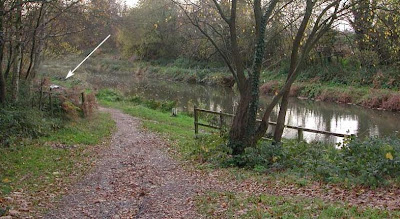 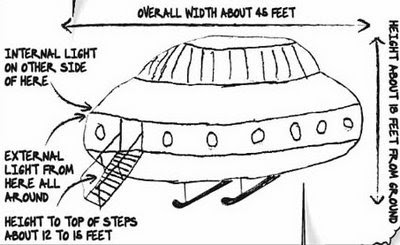 There was no physical evidence of the crafts landing, and no marks of any kind on Burtoo. He did experience some loss of appetite and weight loss as well as some difficulty sleeping, but that passed after a short time. Burtoo was the only witness, and we may have to take his word, as he was not given to making up stories, and had no reason to perpetuate a hoax. He gained nothing from his experience except being in the local papers. Despite Mr Burtoo having passed away on August 31st, 1986, with almost religious regularity the local news papers write an abbreviated story about Mr.Burtoo’s encounter each year to coincide with the anniversary of this now famous encounter, and always they trivialize the case, running him down and generally making this witness a laughing stock.

His wife, Majorie, was asked if he had every confessed to her that the encounter was a hoax. She vehemently denied that Burtoo lied…”what Alf told you was the absolute truth. My friend who was with me when Alf came home can verify what he said. He looked absolutely shaken and he told both of us about his experience that he had with the UFO….”

NOTE: I’ve always been a bit wary of this case, though, a few people I have talked to who were knowledgeable of this encounter find it significant that Burtoo had no prior interest in UFOs and technology. Still, this story does leave a lot of questions that will never be answered…Lon