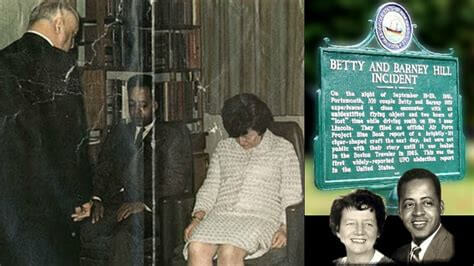 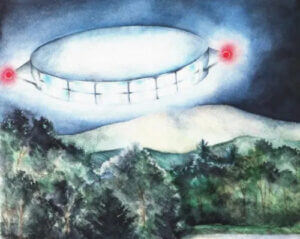 Dr. Benjamin Simon began hypnotizing the Hills on January 4, 1964. He hypnotized Betty and Barney several times each, and the sessions lasted until June 6, 1964. Simon conducted the sessions on Barney and Betty separately, so they could not overhear one another’s recollections. At the end of each session he reinstated amnesia. On the drive back home to Portsmouth, New Hampshire after a trip to Montreal Québec, Betty and Barney Hill caught sight of a UFO. The object followed them down the highway for some before swooping in over top of their car, producing some strange noises, and suddenly disappearing. But when the Hills reflected on the sequence of events that night, they realized that more had happened than they’d remembered. After undergoing hypnotherapy, the couple recovered memories of being taken aboard an extraterrestrial spaceship and subjected to intrusive medical examinations. This was the first widely publicized UFO case in modern history to involve so-called “missing time,” and it brought the subject of alien abduction to a world audience.