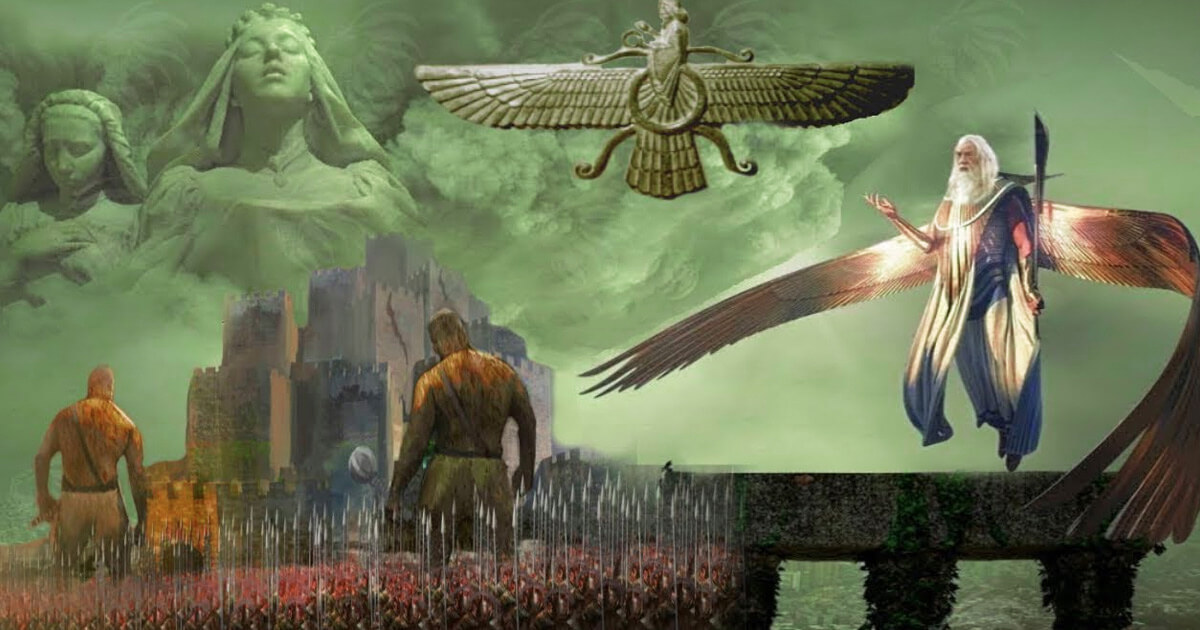 Universe Inside You
In its entirety, The Book of Enoch is made up of five books – The Book of Watchers, Book of Parables, The Astronomical Book, The Dream Visions, and The Epistles of Enoch – containing some 100 chapters. These chapters tell the story of the 7th patriarch in the Book of Genesis – Enoch, the father of Methuselah and grandfather of Noah, the same Noah in the biblical story of Noah’s Ark. Yet, this was not the biblical story of Noah’s Ark. In fact, the Book of Enoch provides an entirely different recounting of the events leading up to the Great Flood of Noah’s time, that is, a completely different doctrinal history. It tells a story of the Watchers, explained in biblical terms to be fallen angels, sent to earth to watch over humans at some undefined and ancient point in time. Unfortunately, far from merely watching humans, these Watchers became infatuated by human women, and in short order, began to engage in depraved sexual acts with them. The Book of Enoch tells of the children born through this interbreeding between Watchers and humans, called the Nephilim. These Nephilim were as described: “giants and savages that endangered and pillaged humanity,” or, said another way, “supernatural, man-eating giants.” Angered with what the Watchers had done, those described as gods chained them in a subterranean prison deep within the earth. Enoch became the go-between gods and imprisoned Watchers.

The Book of Enoch is quite an interesting read, to say the least as it was nicknamed The Cursed Book in the past for its rather blasphemous teachings. The final chapter of the series is known as the Epistles of Enoch and it is arguably the most controversial.

Regardless, no book is spared from controversy as each of them brings up a new side to the spectrum known as religion. The 100 chapters brought up in this series are all brought up from Enoch’s own perspective, and about how he, as the 7th patriarch, died and went to heaven where he became the middleman between the Angels and the Fallen Angels.

He is the father of Methuselah who fathered Noah from the famous story known as Noah’s Ark and in this series, he brings up how angels and demons, monsters, and gods are all alien in nature after all.

According to Enoch, the Watchers are the angelic creatures that look over humanity from the flying white palace that travels through time and space itself. When they first encountered humanity the angels actually procreated with human women which resulted in the creation of the Nephilim. The Nephilim almost destroyed humanity before they were taken down by the Great Flood.

If you want to find out more check out the following video.