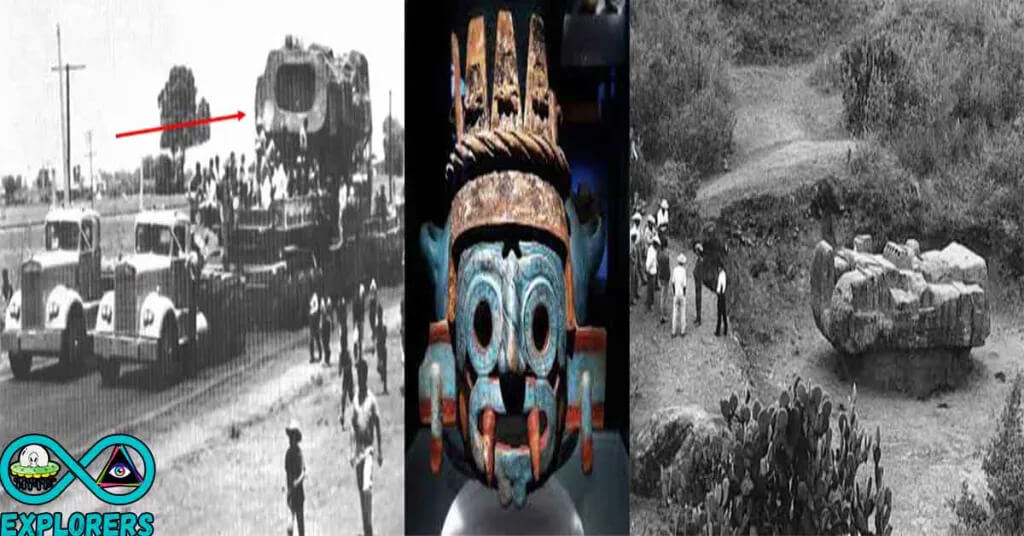 Tláloc, one of the most important gods of the Aztec culture, has a monument that has generated some controversy among theorists. The statue is located in Caotlinchan and is shaped like a spaceship.

However, there is a megalithic monument to this god that has generated uncertainty among archaeologists. Its shape is very reminiscent of a spaceship.

Tlaloc, the Aztec god of rain and lightning

Tláloc is one of the most important gods in the entire Aztec pantheon. He is considered the god of rain, lightning, and agriculture.

To the ancient Aztec inhabitants, he was a good god. It was he who provided the rain so that the crops would grow. However, he was also regarded as a ruthless and destructive deity, as he caused storms and droughts.

In the Aztec Creation myth, Tláloc was the ruler of the 3rd Sun. He was linked to Mázatl, the 7th day.

Its calendrical equivalent was 9 Océlotl and it was considered the 8th of the 13 lords of the Day and the 9th lord of the Night. His animal sign was the eagle.

However, many historians assure that the origin of Tláloc is probably much older than is believed. This is because he compares many similarities with the Olmec God IV and the Mayan God B or Chac.

In the different Mesoamerican cultures, Tláloc appears as Dzahui for the Mixtecs, Tajín for the Totonacs, Chupithripeme for the Tarascans, and Cocijo for the Zapotecs.

In Coatlinchan there is a mysterious statue of Tláloc that has impressed locals and strangers. This megalithic structure was built with basalt and was sculpted by expert hands since every detail is very well preserved, even today.

However, one of the things that have bothered experts the most is not its complexly elaborate structure, but its weight. Despite being a relatively small statue compared to others, it is as old-fashioned as one of the Moai statues on Easter Island.

When the monument is closely analyzed, it becomes quite clear that this is not a statue solely to venerate the deity.

The shape of a spaceship it has is a mystery that archeology has not been able to explain. However, many theorists claim that this is the reason why there is so much iconography in the place.

Is it possible that this is an Aztec representation of the spacecraft that the Ancient Astronauts used when they visited? Or, on the contrary, is its shape a mere coincidence?