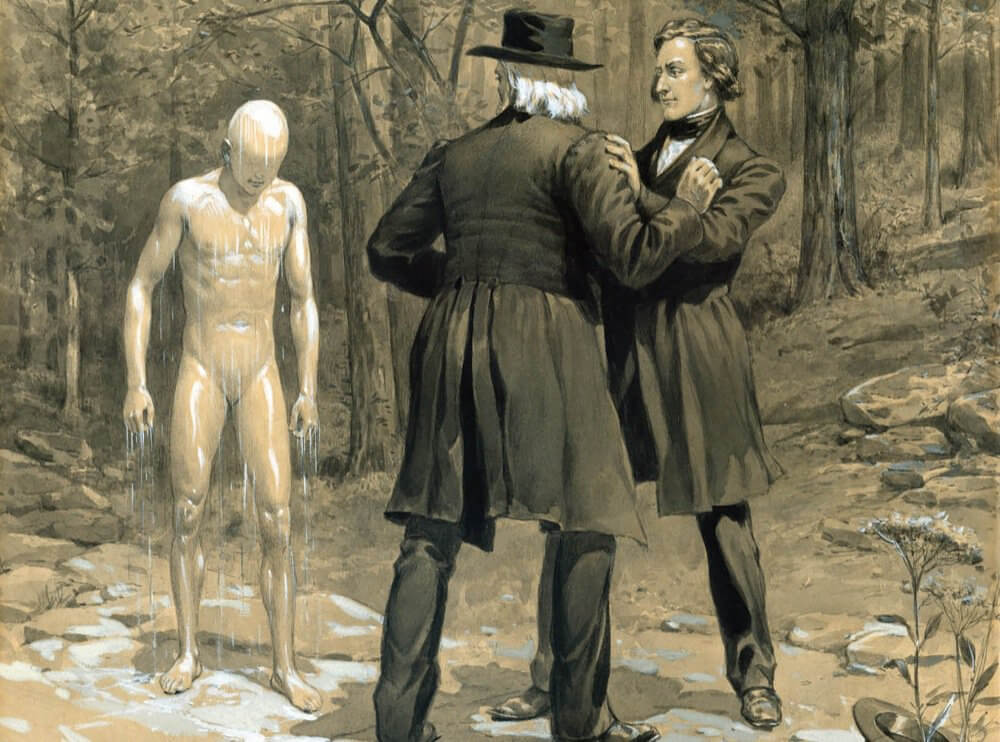 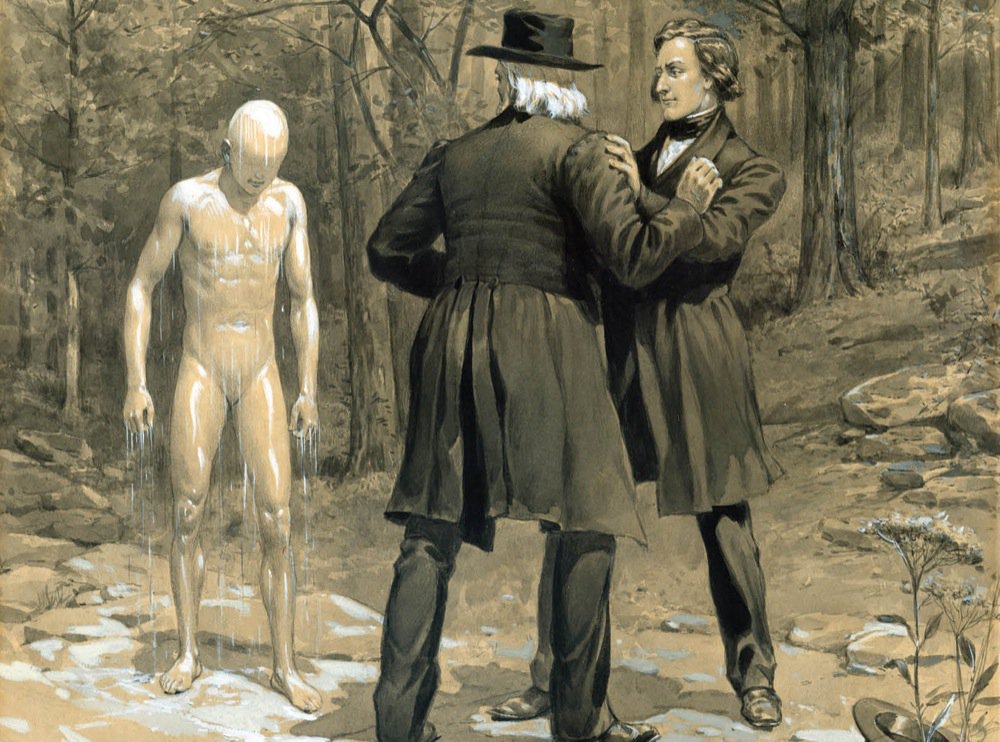 The report from the book ‘Etidorhpa’ takes place in Cincinnati, Ohio, in the 1860’s regarding a student of science named Llewellyn Drury that had a visitation from a mysterious stranger. This strange being claimed to have formerly been a freemason who undertook a remarkable journey into the Earth’s crust and eventually into the interior itself, some 800 miles beneath the outer surface of the earth.
​Unfortunately his name was never revealed but he made a promise with Mr. Drury to write a manuscript in which the stranger was to read to him and publish 30 years later.Requiring many sessions, the manuscript was then read aloud over a period of time. After the last reading the manuscript was presented to Llewellyn Drury along with sealed instructions to be opened at the proper time.After the agreed upon interval Llewellyn uncovered the manuscript and gave it to a friend: the author John Uri Lloyd, who, after hearing his story of the visit by the mysterious man, set upon the task at hand. Also, as the being instructed, he hired an artist, J. Augustus Knapp, to illustrate the volume.According to the manuscript, the stranger who was only referenced as ‘I am the Man’ was taken into the inner-earth through a cave in Kentucky during the early nineteenth century. His guide was a subterranean dweller who was a member of a secret society whose objective was the preservation of important knowledge or wisdom for the future enlightenment of mankind. The objective of this excursion was to learn about the Earth’s inner shell, where the student was to receive advanced schooling in the mysteries of the universe. The book Etidorhpa described this amazing descent through the caverns of the inner earth in detail.

““…we now approach a zone of earth light; let us hasten on.”

“A zone of light deep in the earth! Incomprehensible! Incredible!” I muttered, and yet as we went onward and time passed the darkness was less intense. The barely perceptible hue became gray and somber, and then of a pearly translucence, and although I could not distinguish the outline of objects, yet I unquestionably perceived light.

“I am amazed! What can be the cause of this phenomenon ? What is the nature of this mysterious halo that surrounds us?” I held my open hand before my eyes, and perceived the darkness of my spread fingers.

I wept in joy, and threw my arms about my guide, forgetting in the ecstasy his clammy cuticle, and danced in hysterical glee and alternately laughed and cried. How vividly I realized then that the imprisoned miner would give a world of gold, his former god, for a ray of light.

“Compose yourself; this emotional exhibition is all evidence of weakness; an investigator should neither become depressed over a reverse, nor unduly enthusiastic over a fortunate discovery.”

But we approach the earth’s surface? Soon I will be back in the sunshine again.”

“Upon the contrary, we have been continually descending into the earth, and we are now ten miles or more beneath the level of the ocean.”

I shrank back, hesitated, and in despondency gazed at his hazy outline, then, as if palsied, sank upon the stony floor; but as I saw the light before me, I leaped up and shouted:

“What you say is not true; we approach daylight, I can see your form.”

“Listen to me,” he said. “Can not you understand that I have led you continually down a steep descent, and that for hours there has been no step upward? With but little exertion you have walked this distance without becoming wearied, and you could not, without great fatigue, have ascended for so long a period. You are entering a zone of inner earth light; we are in the surface, the upper edge of it. Let us hasten on, for when this cavern darkness is at an end- and I will say we have nearly passed that limit- your courage will return, and then we will rest.”

“You surely do not speak the truth; science and philosophy, and I am somewhat versed in both, have never told me of such a light.”

“Can philosophers more than speculate about that which they have not experienced if they have no data from which to calculate? Name the student in science who has reached this depth in earth, or has seen a man to tell him of these facts?”

“Then why should you have expected any of them to describe our surroundings? Misguided men will torture science by refuting facts with theories; but a fact is no less a fact when science opposes.”