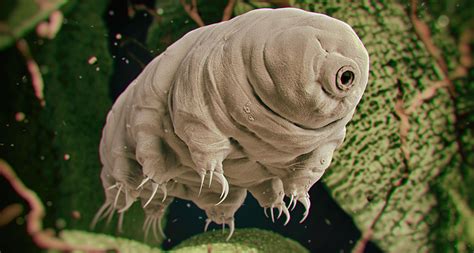 Small tardigrades, which are distinguished by their amazing adaptability to the external environment and extraordinary survival, maybe the first colonizers of the moon. Scientists suspect that they could survive the disaster of the lunar apparatus Beresheet, which crashed from a monstrous blow to the lunar surface.

The catastrophe took place on April 11 this year. The spacecraft, which launched from the Earth a month and a half before, on February 22, was supposed to smoothly lie on the surface of the moon.

However, as it approached the moon, the computer program crashed and Beresheet became uncontrollable. Naturally, there was no question of any gradual decline. With great acceleration, it rushed to the surface of the planet and crashed against rocky lunar soil at a speed of about 500 kilometers per hour.

Of course, the apparatus itself and everything it contained was smashed to smithereens. However, scientists suggest that something could still survive.

The fact is that the contents of the crashed apparatus were very interesting. It was sent to the moon with a disk on which almost all the articles of the English-language Wikipedia were recorded.

In particular, tardigrades are able to survive in the crater of an active volcano and, even for some time, in vacuum and space cold. Therefore, the moon, in general, may seem a resort to them.

Scientists believe that solar radiation and extremely large temperature fluctuations should nevertheless finish them off after several days on the moon. However, there are also other possible options: the debris of the fallen apparatus could burrow into the lunar soil. And those individuals that were buried in the soil could well survive.

In general, it may happen that until mankind once again gets to the moon, our satellite will already be colonized by another terrestrial species. And who knows, will the tardigrades want to take us on their own planet?