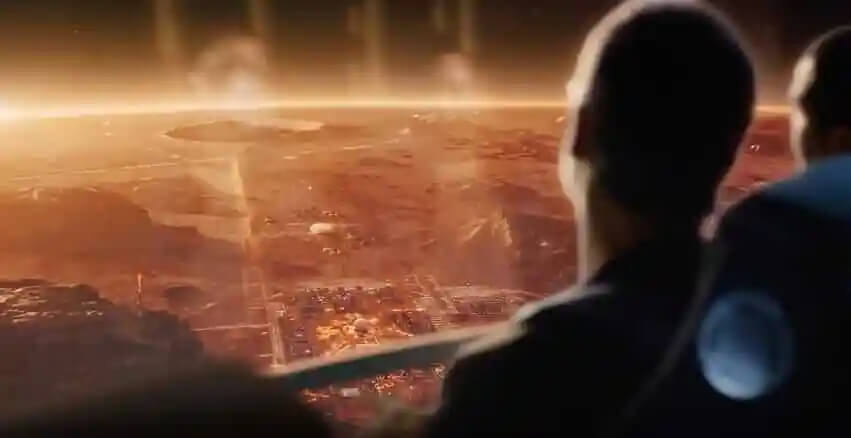 It is one of the most controversial stories of the last time and has already had some media impact. This is the interview granted by a former United States Marine to a TV channel, where he confesses to having spent 17 years of his life on Mars protecting the human colonies that are there, of two extraterrestrial species.

The subject, who spoke openly with the network ExoNewsTV under the pseudonym “Captain Kaye”, commented that, in the so-called Red Planet, there is a multinational military body that watches over the security of five human colonies called “Earth Defense Force” Of Defense of the Earth “). The military man was recruited there by a secret branch of the Marines of his country, assures in his delirious testimony.

Kaye said that the main colony is inside a crater and is known as “Aries Prime”. He also said that on the surface the air is breathable, but it can only be hot at times.

During his long stay, he said that he found two native species on Mars, which are very intelligent: a reptilian and an insectoid. The former are very aggressive in defending their territories, while the latter are also good at guarding their interests.

Captain Kaye added that, under normal conditions, recruits are required to serve 20 mandatory years on Mars and training for their mission took place on Titan (Saturn’s satellite), the Moon and deep space.

While these statements may sound very crazy to some, the ex-Marine went further by saying that after 17 years the “peaceful” environment between the human and Martian colonies ended abruptly. At that time, almost all Defense Force personnel were asked to take possession of an extraterrestrial artifact from a sacred cave for indigenous reptiles.

According to Kaye’s account, more than a thousand men and women were killed in a later battle, and only 28 soldiers, including himself, survived.

Following those bloody events, he says, a ceremony was held on the Moon that was presided over by the most influential people, including former US Defense Minister Donald Rumsfeld. That was the last thing he lived as a member of the land forces and now he is looking for documents to prove his fantastic sayings.

As crazy as this story may sound, some people call it “credible”, such as the website Exopolitics.org, who argue that Captain Keye would not be the first person hired to work on Mars. The page mentions that Michaek Relfe, another retired military man, was also there, and even Laura Eisenhower, the granddaughter of President Eisenhower, was tempted to go to the neighboring planet.

In fact, a man who claims to be a former CIA official named, Andrew Baciago, had already spoken much earlier about the alleged human colonies on Mars. What do you think of this story? Leave us your comment! (I.e.