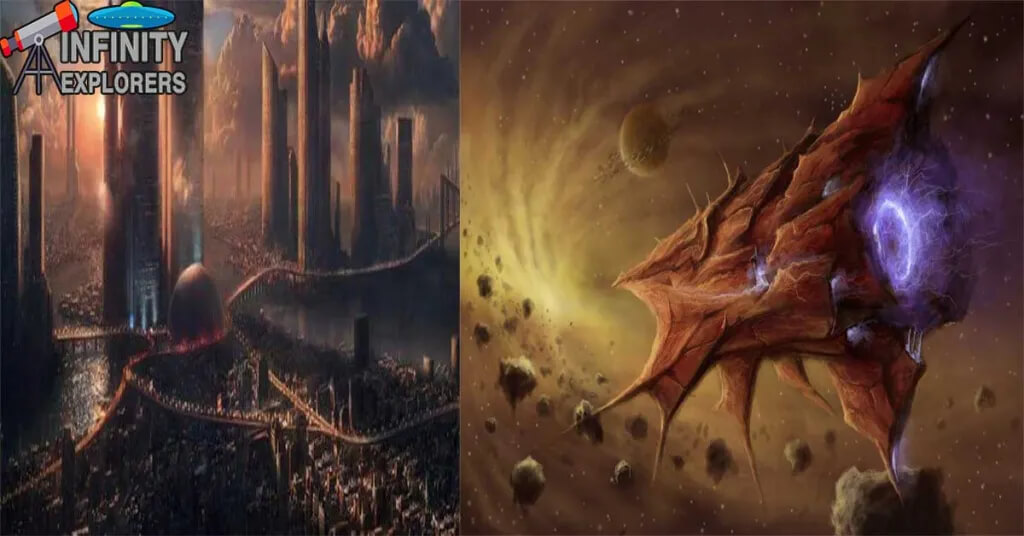 In 2016, Iraqi Transport Minister Kazem Finjan made a sensational statement during his business trip to Dhi Qar.  According to him, the Sumerians had their own spaceport(Sumerian spaceship) and actively traveled in outer space, including flying out of the solar system.

The Sumerians were one of the ancient highly developed civilizations that lived about 5000 years ago in Mesopotamia between the Tigris and Euphrates rivers. This territory later became Babylonia and is now in Iraq and Syria.

The ancient buildings of the Sumerians (ziggurats) are striking in their grandeur and are not inferior to the Egyptian pyramids. Naturally, many theories have been put forward about the purpose of these ziggurats, including those of interest to ufologists. However, no one expected the country’s official to make such a statement.

The Sumerians believed in many gods. They prayed to Anu (the supreme god or god of the sky), Enki (the god of water, knowledge, mischief, crafts, and creation), Enlil (the Lord of the Wind), Inanna (Queen of Heaven), Utu (the sun god) and Sin (the moon god).

They invented many technologies, including the wheel, cuneiform, arithmetic, geometry, irrigation, saws, and other tools, as well as sandals, chariots, harpoons, and beer.

Finjan is sure that the ancient Sumerians were also well acquainted with space and that the first platforms for spacecraft were built on the territory of the Sumerian cities of Ur and Eridu about 5 thousand years ago.

Finjan said that if someone does not believe him, then they can read the book of Zechariah Sitchin or the works of Samuel Kramer. Sitchin is a very famous author in UFOlogy, and Kramer is considered one of the best Sumerian specialists in the twentieth century, who studied Sumerian myths about the creation of the world in the most detailed way.

Some researchers in the field of alternative history and “forbidden archeology” also believe that the ruins of the Sumerian ziggurats are something like the ancient space landing sites of Sumer. This includes the best-preserved ziggurat of Ur, excavated in the 1930s, just as Kramer was actively exploring ancient Mesopotamia.

The architecture of ziggurats has long amazed historians and archaeologists; it is indeed something very impressive and majestic. And who knows how they looked in their full form. In addition, it is possible for a reason that the ziggurats had flat, flat platforms on top; it was on these platforms that small alien ships would land.

All this can be considered just tales of fans of “green men”, but it is difficult to deny the fact that the ancient Sumerians really knew too much about space for ordinary farmers and pastoralists.

Several years after Finjan’s speech, Professor Kamal Aziz Ketuly published the following. While visiting the Iraqi Museum in Baghdad, in the Sumerian wing, he noticed three Sumerian clay tablets with cuneiform and drawings dating from about 3000 BC.

According to him, on one of the tablets, he found drawings very similar to the heliocentric image of the solar system. That is, the Sumerians may not have flown anywhere, but they perfectly understood how our galaxy works which is kind of impossible during such old times.

In addition, it is known that the Mesopotamians used an advanced calendar with months and years, which indicates that they already knew very well the movements of the Earth and the Moon.

Also, at one time, scientists discovered that the Sumerians were well aware of the existence of five planets in the solar system, visible to the naked eye. These planets are Mercury, Venus, Mars, Jupiter, and Saturn.