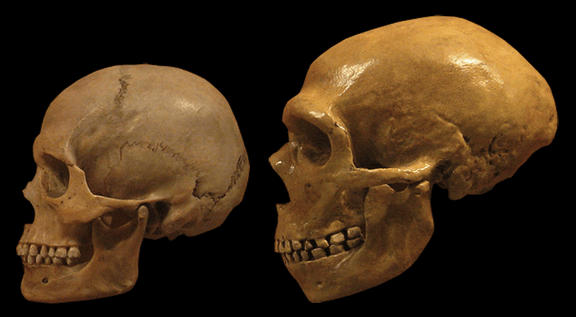 An analysis of the blood types of one Denisovan and three Neanderthal individuals has uncovered new clues to the evolutionary history, health, and vulnerabilities of their populations. Silvana Condemi of the Center National de la Research Scientifique (CNRS) and colleagues at Aix-Marseille University, France, present these findings in the open-access journal PLOS ONE on July 28, 2021.

Neanderthals and Denisovans were ancient humans who lived across Eurasia, from Western Europe to Siberia, from about 300,000 to 40,000 years ago. Previous research efforts have produced full-genome DNA sequences for 15 of these ancient individuals, greatly enhancing understanding of their species. However, despite being encoded in DNA, these ancient individuals’ blood types have received little attention.

In the new study, Condemi and colleagues investigated the previously sequenced genomes of one Denisovan and three Neanderthal individuals (ranging from 100,000 to 40,000 years ago)in order to determine their blood types and analyze the implications. While 43 different systems exist for assigning blood types, the researchers focused on seven systems that are often used in medical settings for blood transfusions.

This analysis of the four individuals’ blood types revealed new information about their species. For instance, the ancient individuals had blood type alleles—different versions of the same gene—in combinations that are consistent with the idea that Neanderthals and Denisovans originated in Africa. 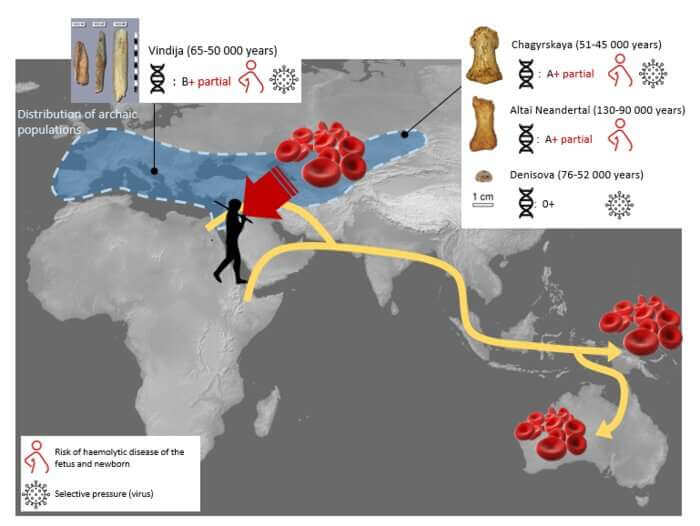 The Neanderthal individuals also had blood type alleles associated with increased vulnerability to diseases affecting fetuses and newborns, as well as reduced variability of many alleles compared to modern humans. This pattern is in line with existing evidence that links low genetic diversity and low reproductive success with the eventual demise of Neanderthals.

The authors add: “This work identifies the blood group systems in Neanderthals and Denisovans in order to better understand their evolutionary history and to consolidate hypotheses concerning their dispersal in Eurasia and interbreeding with early Homo sapiens.

The results of the Groups system analysis of Neanderthals and Denisovans confirm their African origin as well as the weakness in their fertility and susceptibility to virus infection leading to a high infant mortality rate.”